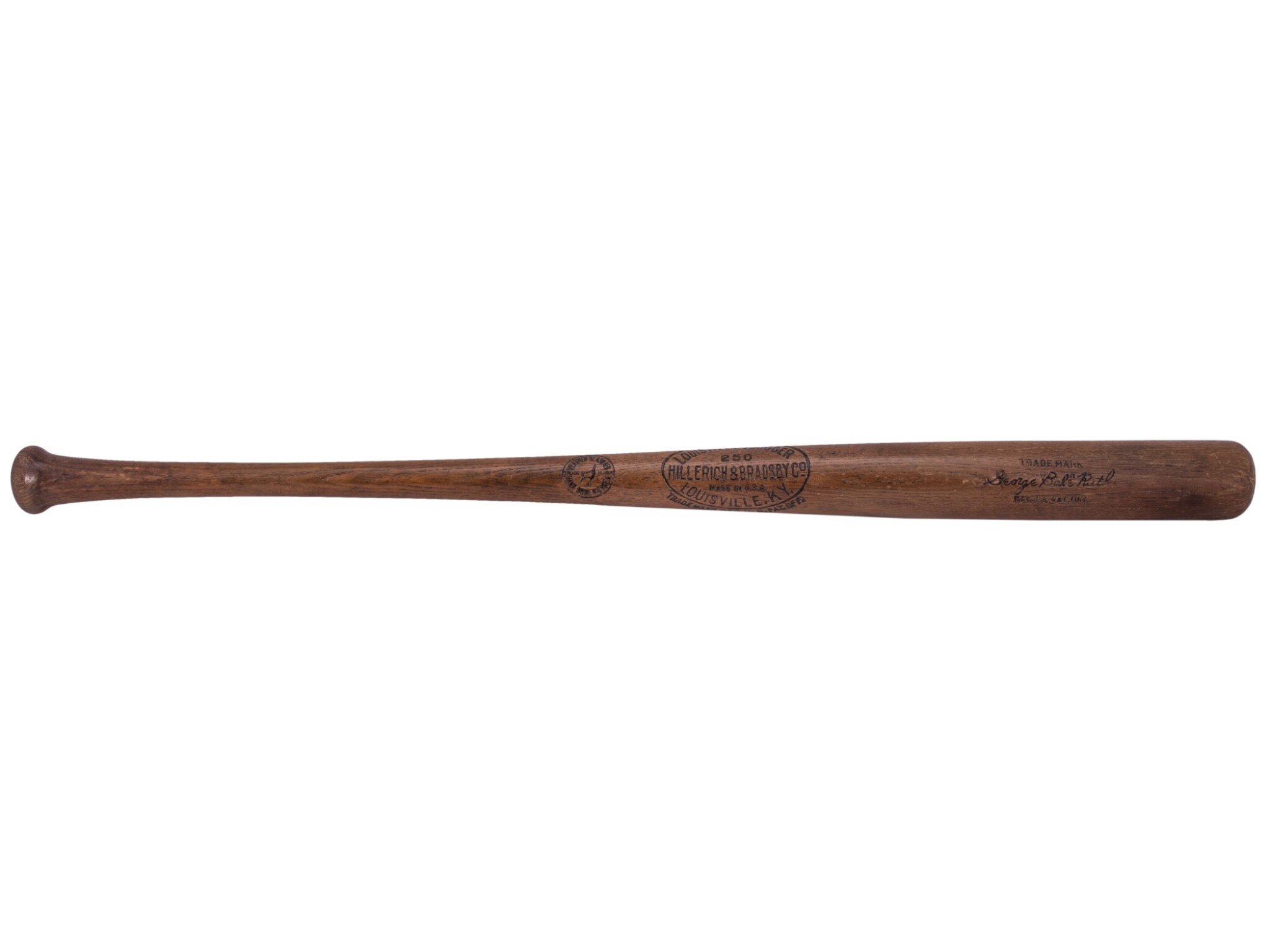 During the three seasons this bat dates to, Babe Ruth firmly established himself as the game’s greatest slugger. Though it’s hard to believe today, back in 1923 Babe Ruth, despite hitting an astonishing 59 home runs in 1921, was considered by many to be a flash in the pan. Since no one had ever remotely sustained such a volume of home runs before, Ruth wasn’t expected to continue his extraordinary record-setting hitting prowess. But this was no ordinary ballplayer – this was BABE RUTH.

The years 1923 to 1925 laid the groundwork for the rest of Ruth’s Hall of Fame career. In 1923, Ruth not only hit .393 with 41 home runs and won the MVP Award, but also led the Yankees to their very first World Championship. The next year his .378 average won him the batting title while leading the league in home runs, runs, walks, on base percentage, slugging, and strikeouts. 1925 would go down as the “year of the bellyache” as a sickly Ruth managed to play just 98 games. He did, however, hit 25 home runs – second best in the league –demonstrating that even in less than 2/3 of a season Ruth was still the greatest the game had ever seen.

This magnificent Hillerich & Bradsby bat was used by the Babe during those three explosive seasons. The center brand style dates it to the important 1923-25 period and the bat is un-cracked and displays excellent use. There are many ball marks with stitch impressions that are visible on the left and back barrel with slight checking from repeated ball contact present on the back barrel. The presence of ball marks on the left barrel is a characteristic seen on Babe Ruth bats, as the slugger customarily gripped his bat with the center brand facing down, contrary to the traditional label up grip used by most ballplayers. The weight is a Ruthian 41.2 ounces and 36 inches long, plus the knob, handle and barrel dimensions correspond to what would later be called Ruth’s R2 model bat. Existing documents do reveal Babe ordering bats with the 250 finish as found on this bat in 1920, but ordering records for 1924 currently held by Louisville Slugger, are not available, and the company was known to send sample bats featuring different features and finishes to well-known players like Ruth to try. In addition to the ball marks found on the left barrel, there are three other characteristics found on this bat that are common to Babe Ruth gamers: cleat marks on the barrel, scoring on the handle and on the barrel. Other features found on the bat includes general use on the right barrel and a few cleat imprints. A water stain, once present on the handle, has been professionally removed. Any game used bat attributed to Babe Ruth is something to behold, but to find one such as this which dates to the seasons in which he cemented his reputation as the greatest ballplayer of all-time is a true artifact of baseball history. This bat comes with a LOA from PSA/DNA (1B11184) for the game use and has been graded a solid GU 7.