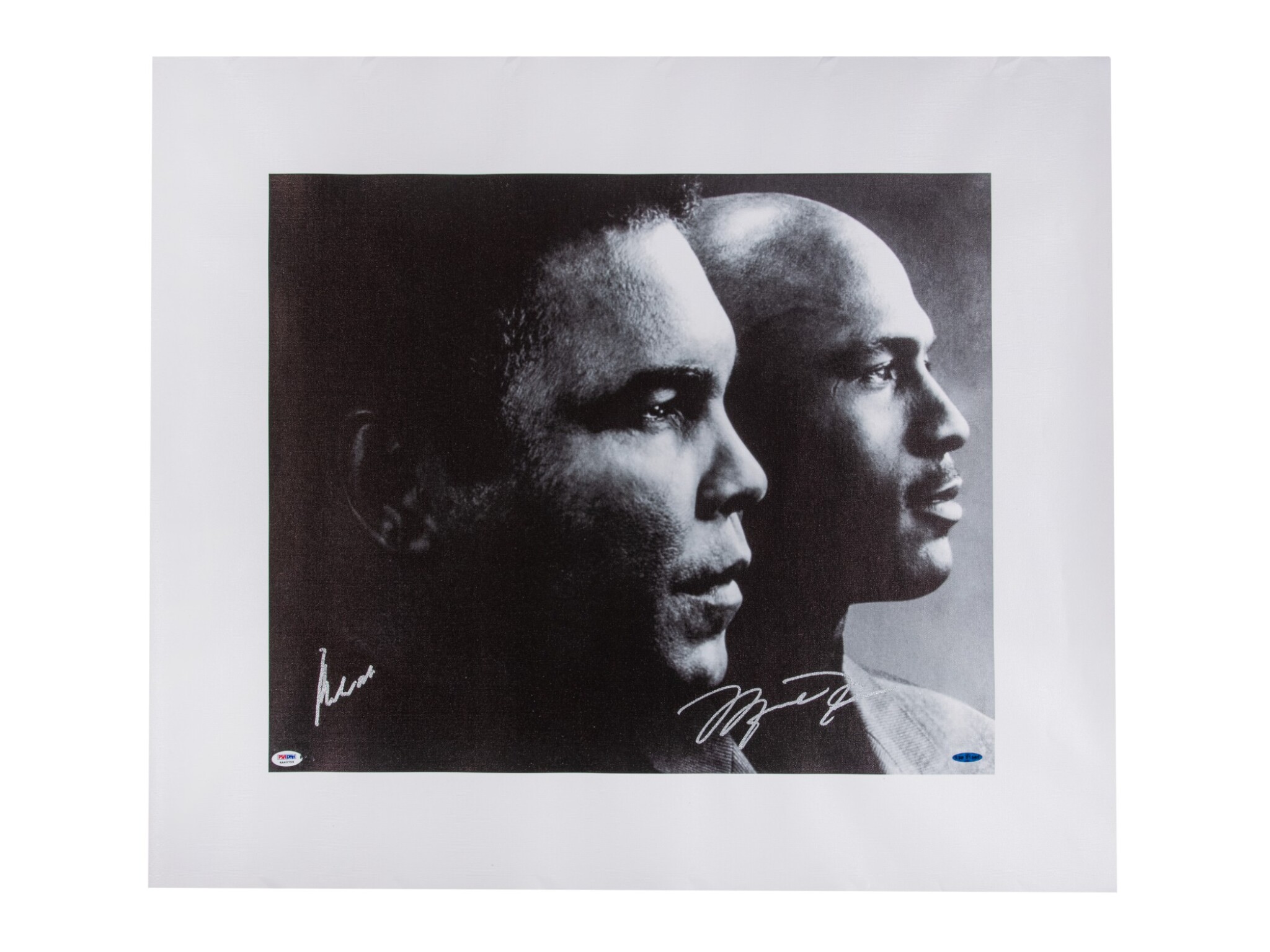 Presented is a Muhammad Ali signed 32 x 28-inch black and white canvas portrait of the three-time heavyweight boxing champion in a profile view alongside National Basketball Association legend Michael Jordan. Ali, who is at the center of the photo, has signed his name in silver marker in the lower left. Jordan, a six-time NBA champion, reinvigorated the sport during the 1980s, and brought a downtrodden Chicago Bulls to national prominence. Jordan, who is well known for his foray into minor league baseball, retired after the 2002-03 season, and was inducted into the Naismith Memorial Basketball Hall of Fame in 2009. Jordan signed his name in silver marker below Ali’s chin and onto his own image. The two great athletes, both of whom rose to fame in the late 20th century, were photographed in Chicago, Illinois in 1997 by noted portrait photographer J. Secuto. This dual-signed canvas piece comes with a STICKER ONLY from PSA/DNA (4A40759) and a STICKER ONLY from Upper Deck Authenticated (ESP01145).