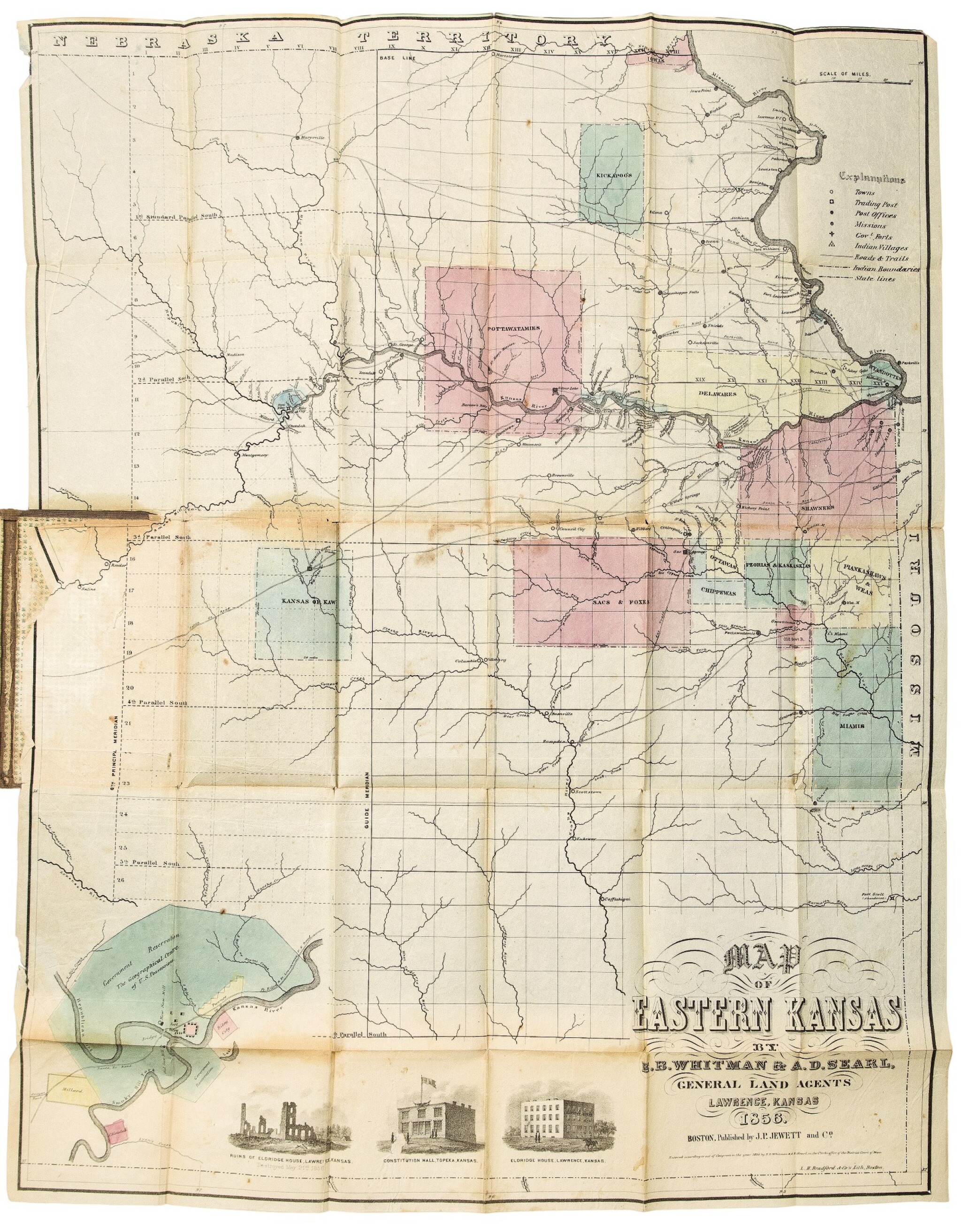 The passage of the Kansas-Nebraska Act of 1854 created those territories with the provision that the settlers in those states would decide whether slavery would be lawful. The border state of Kansas thus became a breeding ground for anti- and pro-slavery conflict. Pro-slavery Missourians, known as border ruffians, flooded into the eastern half of the state, specifically along the Missouri River where slave-based agriculture would be feasible. Anti-slavery forces rallied, sending settlers from the North, with most coming from New England. Free state settlements were created in Topeka (identified on the map as the "temporary state capital") and Lawrence (depicted here on the map as a red dot with a small American flag). On this map, both of those free-soil strongholds are shown with encampments of "Shannon's Posse" nearby, dated December 1855 — pro-slavery forces intended to intimidate the Topeka Constitutional Convention. The Kansas troubles are further depicted with the three vignette views, two showing the before and after images of the Eldrige House. Also known as the Free State Hotel, the house served as temporary quarters to incoming New Englanders. Border ruffians destroyed the building on May 21, 1856. It was in retaliation to this attack and others in Lawrence on that day that John Brown attacked pro-slavery settlers in what would become known as the Pottawatomie Massacre, igniting further violence in the region, and making Bleeding Kansas a major portent to the Civil War.