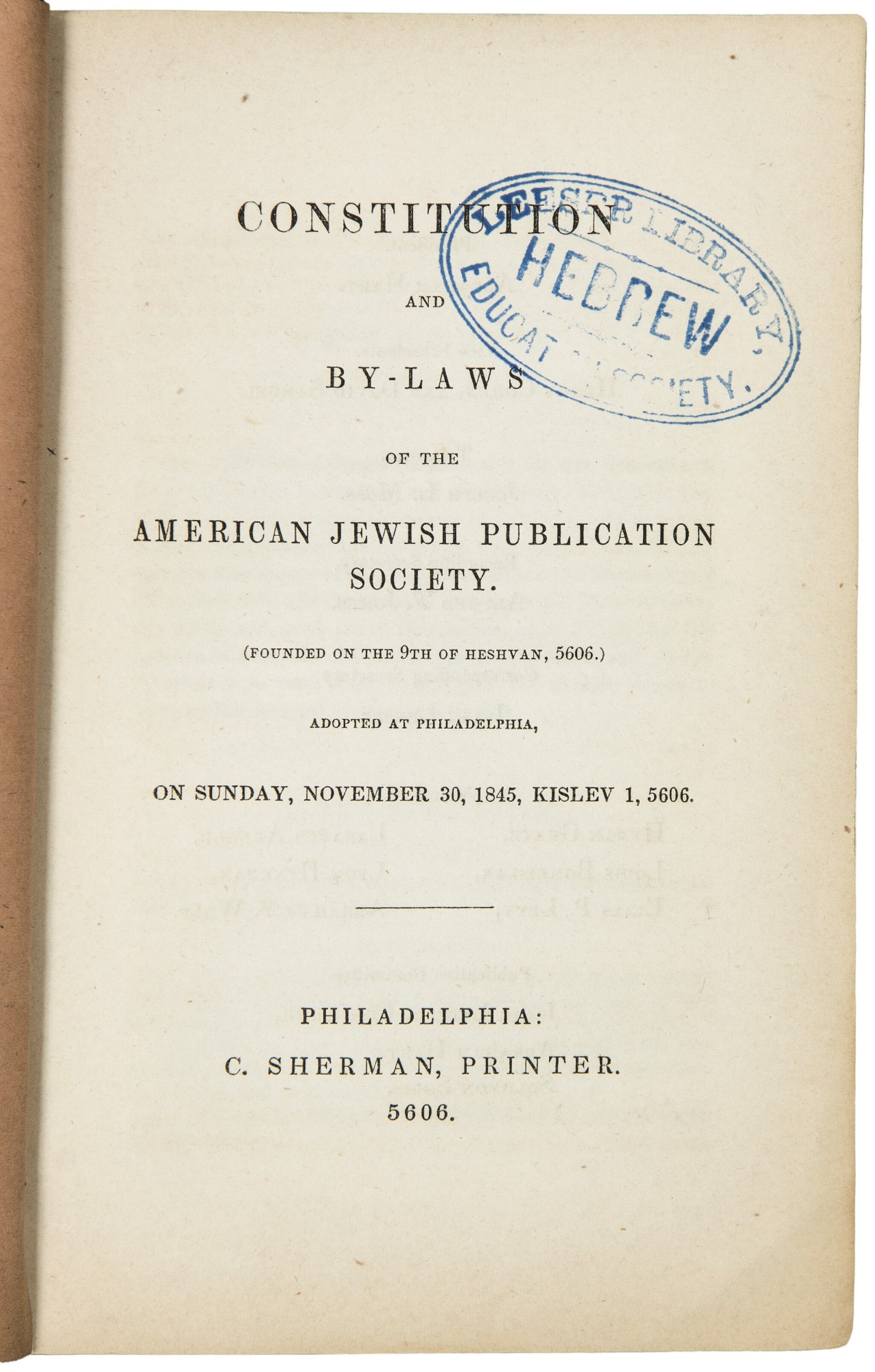 The founding of the American Jewish Publication Society: the first Jewish organization in the United States dedicated to the advancement of Jewish Culture and Religion

Isaac Leeser established the American Jewish Publication Society in 1845 in an effort to further Jewish education and defend against Christian missionaries. The Preamble of the Society's Constitution reads: "The subscribers, deeply impressed with the necessity of fostering Jewish Literature and of diffusing the utmost possible knowledge, among all classes of Israelites, of the tenets of their religion and the history of their people; and feeling that the attainment of this project is beyond the means of any individual, and that association is a powerful lever to foster any great and good cause, do combine, as a society, for the purpose of carrying the above objects into effect, and pledge themselves to each other to contribute all in their power to promote the interest of their association."

Singerman 881; not in Rosenbach