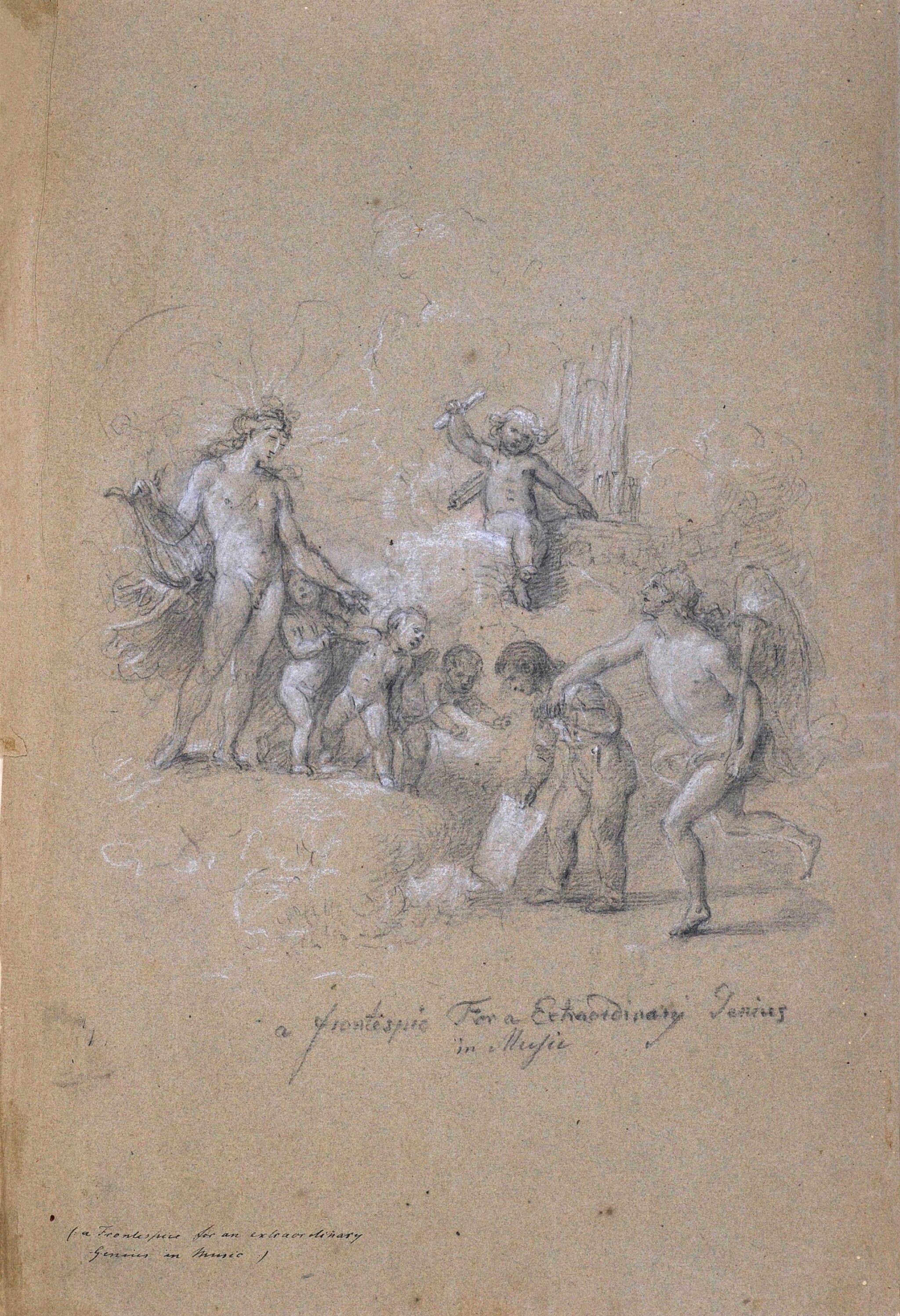 A FRONTISPIECE FOR AN EXTRAORDINARY GENIUS IN MUSIC

inscribed in black chalk, a frontespic For a Extraordinary Genius / in Music, (lower centre) and bears inscription in brown ink, (: a Frontespice for an extraordinary / Genius in Music :) (lower left)

Not examined unframed. Very light vertical crease down left edge of sheet. One or two other very minor spots towards bottom, and a number of tiny holes (worm?) towards bottom right corner, but overall condition of sheet and chalk otherwise good. Sold in a modern giltwood frame.

This is a preparatory study for a print, engraved by James Stow in 1797, which was used for the title-page to William Southbrook’s publication: Attempts to Compose Six Sonnets and Six Sonatinas.1

The work shows Southbrook, who was only eleven years old when he wrote these compositions, presenting his manuscript to Apollo. Impressed, the god of music has summoned Fame to escort the boy away from Mount Olympus.