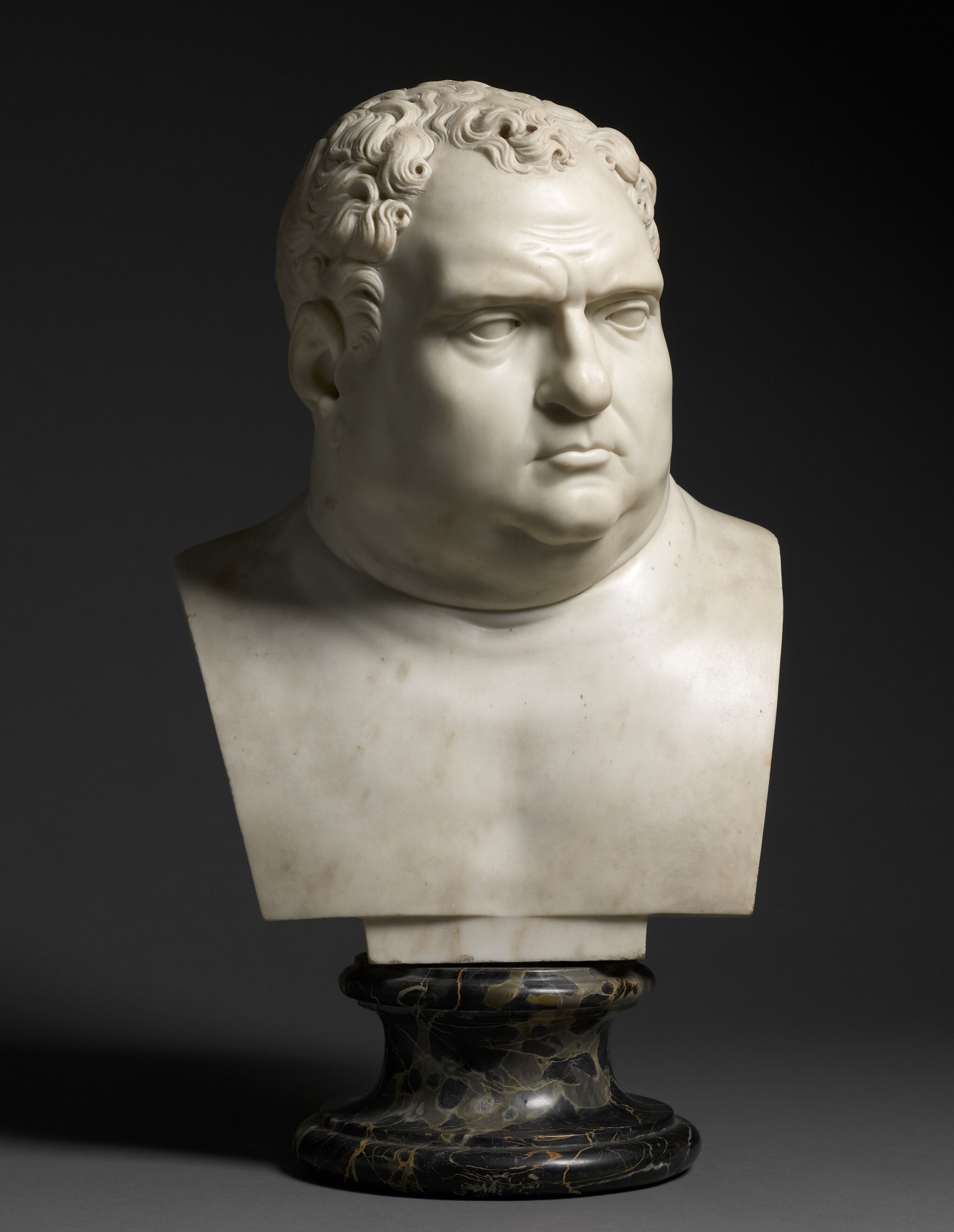 marble, on a Nero Portoro socle

Overall the condition of the marble is excellent with minor dirt and wear to the surface consistent with age. There are a few minor naturally occurring inclusions to the marble. There is natural veining to the marble consistent with the material including across the chest. There are some yellow marks including to the proper left side. The socle is associated and there are some restored breaks with minor losses and unstable sections at the back.

This lot is currently stored off-site. For information regarding collection please contact clemmie.tatham@sothebys.com.

Vitellius is among the most recognisable Roman emperors and was therefore a popular subject for portrait busts from the 16th century onwards. Few, however, are as beautifully carved as the present arresting marble portrait. Vitellius was born on 24 September of the year 15 AD and came from humble origins. Despite that, it seems that he asserted himself in politics early on in life, becoming Consul at only 33 years of age. By the year 61 AD, Vitellius was Proconsul of Africa and it was in this capacity that his ability to lead people became apparent to Emperor Galba. Vitellius was picked to command the army of Germania Inferior and quickly became known for his generosity and good-naturedness by feting his soldiers incessantly. His troops grew so fond of him that a coup was organised to oust the Emperor Otho and put Vitellius in his place; in 69 AD he was proclaimed Emperor by the majority of the Roman forces abroad and marched for Rome. Once installed in office, he gave his raucous soldiers feasts, games and free reign in the city. Vitellius' bacchanal would not last long however. The general in charge of the Roman Legion in the eastern provinces, Vespasian, got wind of the excesses of the Emperor's administration and toppled the good natured Vitellius only months after his accession.

The present bust is particularly finely carved with a near pristine original surface. It follows the ancient model exemplified by a Roman marble version formerly in the Grimani collection (from 1523) and now in the Museo Archeologico Nazionale di Venezia (inv. no. 20). The quality of the carving is high and is comparable with output from sculptors who operated in the workshop of the great Neoclassical sculptor Bertel Thorvaldsen in Rome in the 1820s and 1830s. The bust is a particularly engaging portrait and gives a potent visual impression of the indulgence of the Roman elite described by Nero’s courtier Petronius in his witty Satyricon, written during Vitellius’ lifetime (though prior to his rule, under Nero). It is undoubtedly an engaging symbol of the pomp and excess of the Caesars.