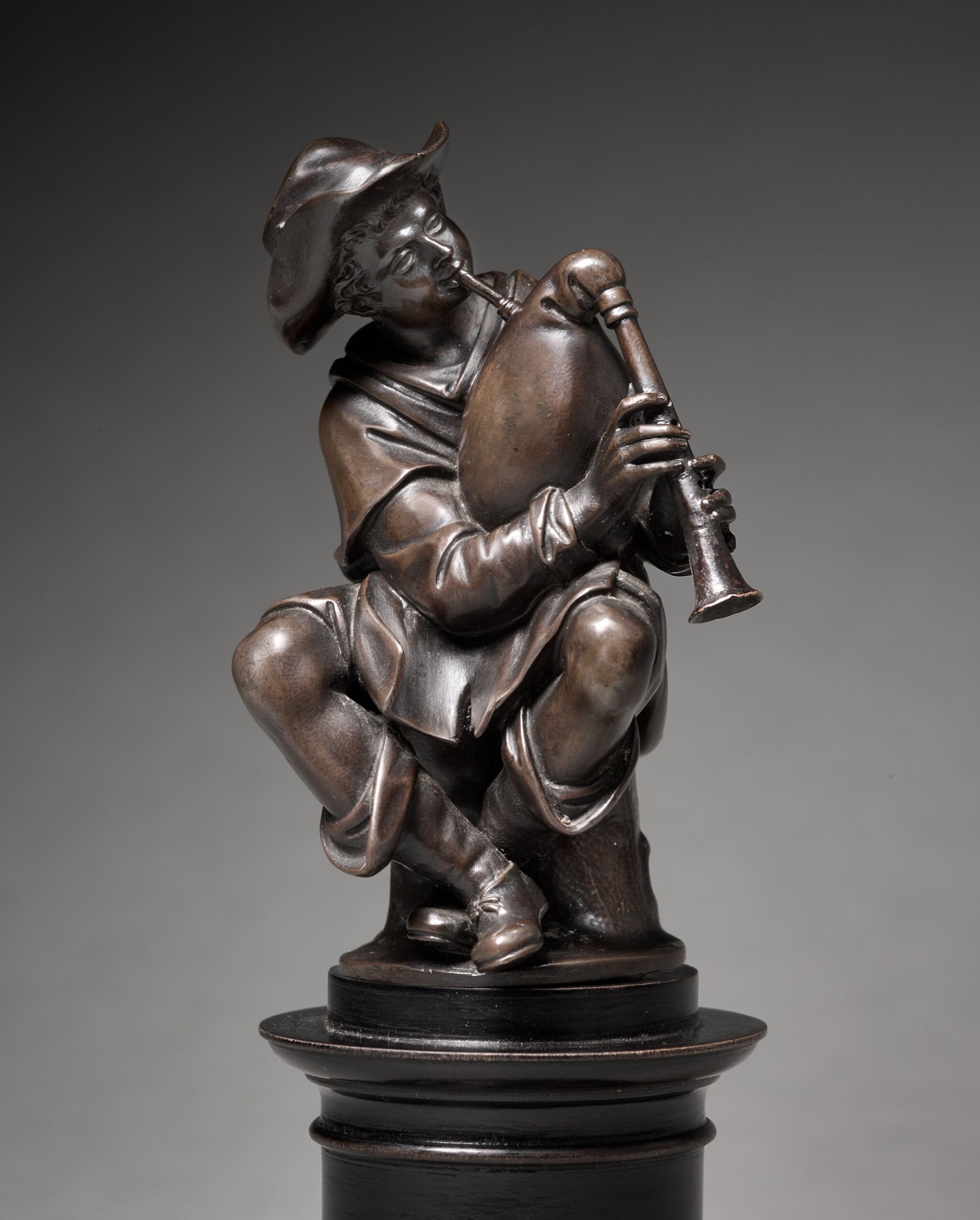 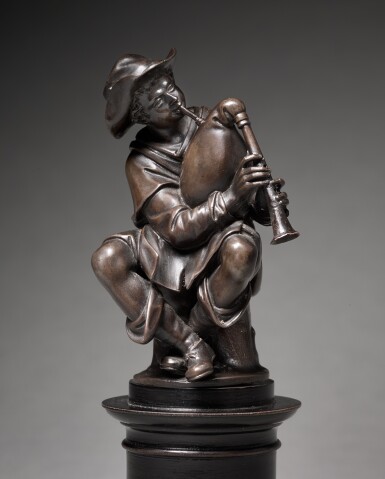 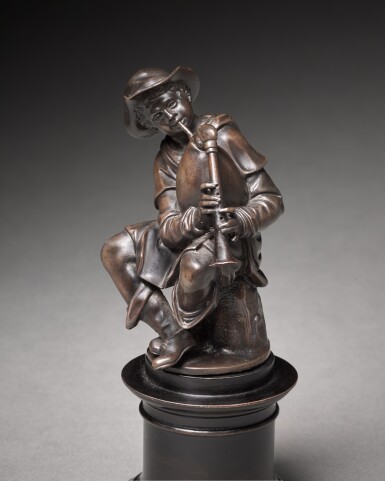 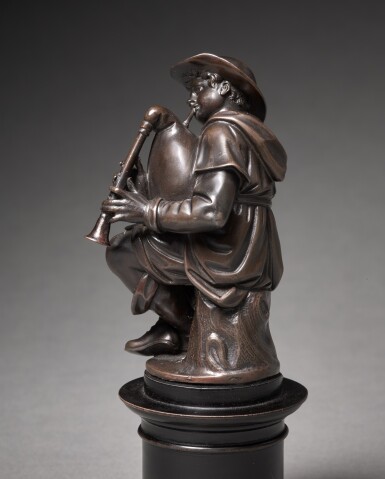 Overall the condition is very good with minor dirt and wear to the surface consistent with age, including some dust in the crevices. There appears to be a small repair to the bottom of the flute element and a small loss to the proper left little finger. A few very minor nicks and scratches.

The present bronze is a particularly fine cast of the Seated Bagpiper, one of Giambologna’s most popular designs. The earliest reference to the model dates from 1611, when a Bagpiper was recorded to have been sent by Grand Duke Cosimo II de’ Medici to Prince Henry of Wales. It has been suggested that the pastoral motif is derived from an engraving of the subject by Albrecht Dürer, dated 1514. The gilt bronze cast in the Bargello, Florence is considered to be the prime version.

With its crisply modelled details, the punch work of the tree trunk, and the rich brown patina with traces of a translucent reddish-gold lacquer, the present cast bears the hallmarks of Gianfrancesco Susini, the nephew of Giambologna’s collaborator, Antonio Susini. The Galleria Colonna, Rome owns a cast of the bagpiper by Gianfrancesco Susini that is mentioned in an archival document from 1630-1632. Further comparable casts are held in the Victoria and Albert Museum, London (inv. no. A.59-1956) and in the Liechtenstein collection.