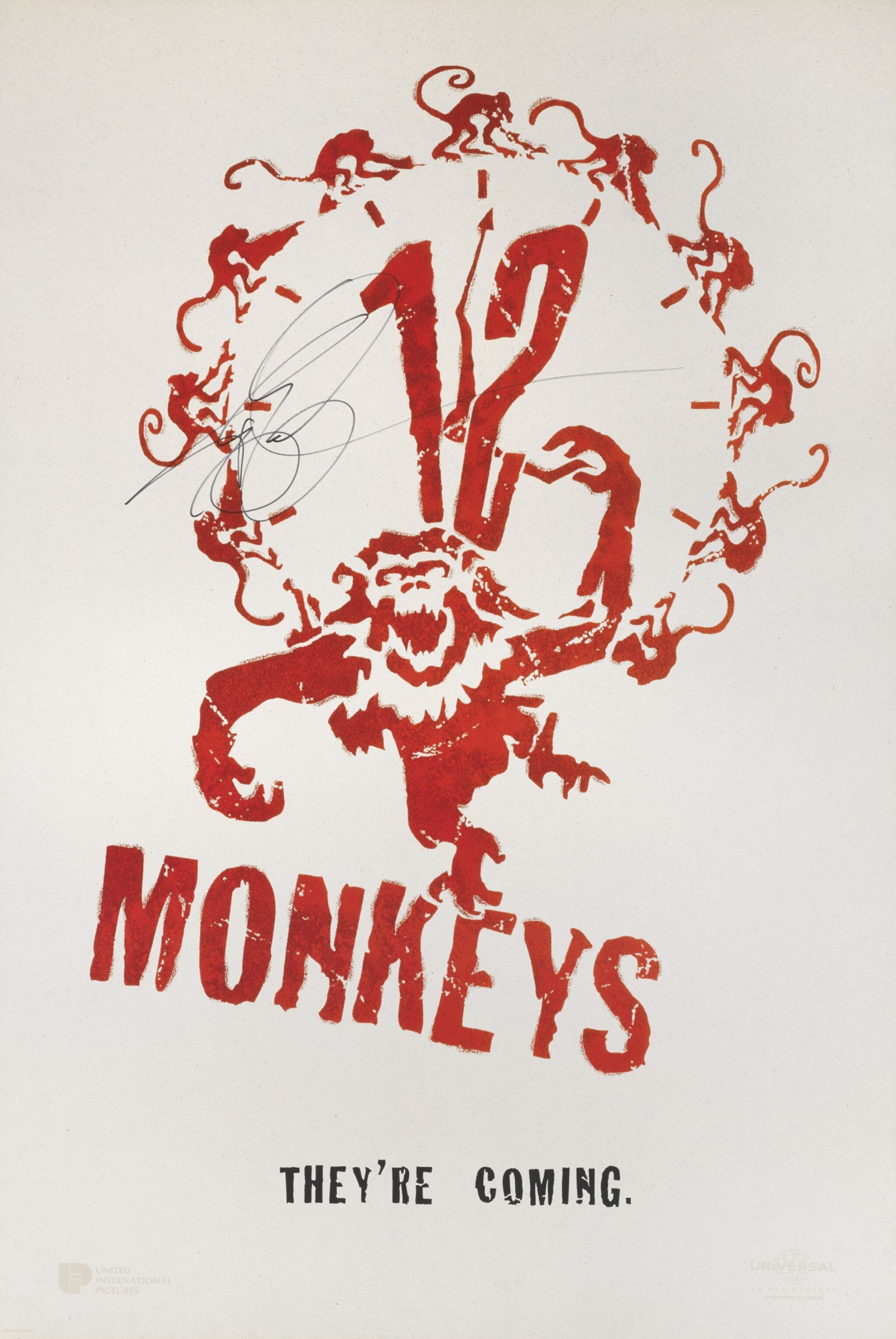 This sci-fi was directed by Terry Gilliam, and stars Bruce Willis, Madeleine Stowe and Brad Pitt. The film is set in a future world, destroyed by disease. A convict, James Cole (Bruce Willis) agrees in exchange for his freedom to travel back in time to acquire information about the virus that wiped out most of mankind.

This poster was signed by Terry Gilliam at the BFI, London, during the screening of Time Bandits. It is rare for anyone to have an original film poster signed, as the majority of signatures are on pieces of paper, photographs and video/dvd sleeves. It is unusual to have the film's poster with you when you try to obtain signatures.