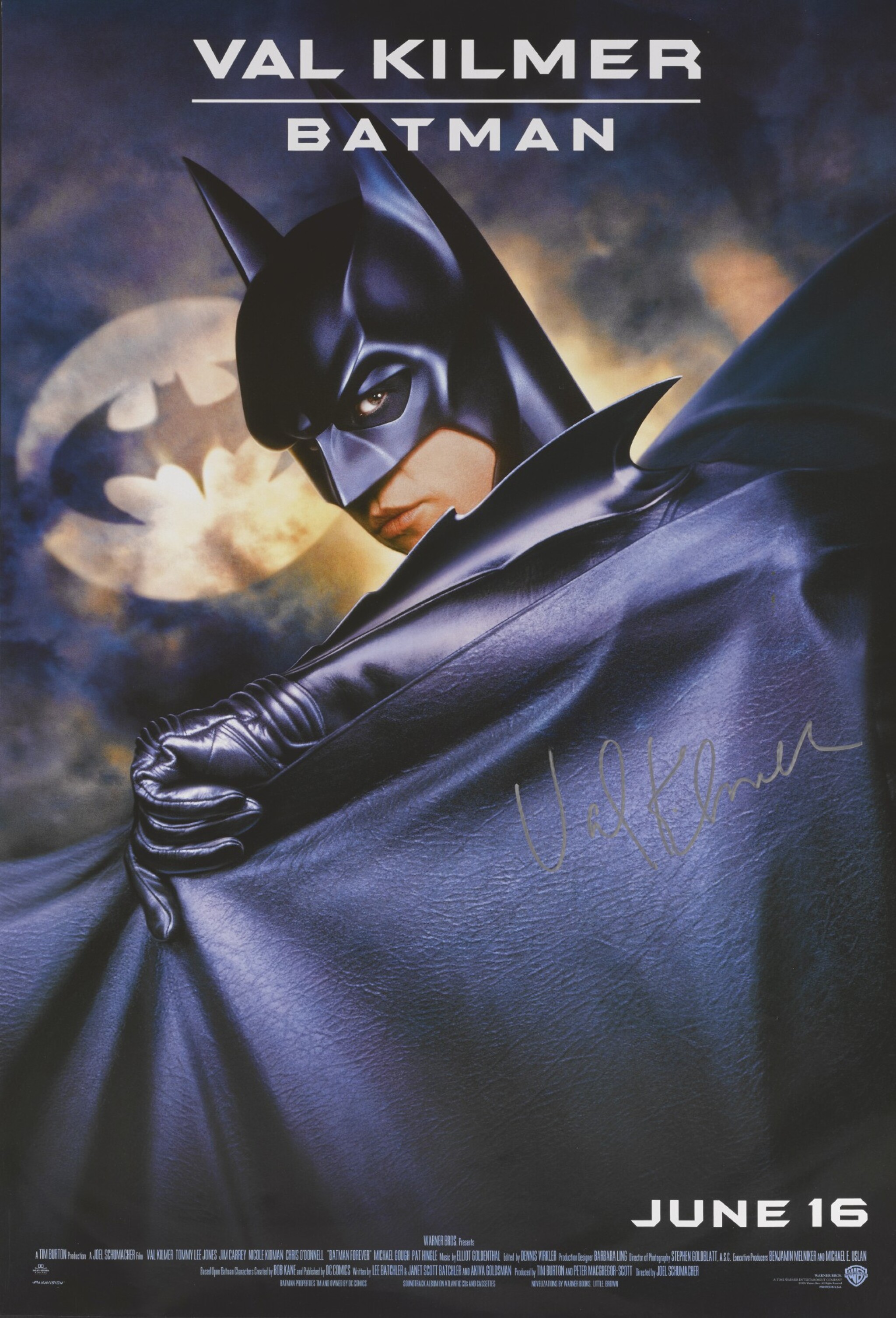 This Batman film was directed by Joel Schumacher and produced by Tim Burton and is based on the DC Comics well-known character Batman. It was a sequel to Batman Returns in 1992, and the third instalment of Warner Bros Batman films. In this second film Bruce Wayne/Batman is played by Val Kilmer. It also stars Tommy Lee Jones, Jim Carrey, Nicole Kidman, Chris O'Donnell, Michael Gough and Pat Hingle. It is rare for anyone to have an original film poster signed, as the majority of signatures are on pieces of paper, photographs and video/dvd sleeves. It is unusual to have the film's poster with you when you try to obtain signatures.