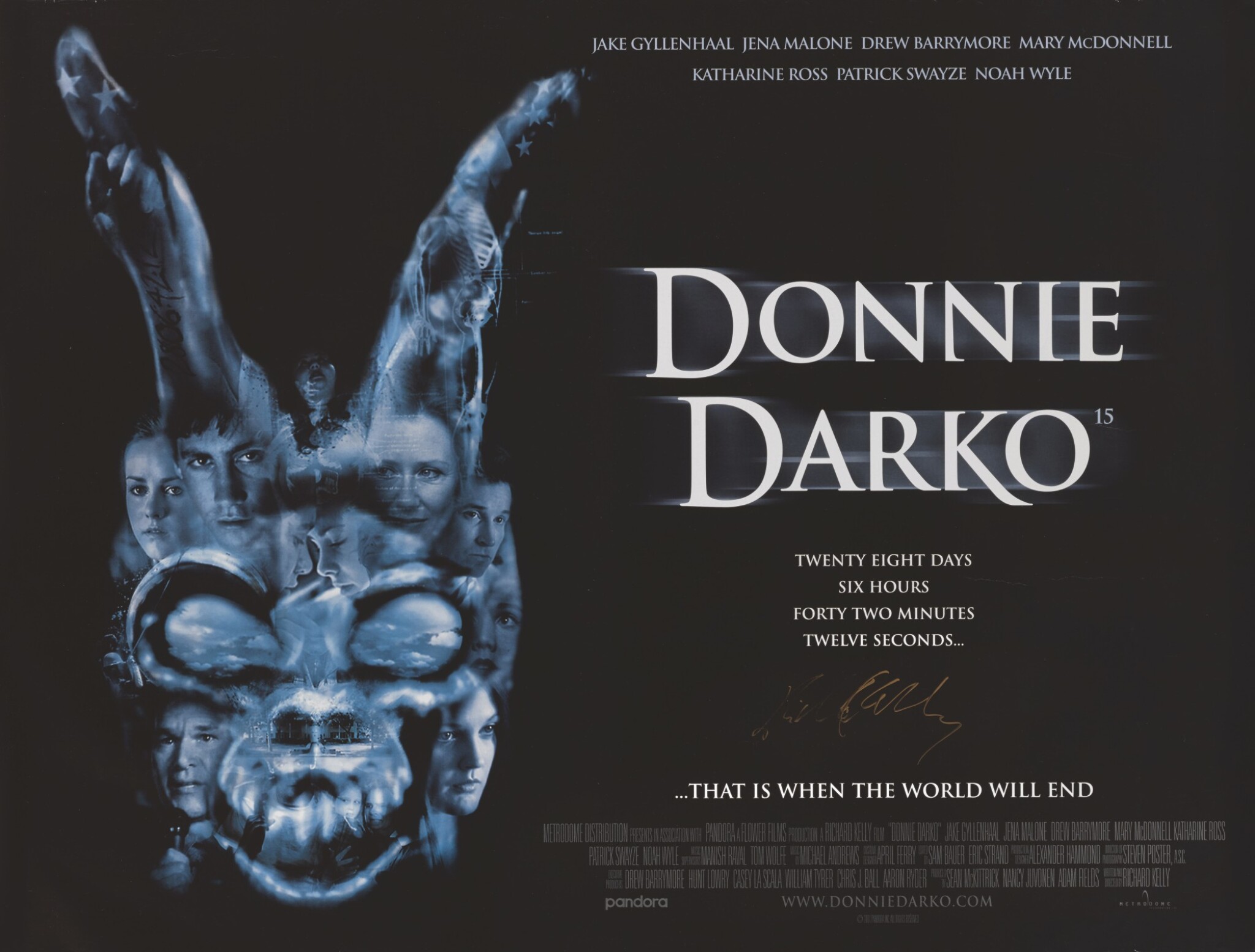 This cult sci-fi psychological thriller was written and directed by Richard Kelly, and stars Jake Gyllenhaal, Holmes Osborne and Maggie Gyllenhaal. The film tells the story of a troubled teenager, who seeks to make sense of what is the cause of his dark visions. The film was shot over twenty-eight days, which replicates the story timeline.

This poster was signed by Richard Kelly at a special screening and Q&A at the BFI, London. It is rare for anyone to have an original film poster signed, as the majority of signatures are on pieces of paper, photographs and video/dvd sleeves. It is unusual to have the film's poster with you when you try to obtain signatures.

Unfolded. Very good condition, with the colours remaining very strong. There are some small creases in the black background on the right-hand side of the poster, that do not affect the main artwork.