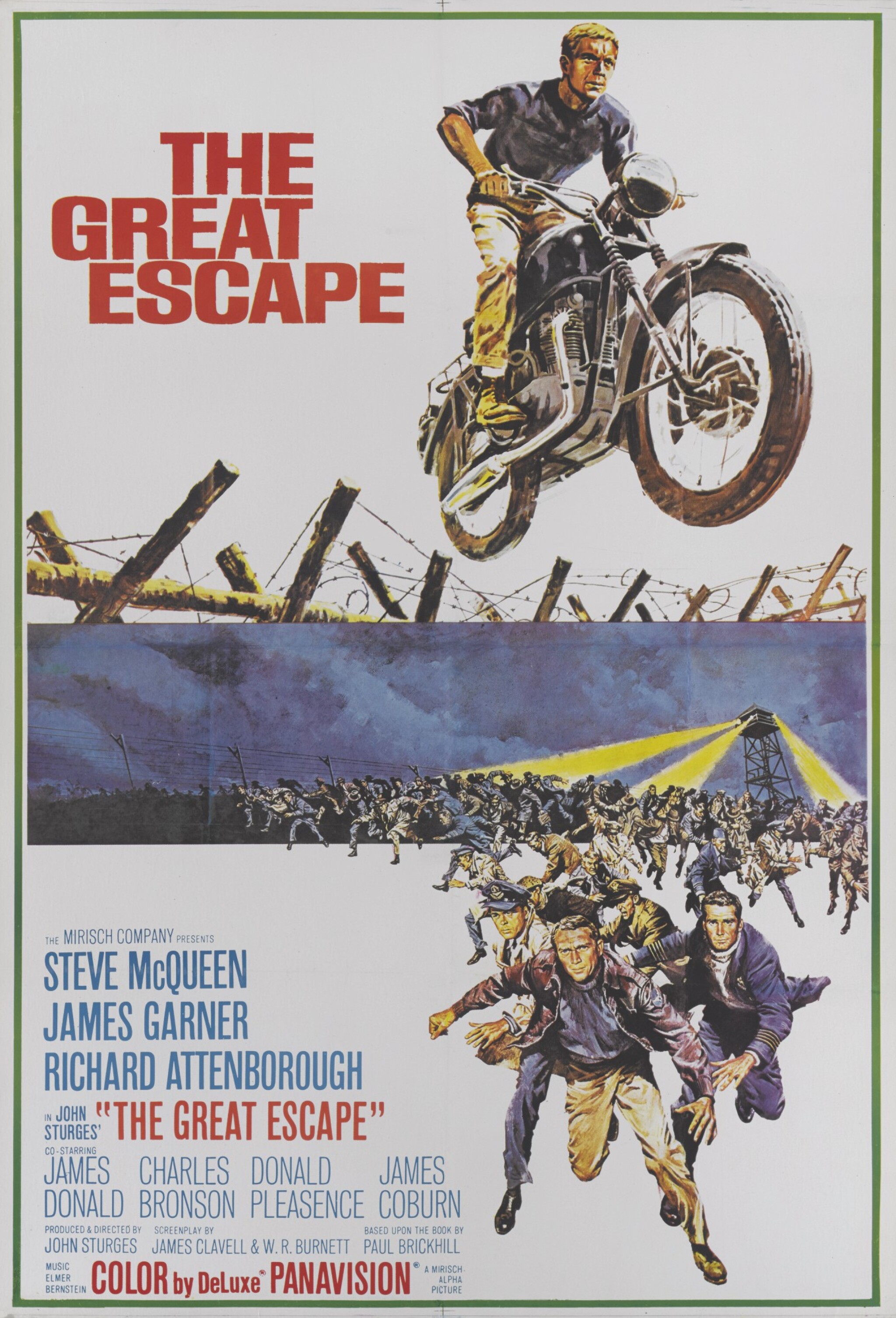 This epic film, set in a prisoner of war camp during World War II, was based on Paul Brickhill's 1950 book of the same name. The film was produced and directed by John Sturges, and has an incredible cast including Steve McQueen, James Garner, Richard Attenborough, James Donald, Charles Bronson, Donald Pleasence, James Coburn, and Hannes Messemer. At the time of the film's release it was the highest grossing film of the year. This extremely rare piece is a concept poster, which although printed, was never distributed. It features the great image of Steve McQueen on his motorbike, jumping the prison barricade. This international concept poster has only surfaced a few times.