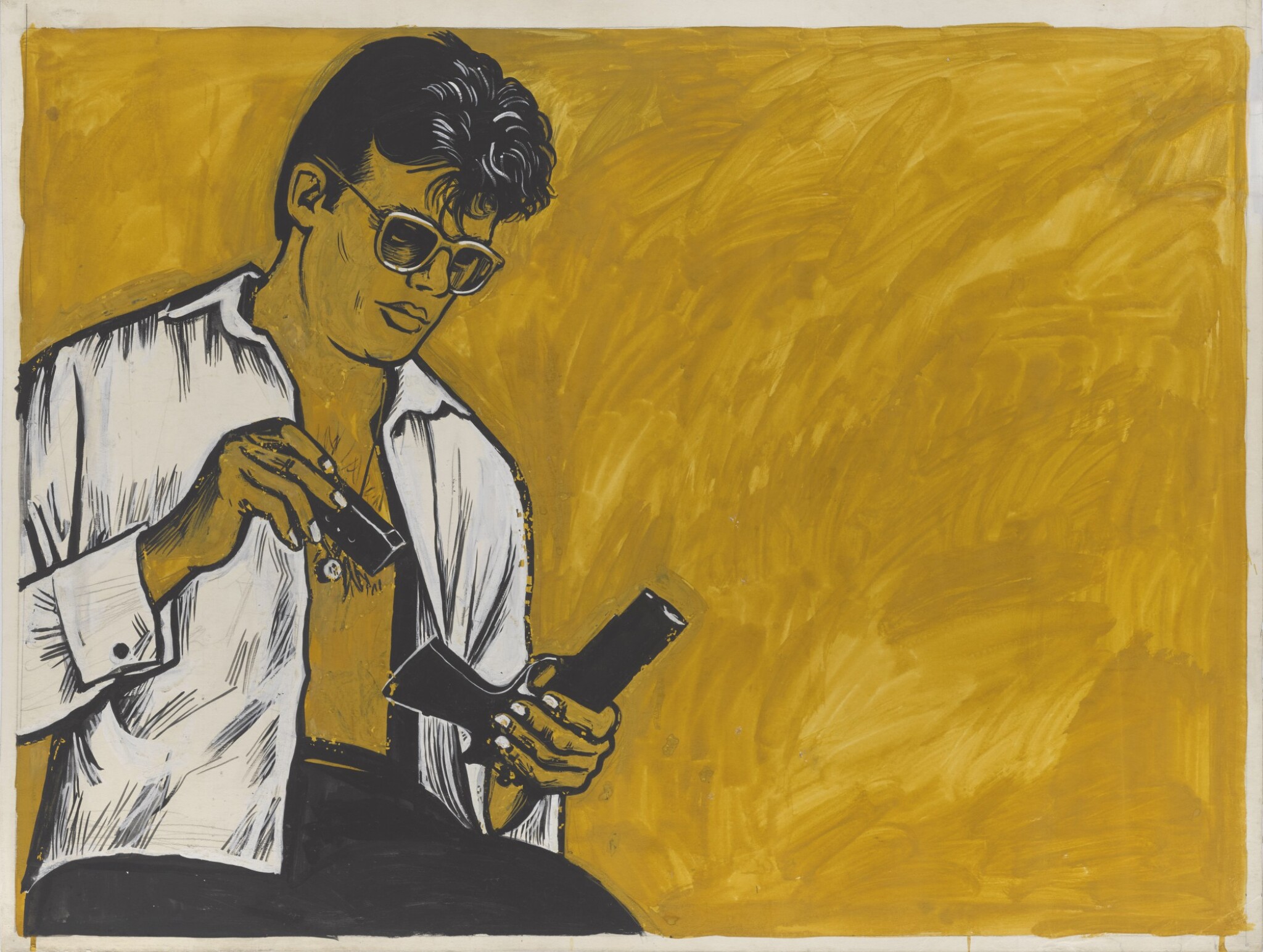 This Polish film was directed by Andrzej Wajda and is based on the 1948 novel by Jerzy Andrzejewski. The film stars Zbigniew Cybulski, Ewa Krzyzewska and Waclaw Zastrzezynski. It was the final film in the Wajda's trilogy. This film is set in 1945, shortly after World War II, about how the Polish resistance and Russian forces turn against one another in attempt to take over leadership of the country.

Peter Strausfeld was born in Germany and came to Britain in 1938. During the war he developed a close friendship with George Hoellering, the director of the Academy Cinema in Oxford Street, London. Hoellering did not like the studio issued film posters, and commissioned Strausfeld to create a series of posters to be pasted up across the London underground network. Strausfeld designed over three hundred images over a thirty-year period, all of which were printed by hand using his trademark lino-cut technique. Only two hundred of each design were ever printed, thereby making them extremely scarce. This particular piece is the original artwork used to create the poster for this film. This is a unique original artwork. The majority of original artworks were discarded by the studios, and it is therefore very rare to find one.

Linen-backed. Very good condition, with the colours remaining very bright. There is a tear in the top right-hand background section of the poster that has been restored, that does not affect the main artwork.