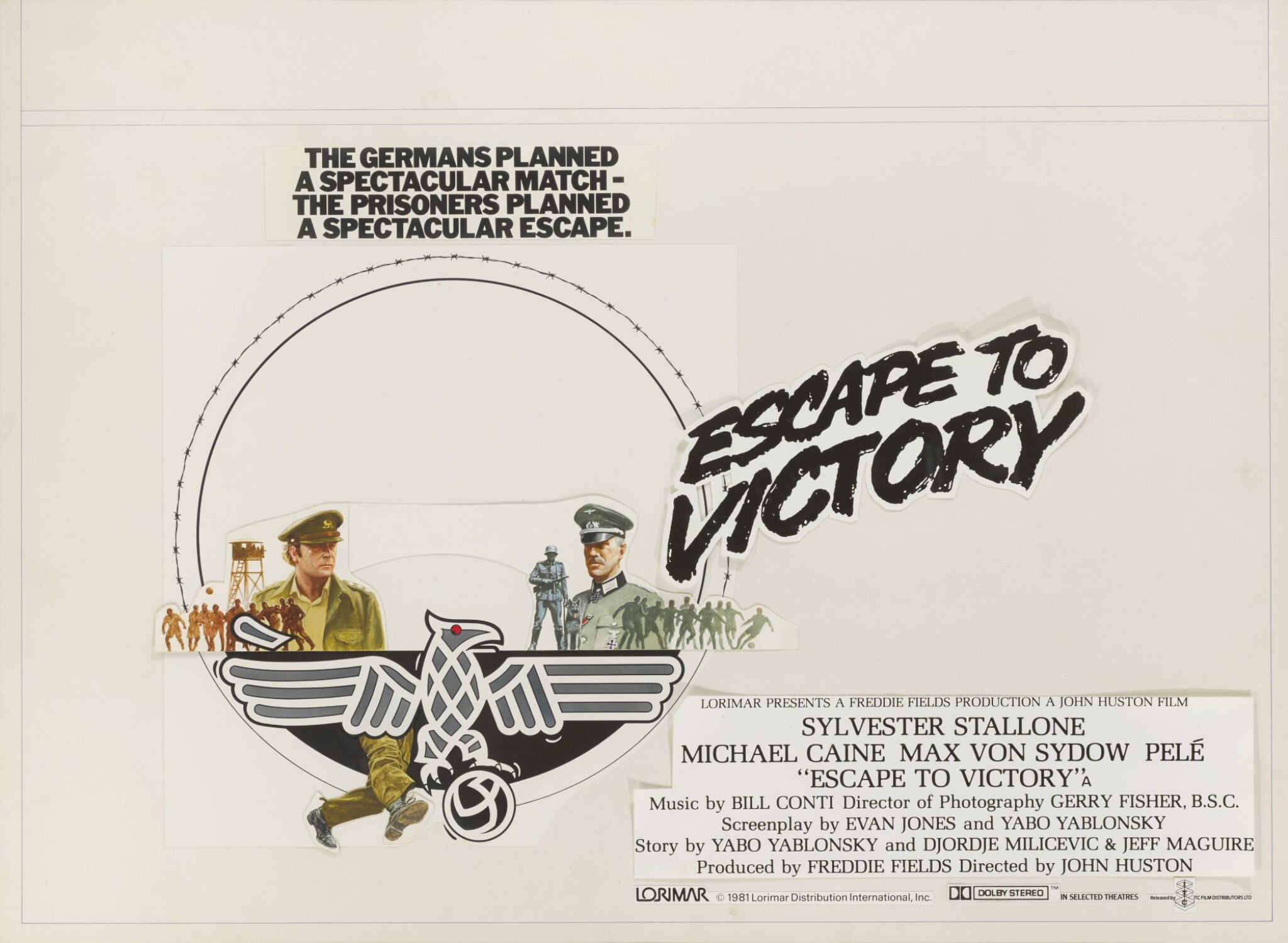 Mixed media on art board.

This war film was directed by John Huston and stars Sylvester Stallone, Michael Caine, Pelé and Bobby Moore, together with a host of other professional footballers. The film is about a team of Allied World War II prisoners who play a football match against an all-star Nazi team. The Germans planned a spectacular match, and the prisoners planned a spectacular escape. This artwork was used to create the British 30 x 40 in. film poster. This is a unique original artwork. The majority of original artworks were discarded by the studios, and it is therefore very rare to find one.