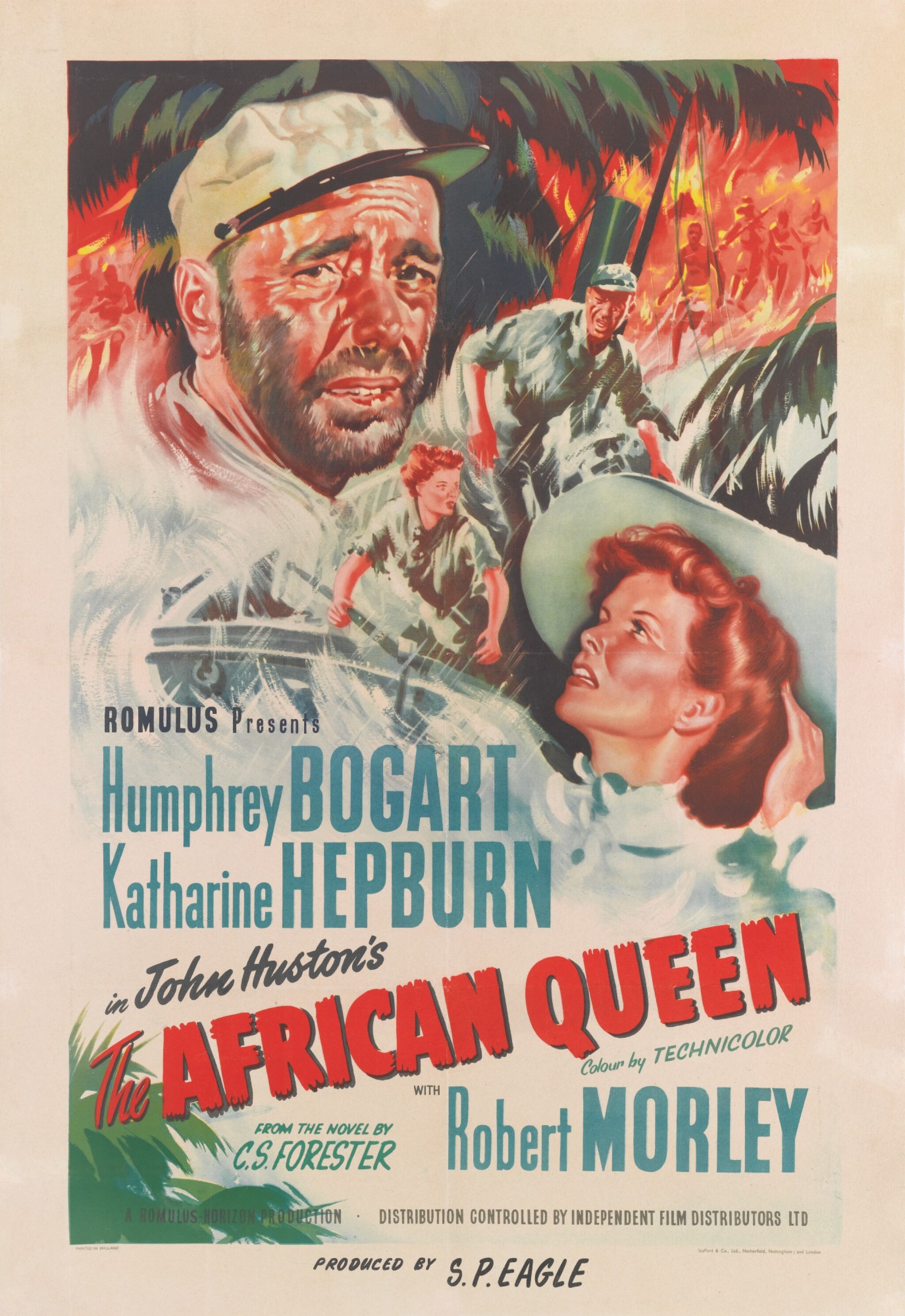 This film was directed by John Huston, and stars Humphrey Bogart, Katharine Hepburn and Robert Morley. There was an amazing chemistry between Bogart and Hepburn. The film is set in Africa during World War I and tells the story of an unlikely coupling between a missionary (Hepburn) and Bogart, who was the captain of the riverboat, African Queen, who join forces to attempt to sink an infamous German warship. The majority of the film was shot on location in Uganda and the Congo, and there were numerous cases of the cast and crew enduring bouts of sickness throughout filming. Huston was criticized for risking the lives of his cast when taking them on dangerous hunting expeditions.

The African Queen is a British film production, and this very rare country of origin poster is credited on the bottom border as being produced by S.P. Eagle. During the McCarthy era thousands of Americans were accused of being communists or sympathisers and became the subject of aggressive investigations. As Sam Spiegel was on McCarthy's black list, he could not use his real name and therefore went by this pseudonym. Remarkably, this was the only time that Humphrey Bogart won an Oscar. Less than fifteen of these posters are known to have survived

Linen-backed. Excellent condition, with the colours remaining very bright. Minor restoration to folds and to a small areas on the border, which does not affect the artwork.