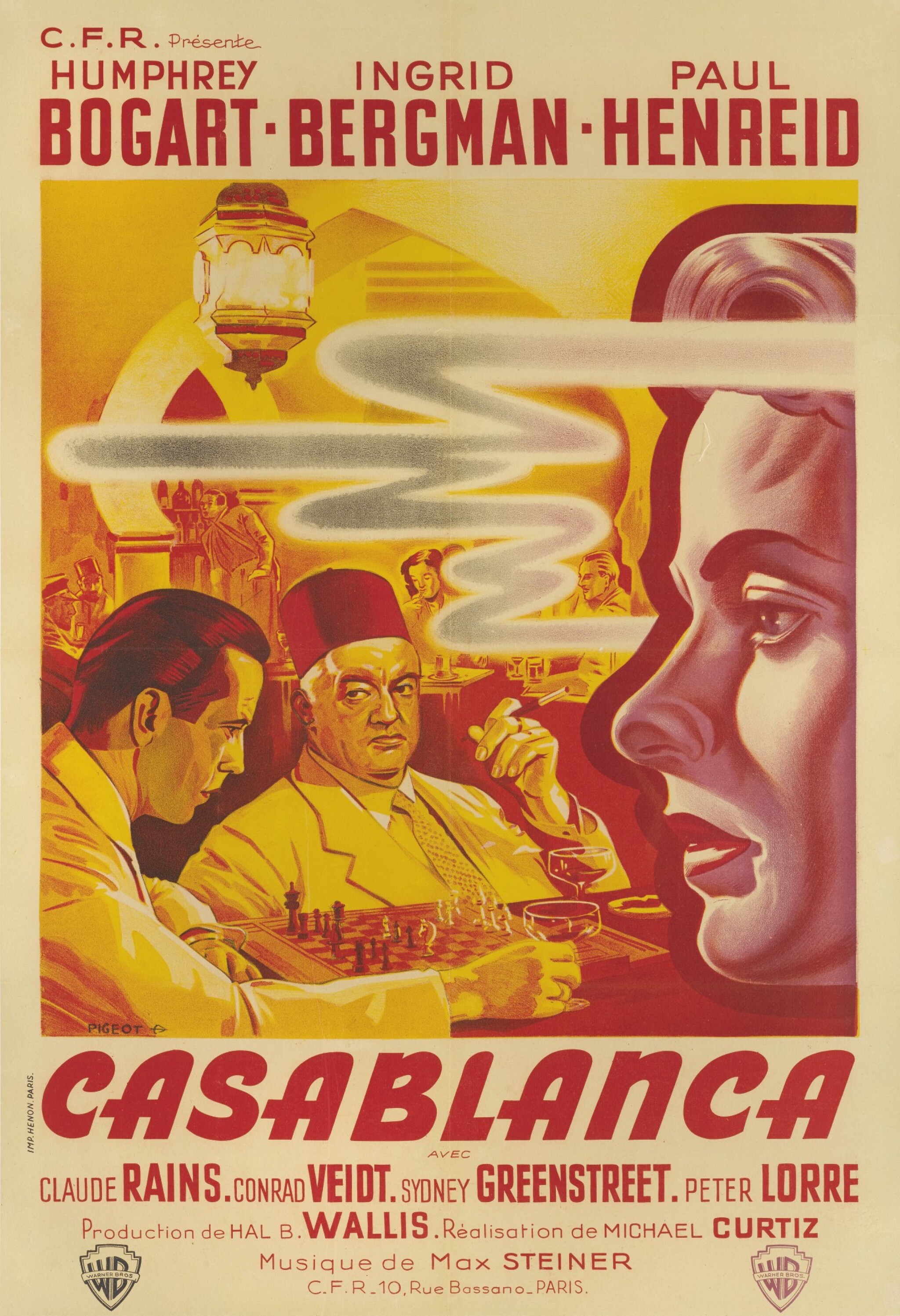 Casablanca remains the most famous film of all time. It was directed by Michael Curtiz, and stars Humphrey Bogart, Ingrid Bergman, Paul Henreid, Claude Rains, Conrad Veidt, Sydney Greenstreet and Peter Lorre. After Bogart's success in The Maltese Falcon (1941), Casablanca was the film that truly elevated him to global stardom. Pierre Pigeot has magically captured the smoky atmosphere in Rick's bar, and has created one of the greatest film posters of the 20th century. This size poster was only used in the provinces to publicise the film. Fewer than five known surviving examples.