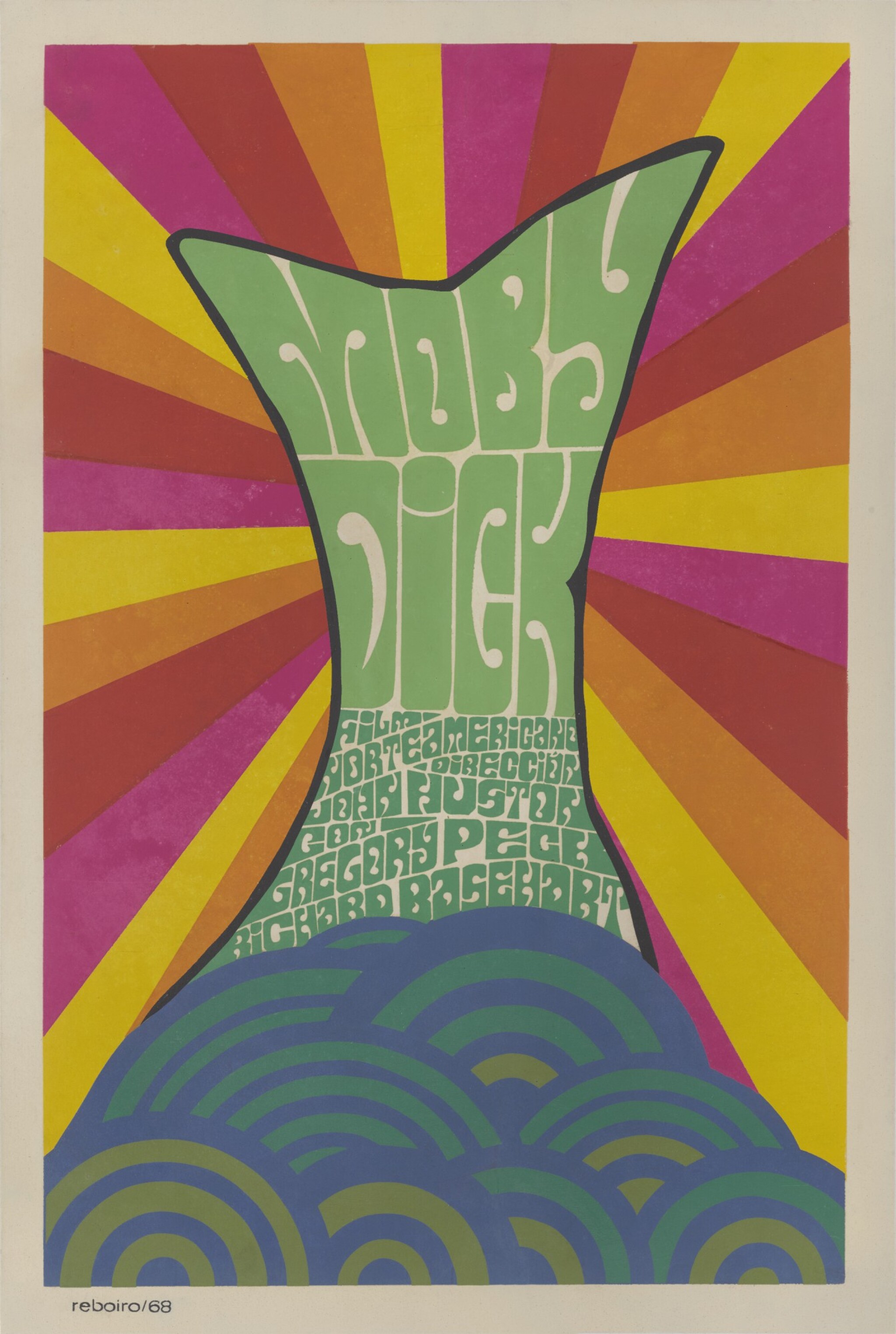 This film adaptation of Herman Melville's novel of the same name was directed by John Huston. The screenplay was written by Huston and Ray Bradbury. The film stars Gregory Peck, Richard Basehart and Leo Genn. It tells the story, through the only survivor of a lost whaling ship, of his captain's fixation to hunt the white whale, Moby Dick. Cuban posters have a very distinctive vibrant style. Antonio Fernandez Reboiro designed many film posters and is a highly respected artist, with works in MoMA's permanent collection. This very rare original release Cuban poster does not surface very often.

Linen-backed and unfolded. Very good condition, with the colours remaining very bright. As this is a silkscreen, there is natural variation to the depth of colours in the printing process.

The collection of Stanislas Choko. This piece was purchased in Cuba in the 1980s.