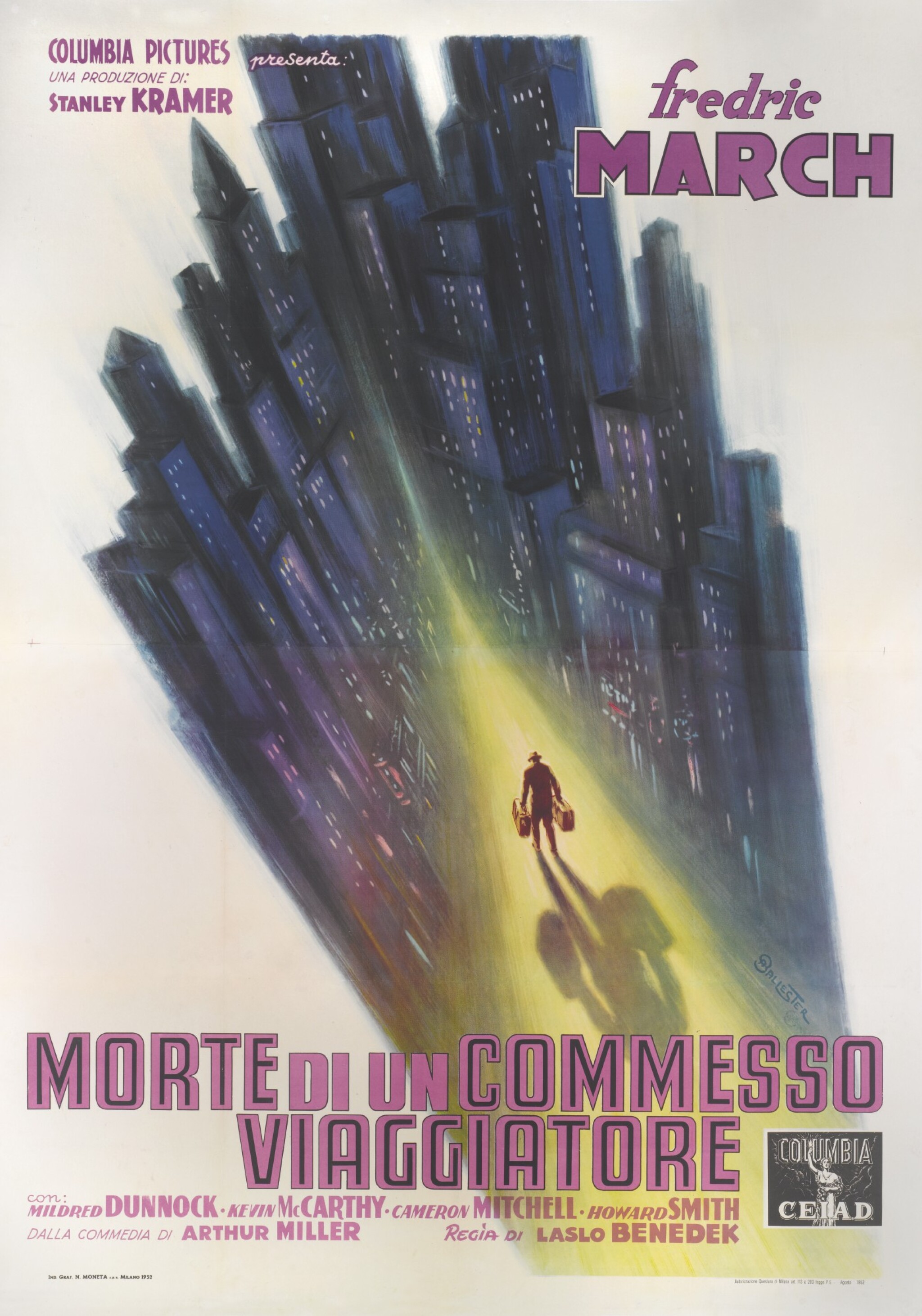 This American film noir was directed by László Benedek. It was an adaptation of Arthur Miller's play of the same name. The actors included mainly members of the original Broadway cast. Willy Loman, played by Fredric March, frantically tries to establish where we went wrong over the past sixty years, and in doing so tries to make peace with his family. Anselmo Ballester created a truly memorable poster and the best on this title, showing an isolated Fredric March walking into the city and its imposing high-rise buildings. Fewer than five known surviving examples.