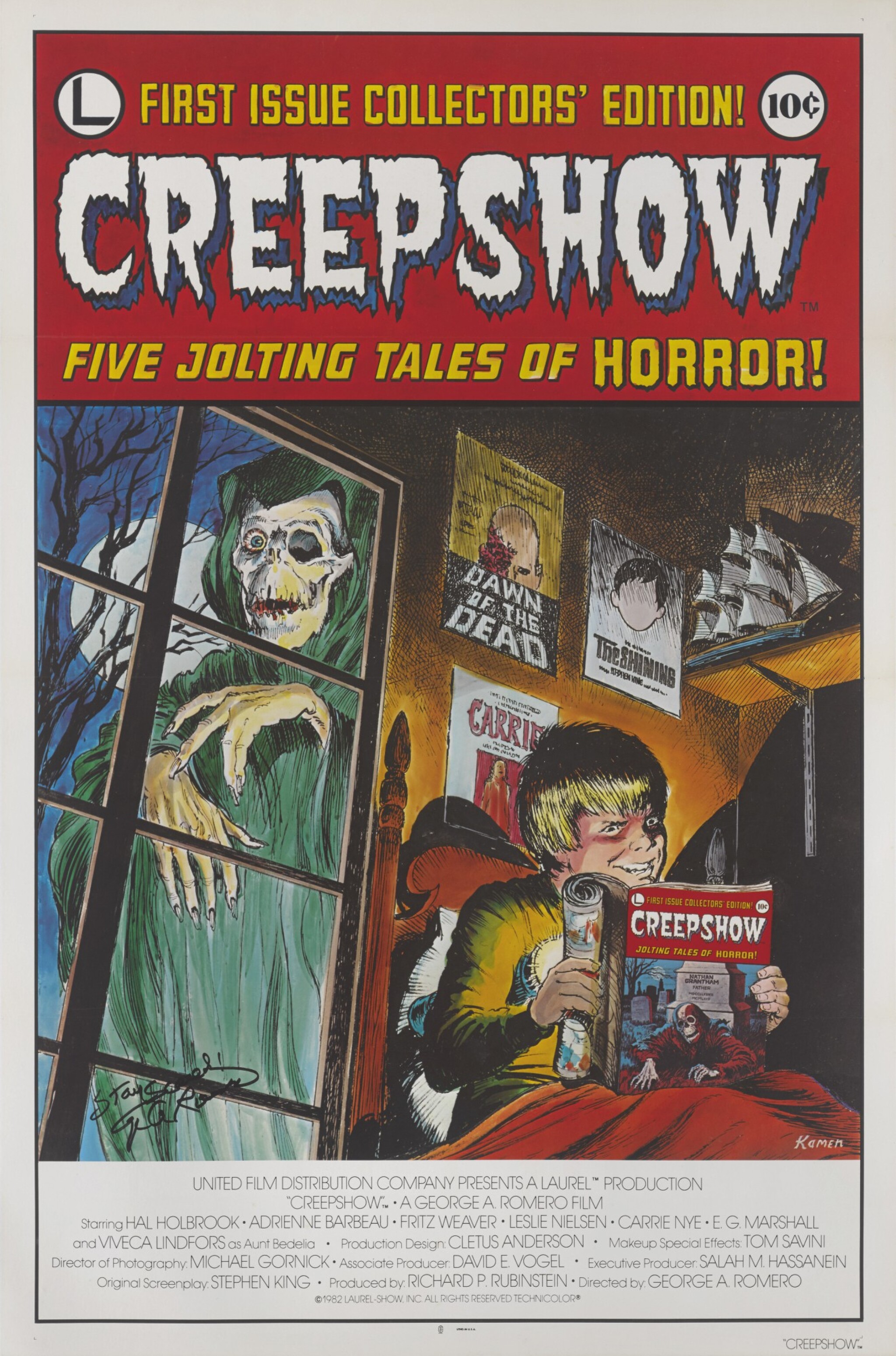 This film, directed by George A. Romero and written by Stephen King, making his screenwriting debut, is a tribute to the EC horror comics of the 1950s. Special makeup effects, to replicate a comic book appearance, were done by Tom Savini, who worked with George A. Romero on a number of films. The film stars Hal Holbrook, Adrienne Barbeau, Fritz Weaver, Leslie Nielsen, Ted Danson, E. G. Marshall and Stephen King. The film is made up of five short stories. This poster was signed by George A. Romero, the Godfather of zombie films, at a talk about his career at the British Film Festival, London.  It is rare for anyone to have an original film poster signed, as the majority of signatures are on pieces of paper, photographs and video/dvd sleeves. It is unusual to have the film's poster with you when you try to obtain signatures.