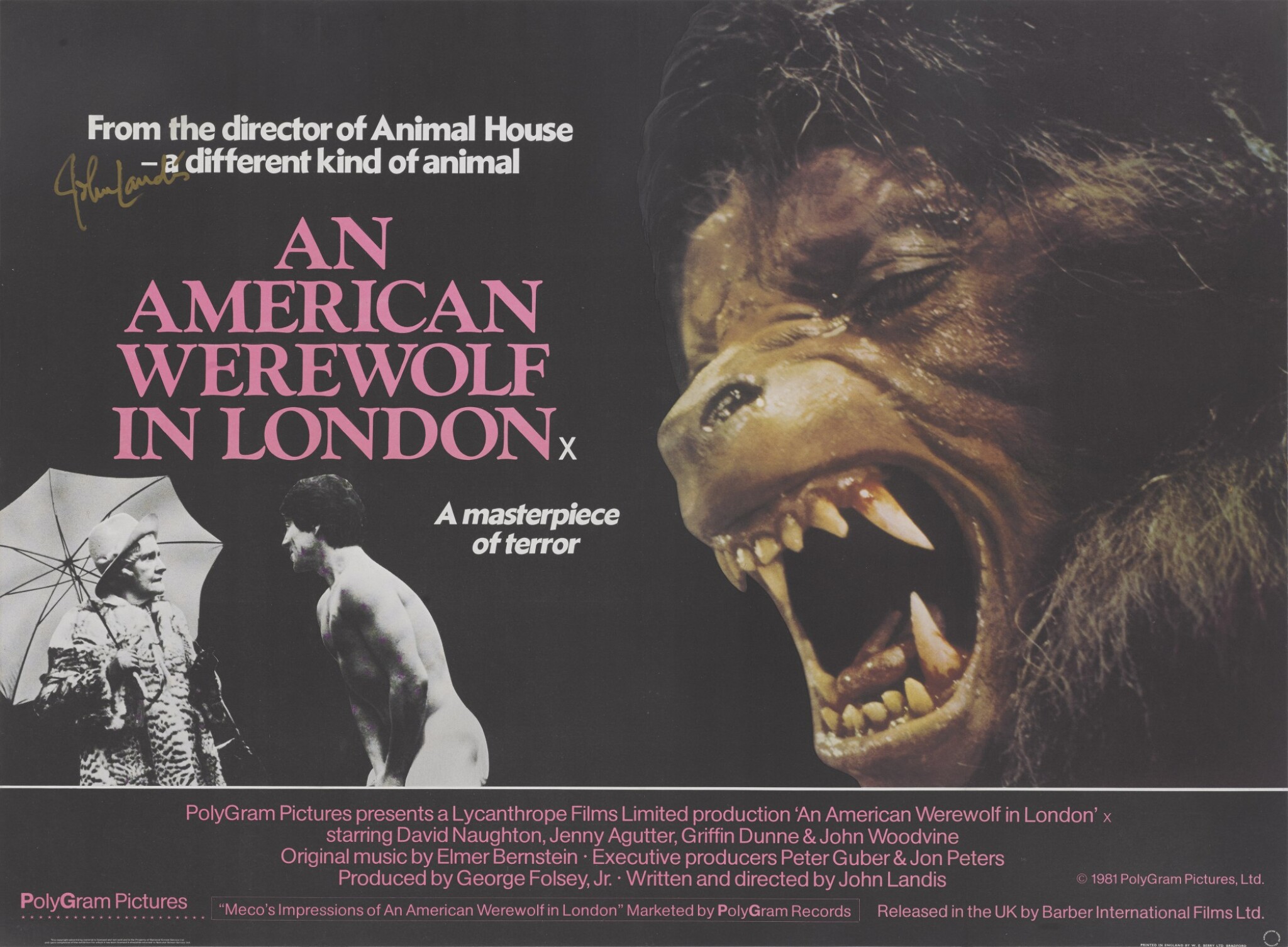 This horror comedy was written and directed by John Landis, and stars David Naughton, Jenny Agutter and Griffin Dunne. The film has a tongue-in-cheek, cheerful soundtrack, with witty references to the moon. This poster was signed by Jonh Landis, at a book signing for his new book Monsters in the Movies. It is rare for anyone to have an original film poster signed, as the majority of signatures are on pieces of paper, photographs and video/dvd sleeves. It is unusual to have the film's poster with you when you try to obtain signatures.