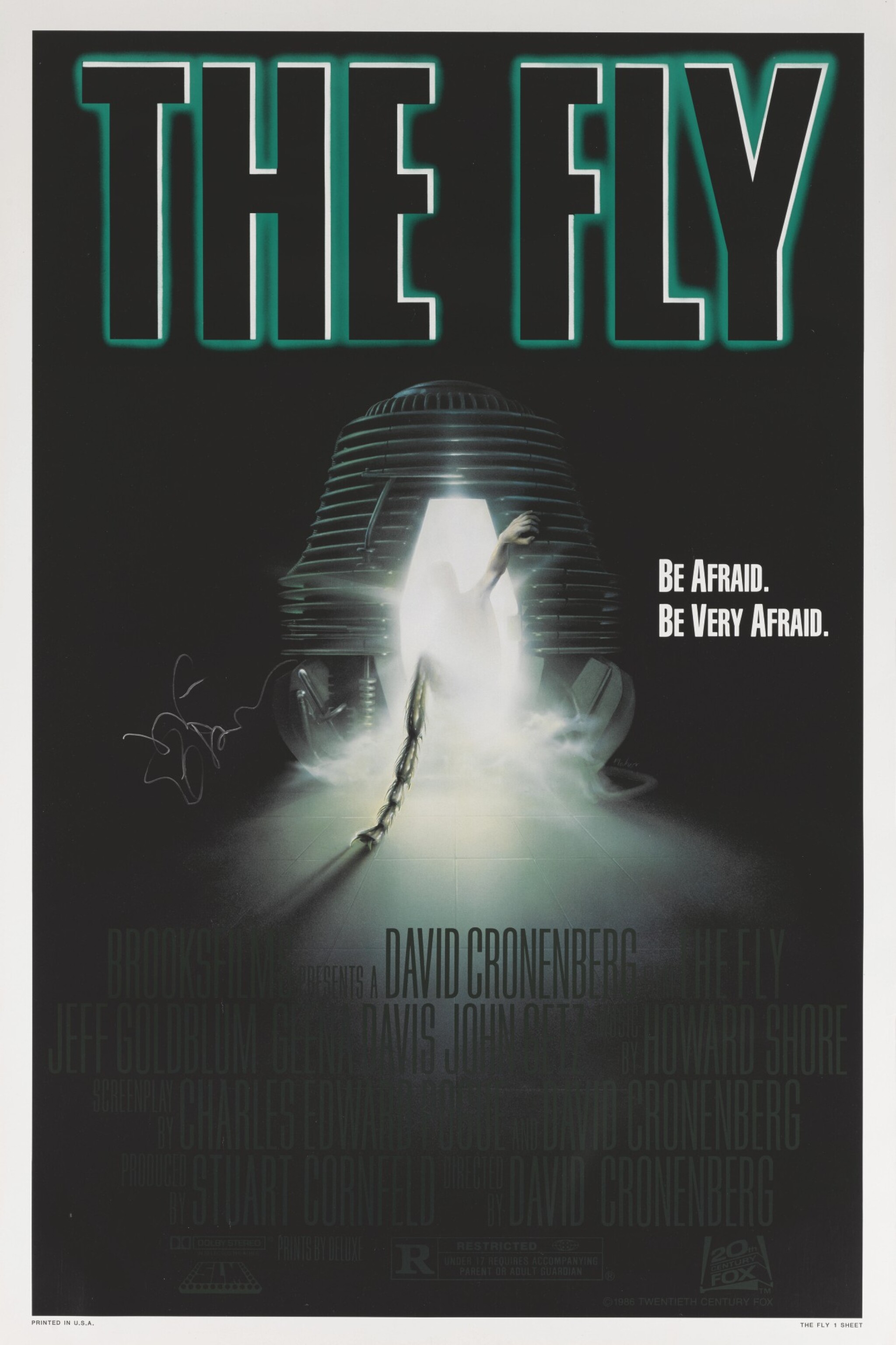 This film, directed by David Cronenberg, was a broadly based on the 1958 film. The film stars Jeff Goldblum, Geena Davis and John Getz. Eccentric scientist Seth Brundle, played by Goldblum, accidentally transforms himself into a giant being - half man, half fly. This poster was signed by Jeff Goldblum when he was starring in the stage production of The Prisoner in London. It is rare for anyone to have an original film poster signed, as the majority of signatures are on pieces of paper, photographs and video/dvd sleeves. It is unusual to have the film's poster with you when you try to obtain signatures.