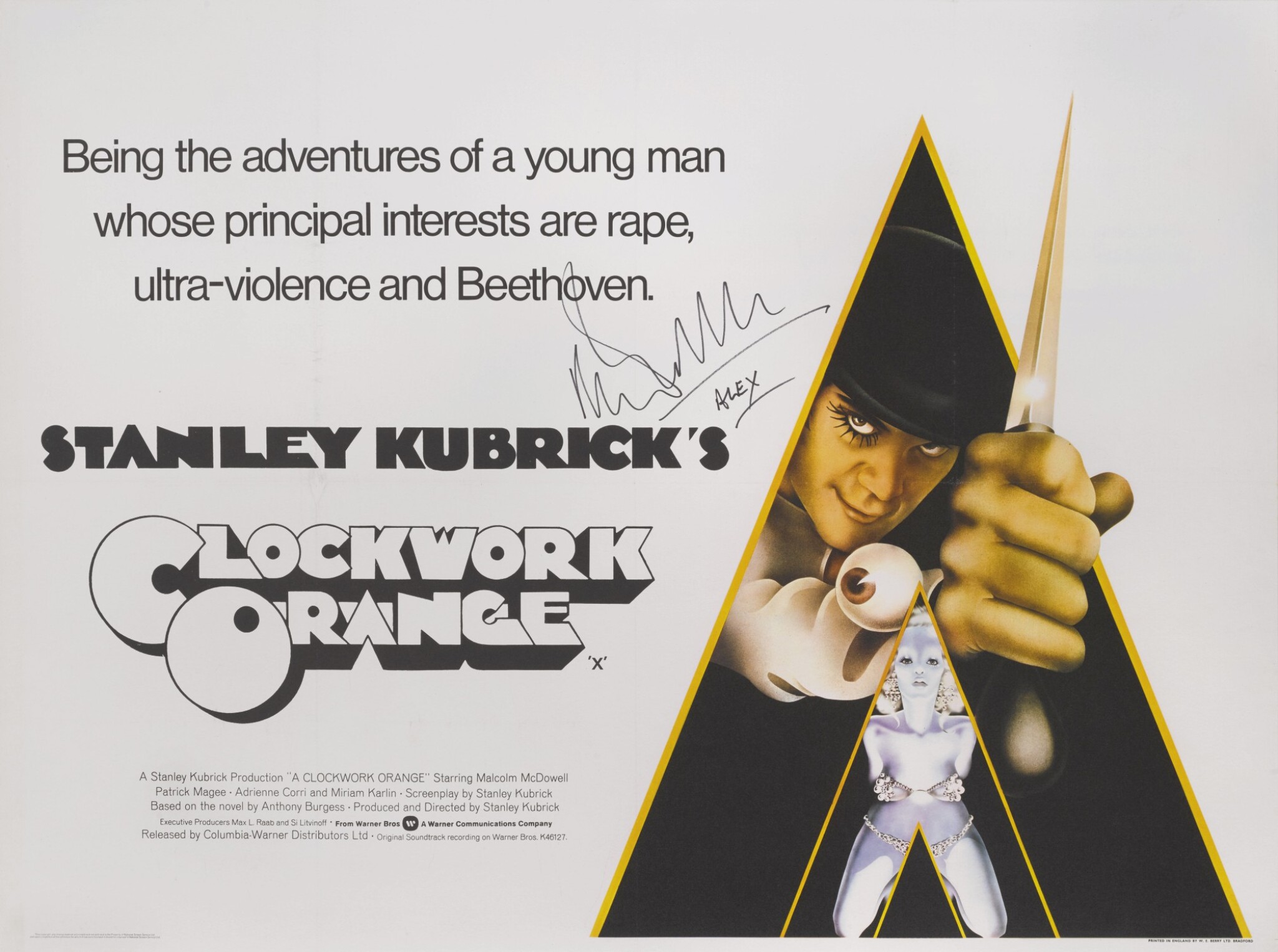 Although Stanley Kubrick's disturbing film was released uncut in the UK in 1972, the film was then withdrawn in 1973 at the request of Kubrick. The film had been linked to a couple of horrific copycat crimes, and during the trials A Clockwork Orange was cited by one of the prosecutors. There were also protests outside Kubrick's home, and he and his wife had received threats. The film did not get a further theatrical release until 2000, which was the year after Kubrick's death.

The Design Museum in London had a Stanley Kubrick exhibition. Malcolm McDowell came to the exhibition and there was also a special screening and Q&A session of A Clockwork Orange where he signed the poster. It is rare for anyone to have an original film poster signed, as the majority of signatures are on pieces of paper, photographs and video/dvd sleeves. It is unusual to have the film's poster with you when you try to obtain signatures.