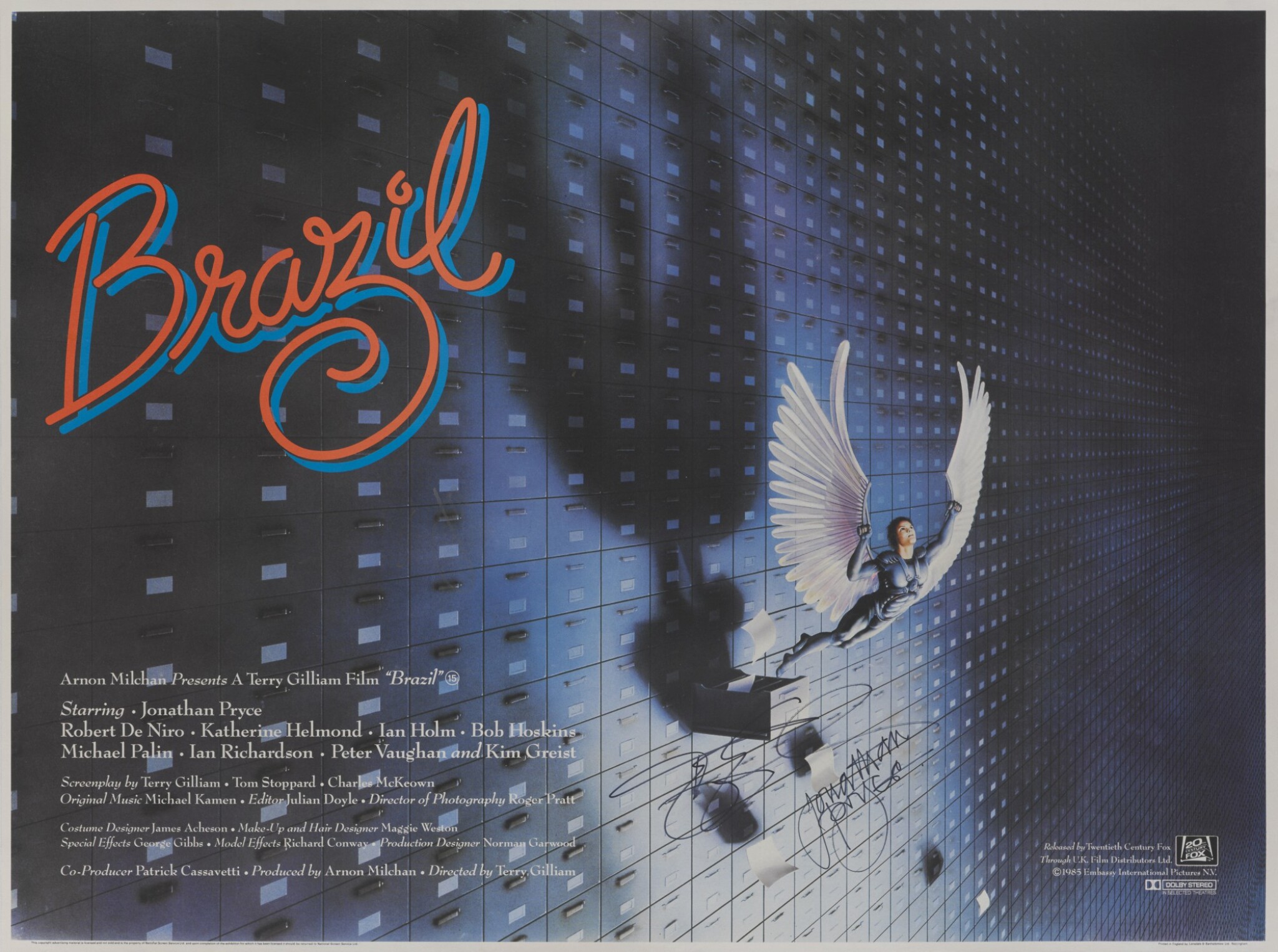 This style B poster was totally different to the main release British poster used throughout cinemas in the UK and is the most sought after on the title. This poster was signed by Terry Gilliam when he was at the BFI, London. It is rare for anyone to have an original film poster signed, as the majority of signatures are on pieces of paper, photographs and video/dvd sleeves. It is unusual to have the film's poster with you when you try to obtain signatures.