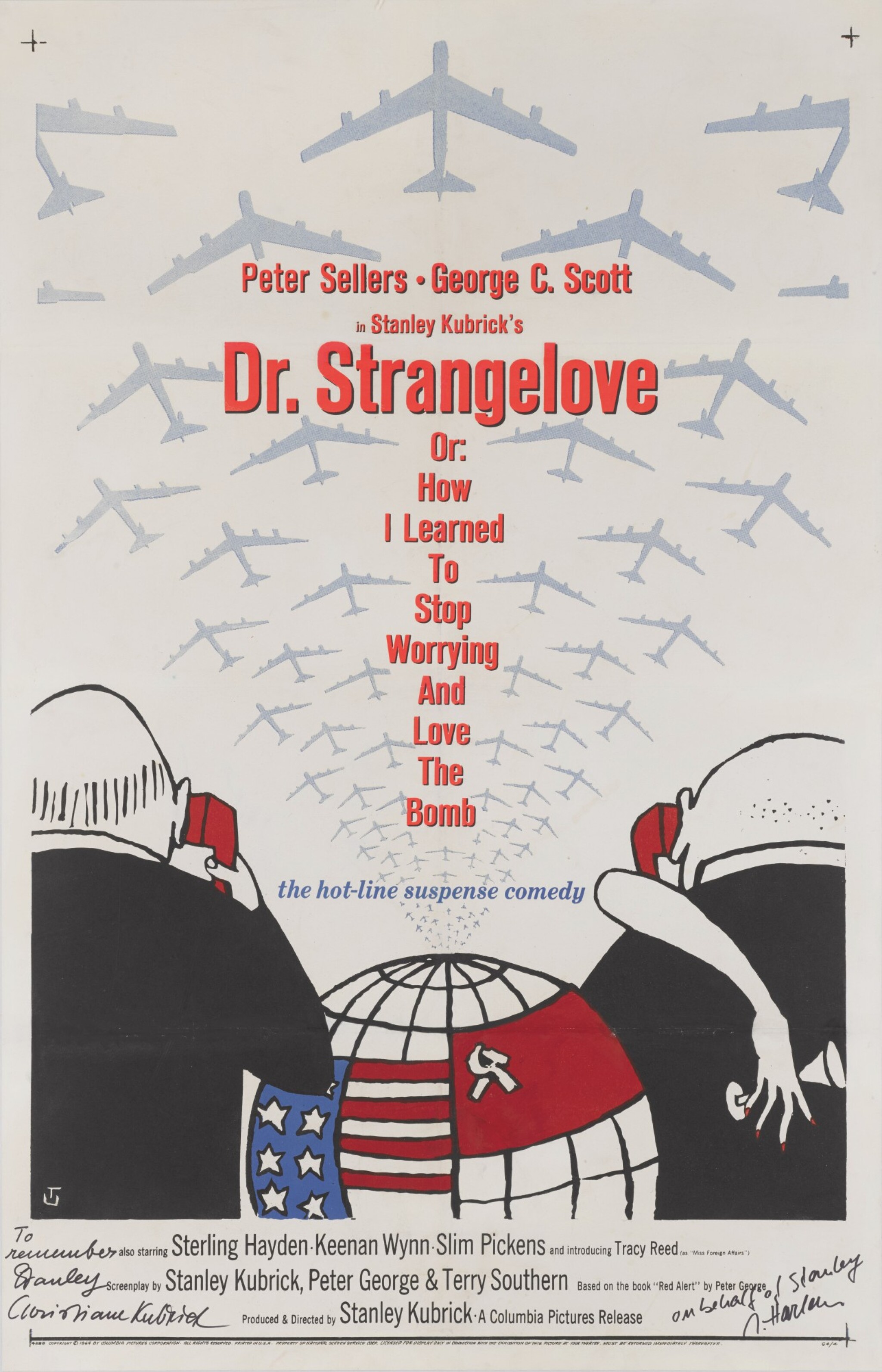 This black comedy was directed by Stanley Kubrick, and stars Peter Sellers, who played three different characters, together with George C. Scott and Sterling Hayden.

Tomi Ungerer was a much-celebrated artist, writer and cartoonist, who published over a hundred books, and designed many posters. He is best known for his work for The New York Times, The Village Voice, Life and Harper's Bazaar. Although Ungerer didn’t design many film posters, this poster for Dr. Strangelove, which he designed, is one of the most collectable pieces from the 1960s. This poster was signed by Christiane Kubrick, the wife of Stanley Kubrick, and his brother- in-law, when they were special guests at the BFI, London. It is rare for anyone to have an original film poster signed, as the majority of signatures are on pieces of paper, photographs and video/dvd sleeves. It is unusual to have the film's poster with you when you try to obtain signatures.