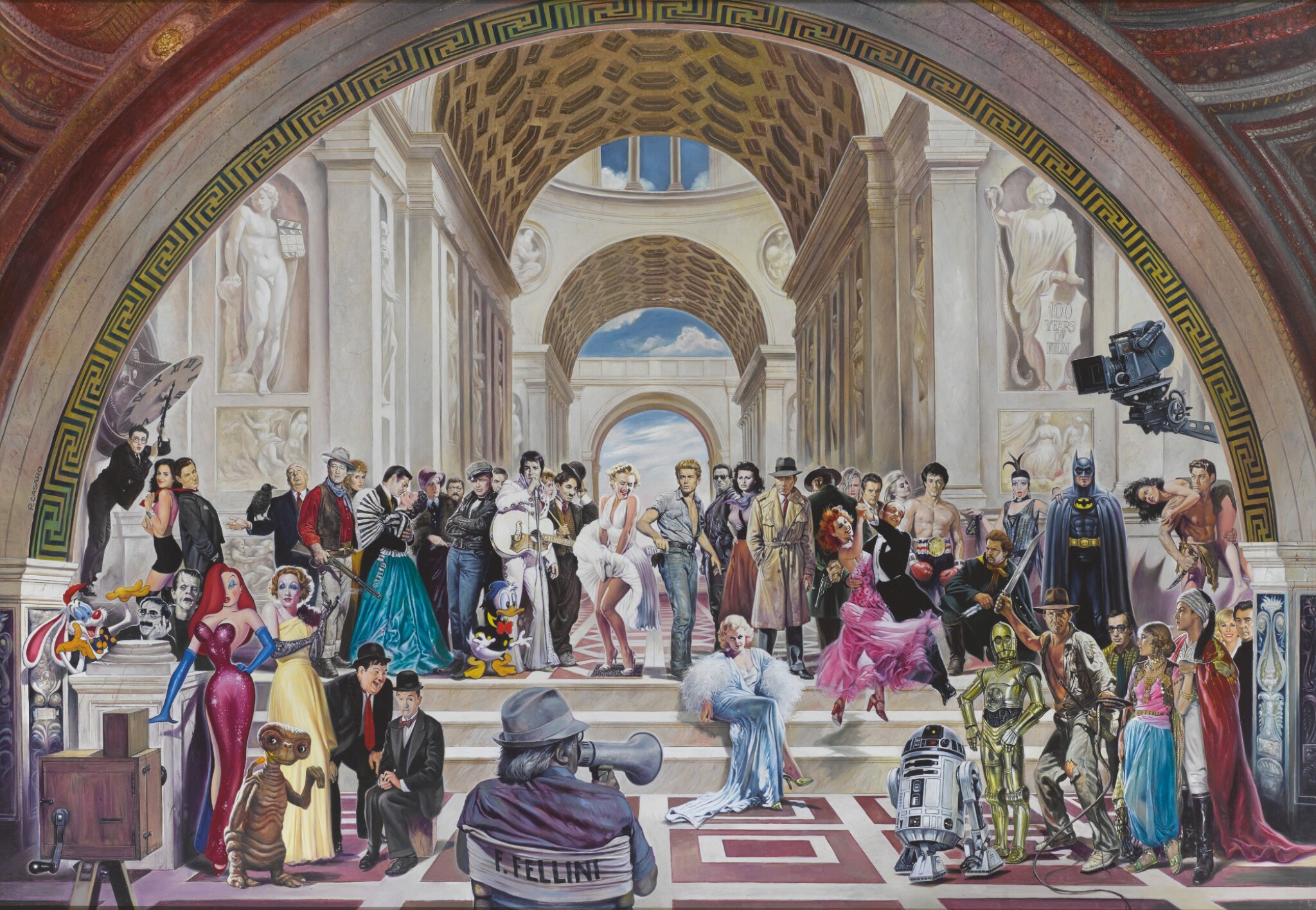 Renato Casaro was born in 1935 in Treviso, Italy and is a renowned artist, particularly known for his work on film posters. Casaro began his illustrious career at the famous Favalli Studio in Rome, which was Italy's most prominent studio for screen advertising. By the time he was twenty-one he had decided to go freelance. Casaro's major breakthrough was for John Huston's 1966 epic drama, The Bible: In the Beginning, for which he designed the billboard poster. During Casaro's fifty-year career, he is particularly known for the work that he did in the 80s and 90s, including Never Say Never Again (1982), Octopussy (1983), Once Upon a Time in the West (1984), Dances with Wolves (1990), Freddie's Nightmare (1991) and Terminator II (1993). In order to boost the promotion of Once Upon a Time in Hollywood (2019), Quentin Tarantino asked Casaro to come out of retirement, to design a series of posters to replicate the 60s/70s Italian style film posters. Casaro has a very distinctive style, which began with a more classically painted style and evolved into a seamless airbrush technique, with incredible detail and use of light and colour. Casaro was obsessed with the big screen from when he was a child, and loved all film genres. In 1994 he embarked on this incredible painting to celebrate the centenary of cinema in 1995, and also his own cherished memories of those film characters who had shaped his life. This unique painting truly captures the essence and magic of cinema, both past and present. This is a unique painting.