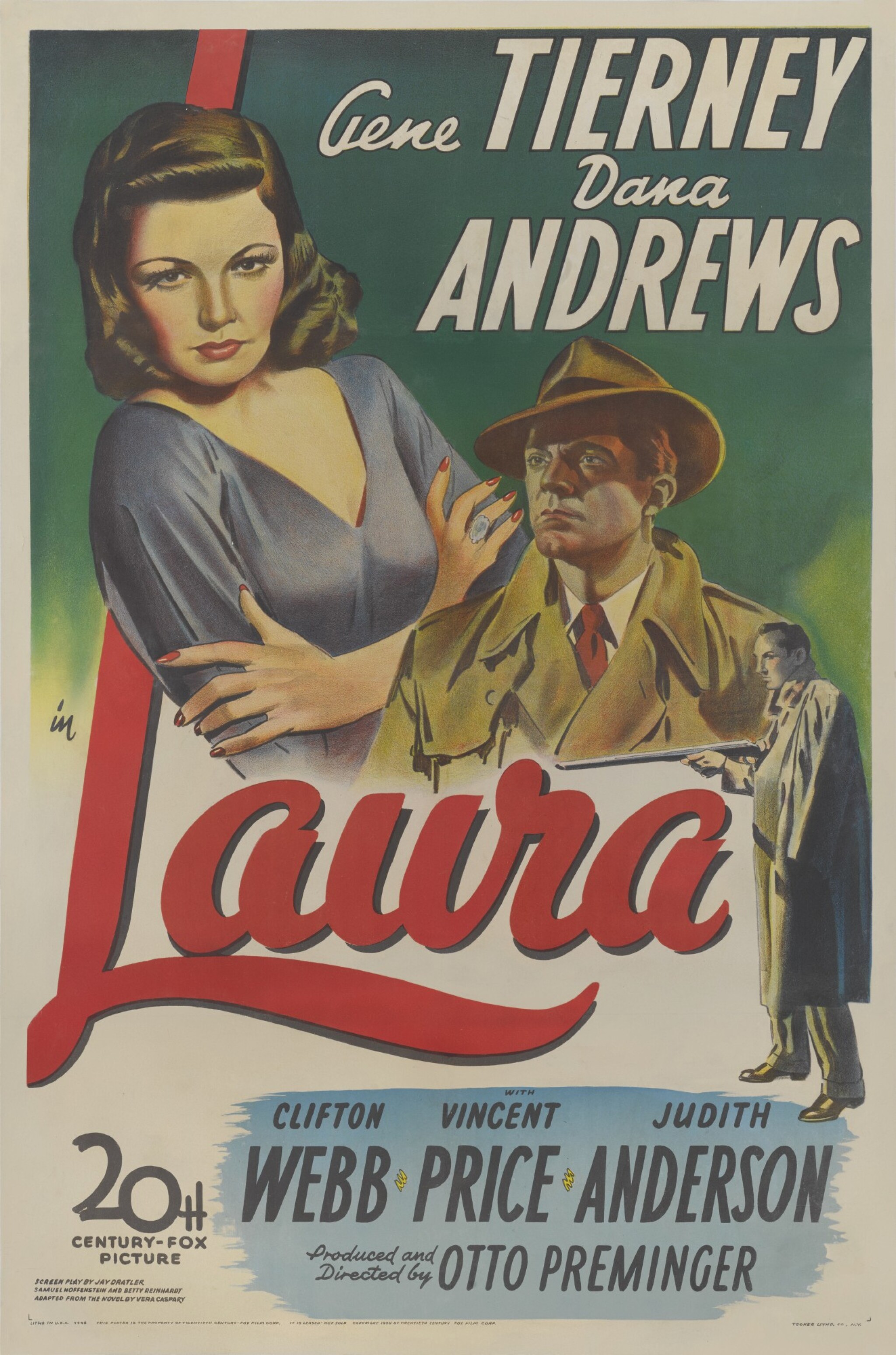 This American film noir was produced and directed by Otto Preminger. It stars Gene Tierney, Dana Andrews and Clifton Webb. The film was based on Vera Caspary's novel of the same name. Every director who read Caspary's novel wanted to turn it into a stage production, but no one would finance it. Otto Preminger convinced Darryl Zanuck to buy the rights for 20th Century Fox. Caspary, tired of shopping it around, reluctantly agreed. She said ‘once a writer sells a story to Hollywood, they can kiss it goodbye'. She had no idea that she had signed away a million dollars. After the success of the film Caspary remarked ‘who would have thought that a film which for all its elegance, was not expensive, whose stars were not then considered important, would become a box office smash and a Hollywood legend?’.