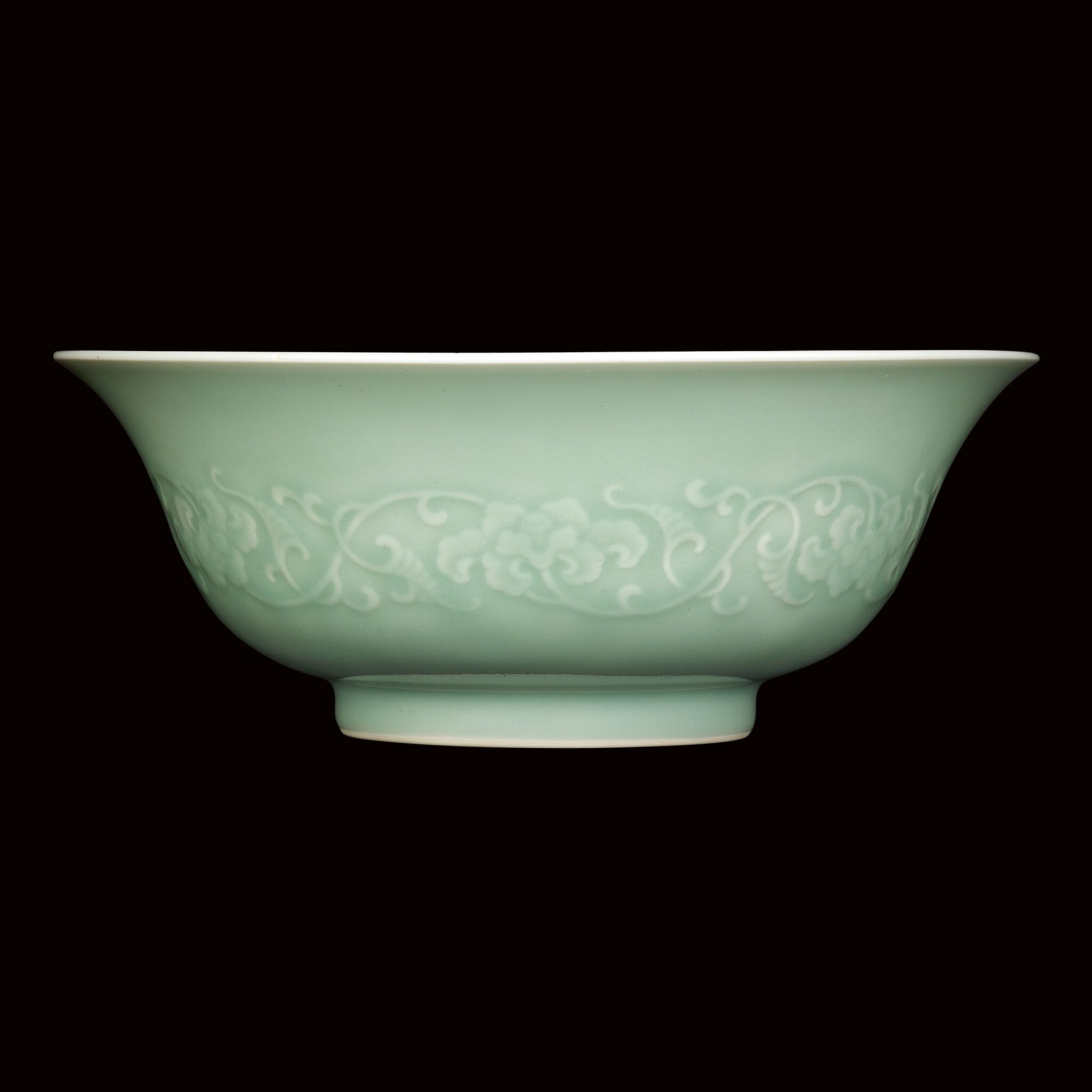 MARK AND PERIOD OF YONGZHENG

carved on the exterior with a wide frieze of peony blossoms borne on a leafy scroll, covered overall save for the footring with a luminous celadon glaze, the base inscribed with a six-character reign mark

Collection of Carl Gimbel (1881-1946), Danish engineer and professor of mathematics and statistics at the Imperial University, Beijing.

A closely related Yongzheng celadon bowl from the collection of Professor Edward T. Hall, inventory no. 541, carved with a ruyi head design, illustrated in Sotheby's Hong Kong Twenty Years, Hong Kong, 1993, no. 314, was sold in these rooms, 2nd May 2000, lot 527. Compare also a similar bowl from the collection of Ira and Nancy Koger, sold in our New York rooms, 27th November 1990, lot 29.

Carl Gimbel (1881-1946) arrived in China in 1908, the last years of the Qing dynasty, to set up the Imperial Waterworks in Beijing, and was professor of mathematics and statistics at the Imperial University, Beijing. In the mid 1910s, he was appointed a district superintendent in the Chinese salt administration, where he served in different part of China until the late 1920s, when he retired and returned to Denmark. He was awarded the rank of Mandarin of the third degree, a rare honour for a foreigner.