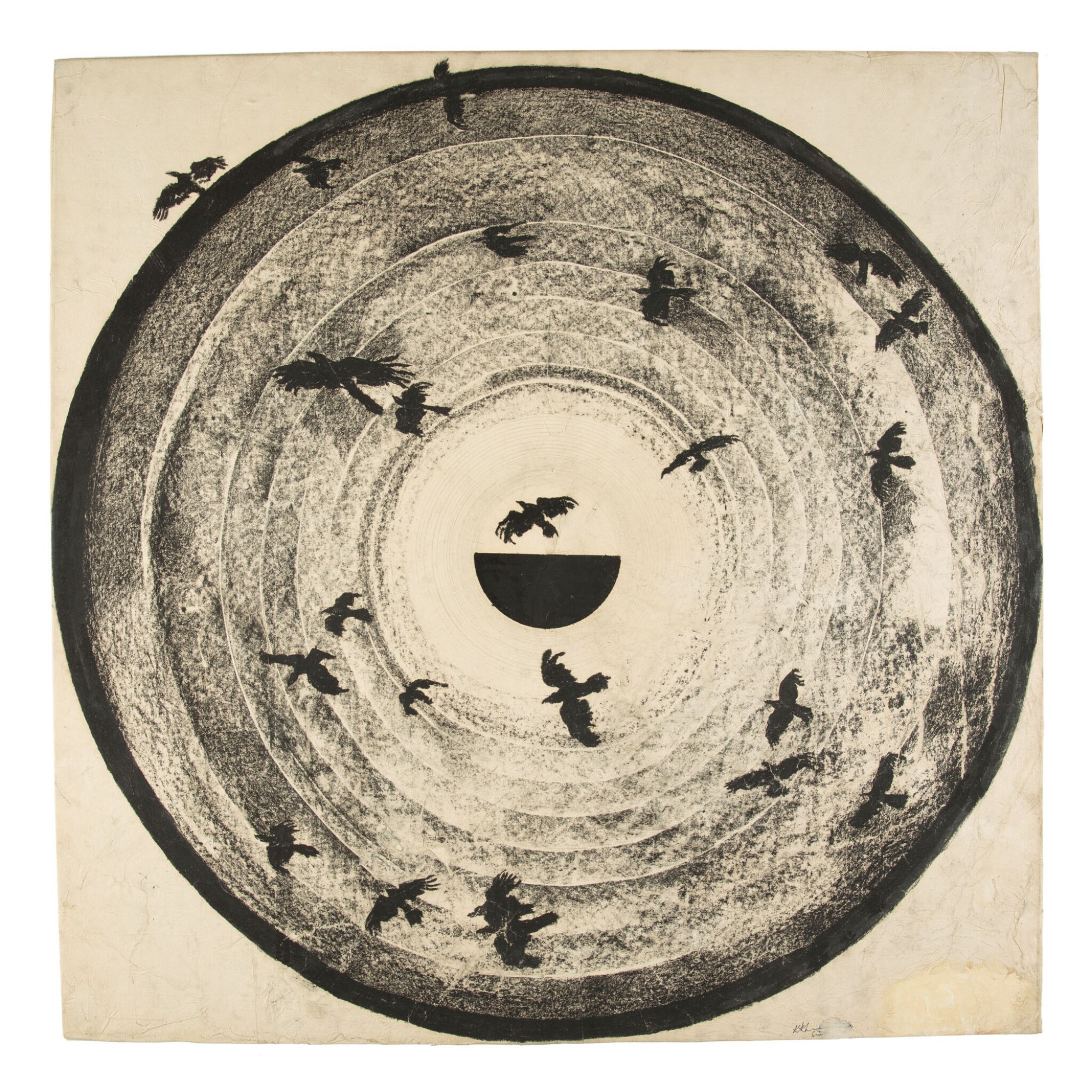 Mixed media on handmade paper laid on cloth and cardboard

Acquired in India in the 1970s by Margaret Lawson Cormack

Margaret Lawson Cormack was a renowned author who was born in Madura, India in 1912. She left India to attend college at the University of Kansas but went back to teach in Tamil Nadu. After the end of World War II, Cormack returned to the US to continue her education, eventually receiving a PhD and becoming a professor at numerous colleges and universities across the county. Her books on women in India are considered seminal to this day. In the late 1960s to mid-1970s, Margaret directed the Fulbright Foundation in India and lived in Delhi. She acquired this painting during that time.