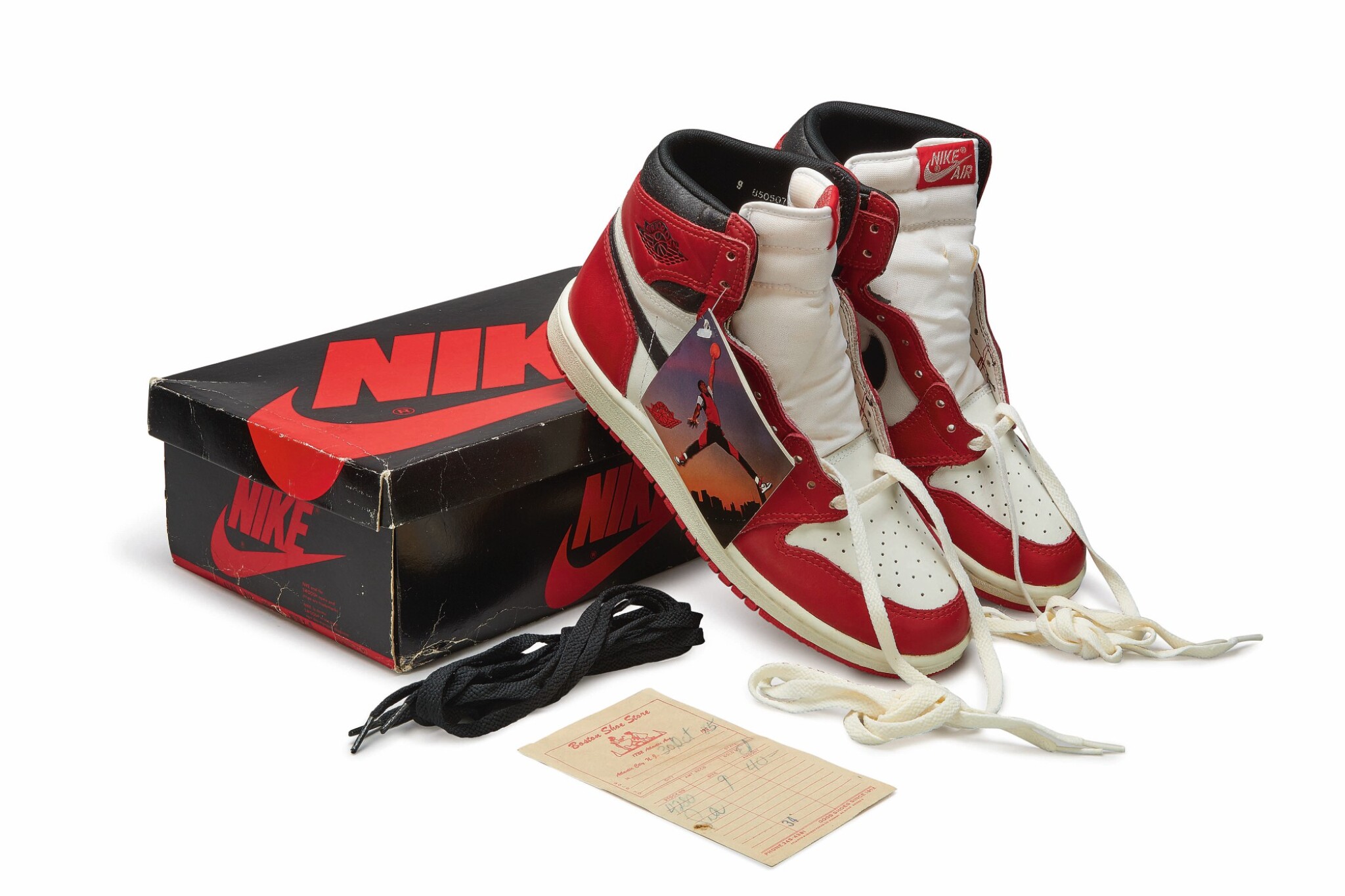 These specific shoes are in the iconic retail ‘Chicago’ colorway, and are perhaps the most recognizable for Michael, as well as the Nike brand. They are in pristine condition, particularly when noting the age of the item.