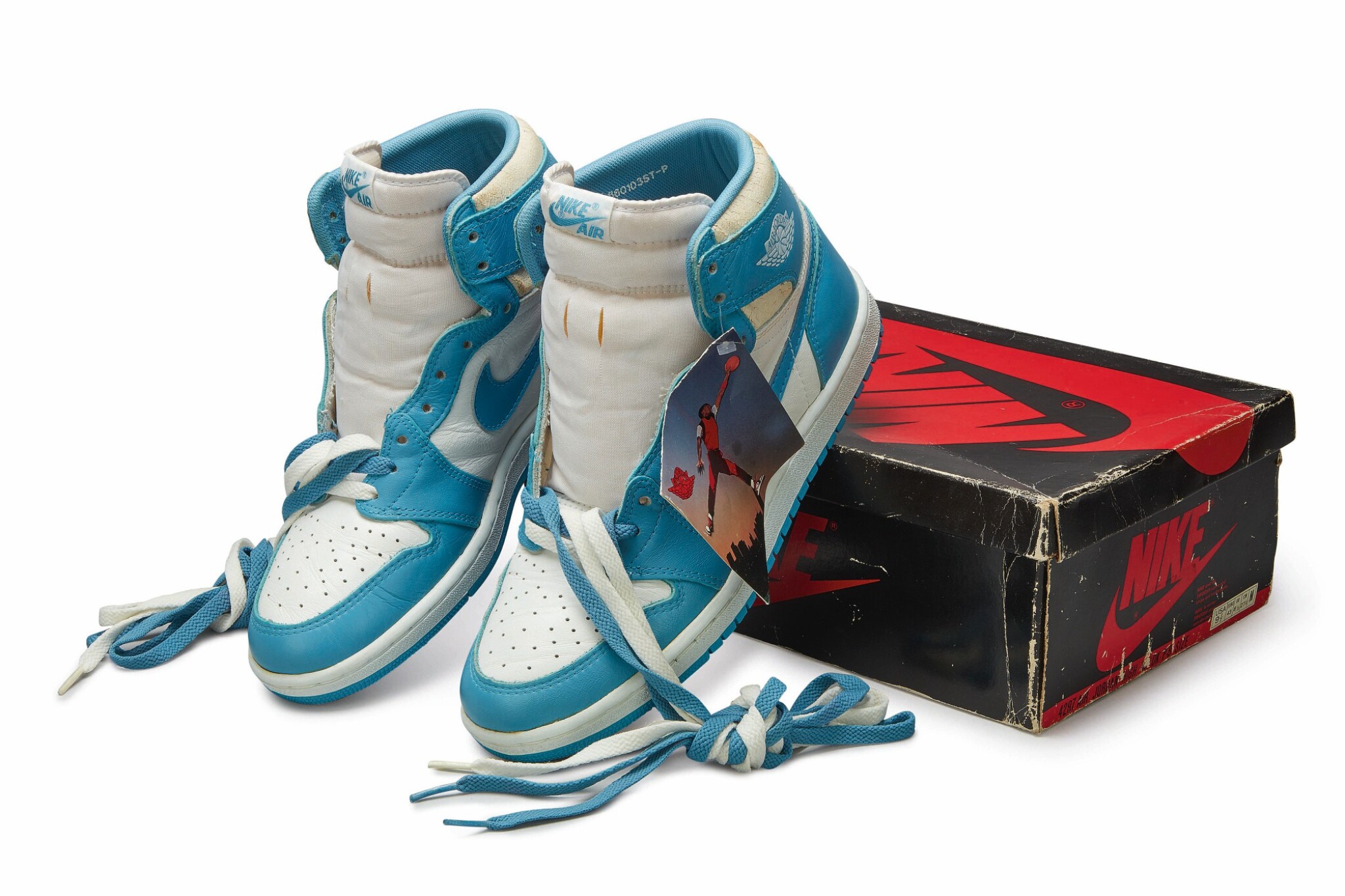 The sneakers are in deadstock condition consistent with age and come with the original box and hangtag, they do not show signs of wear. Minor scuffs on leather, and cracking on the uppers, which is consistent with older Air Jordan models.

These specific shoes are known as the ‘Carolina Blue’ or ‘UNC’ colorway. The dark powder blue is an homage to Michael’s days at the University of North Carolina.