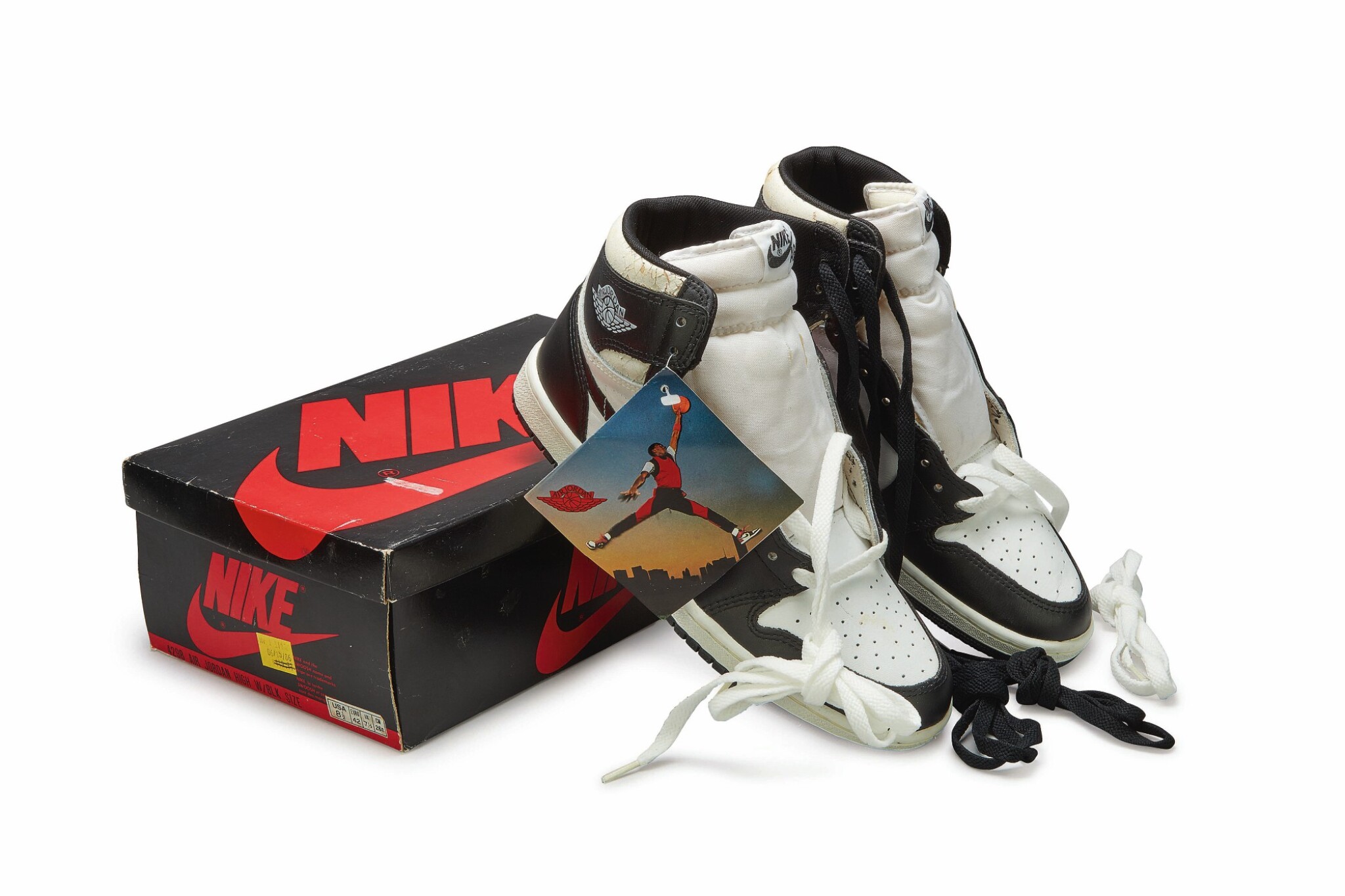 The sneakers are in deadstock and good condition consistent with age and come with the original box and hangtag, they do not show signs of wear. There is cracking on the white elements of the uppers as well as some yellowing. This is consistent with models this age.

These specific shoes in the classic ‘Black & White’ colorway, are a retail pair from 1985 in pristine condition, particularly when noting the age of the item.