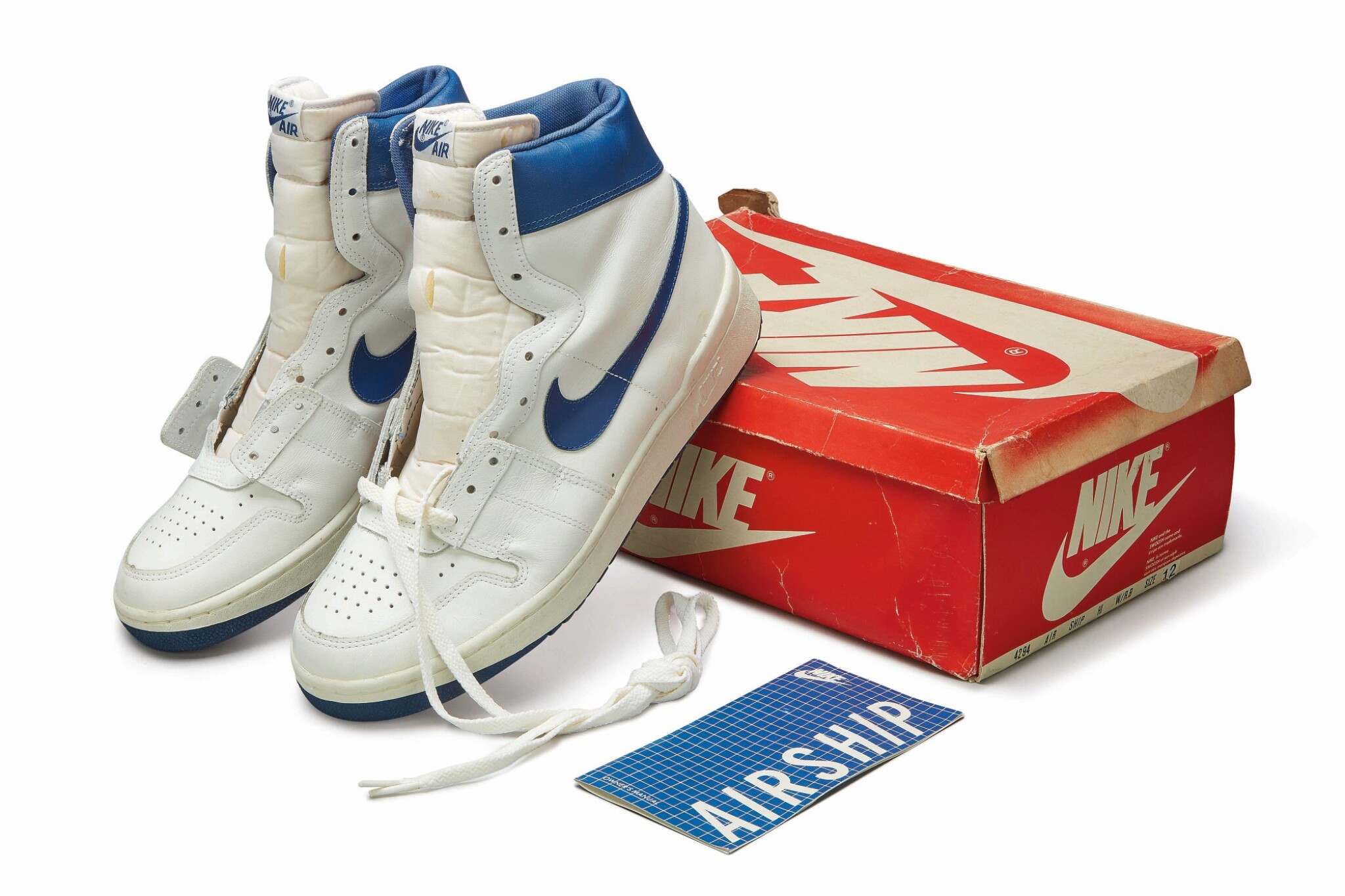 The sneakers are in deadstock condition consistent with age and come with the original box and papers, they do not show signs of wear. Minor marks/scuffs on leather.

Before Nike’s “Air Jordan,” came the Nike “Air Ship.” Designed by Bruce Kilgore and originally released in 1984, it was the first basketball shoe worn by Michael Jordan as an NBA professional. In the preseason and early games of his rookie year Michael wore a white and red colorway and also a black and red colorway (now known as ‘Bred’) that Nike creative director, Peter Moore, had specially designed for him. This was a ground-breaking move as basketball shoes of the time were primarily white with accent colors.

Michael’s Air Ships became controversial after the NBA sent a letter to Nike in February of 1985 informing the company that Jordan’s colorful shoes were a violation of the league’s uniformity of uniform clause. Nike responded by creating an infamous ad campaign around Jordan’s ‘banned’ shoes (advertising the first Air Jordans) remarking that while “the NBA threw them out of the game, fortunately, the NBA can’t stop you from wearing them.”

These specific shoes are a retail pair from 1984. They are a white and blue colorway and in pristine condition, particularly when noting the age of the item.