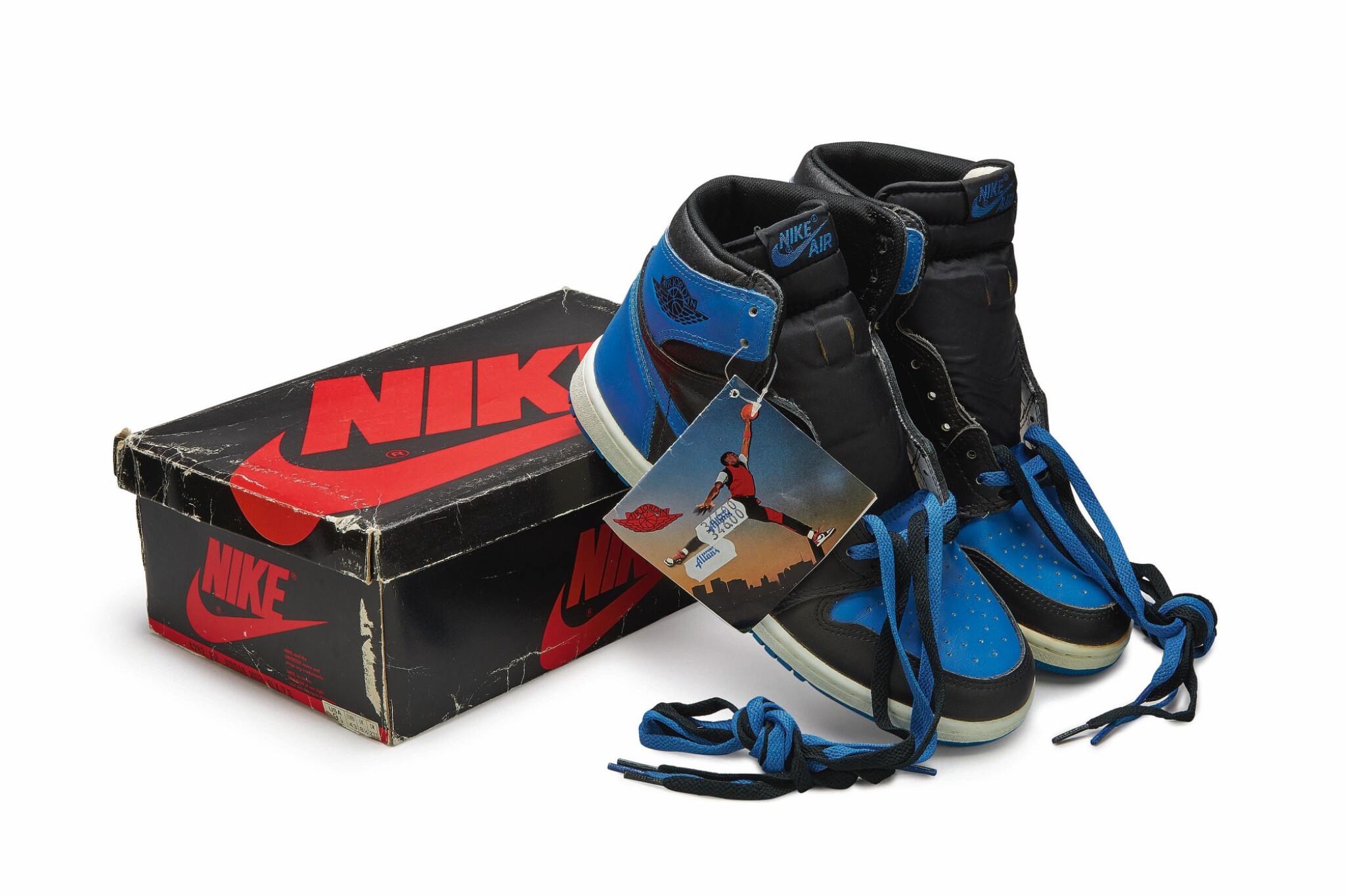 These specific shoes are the classic ‘Royal’ colorway. At the 1985 promotional photoshoot that led to the iconic ‘Flight Guy’ image and poster, Michael chose to wear the royal blue and black version because they are his personal favorite colors.