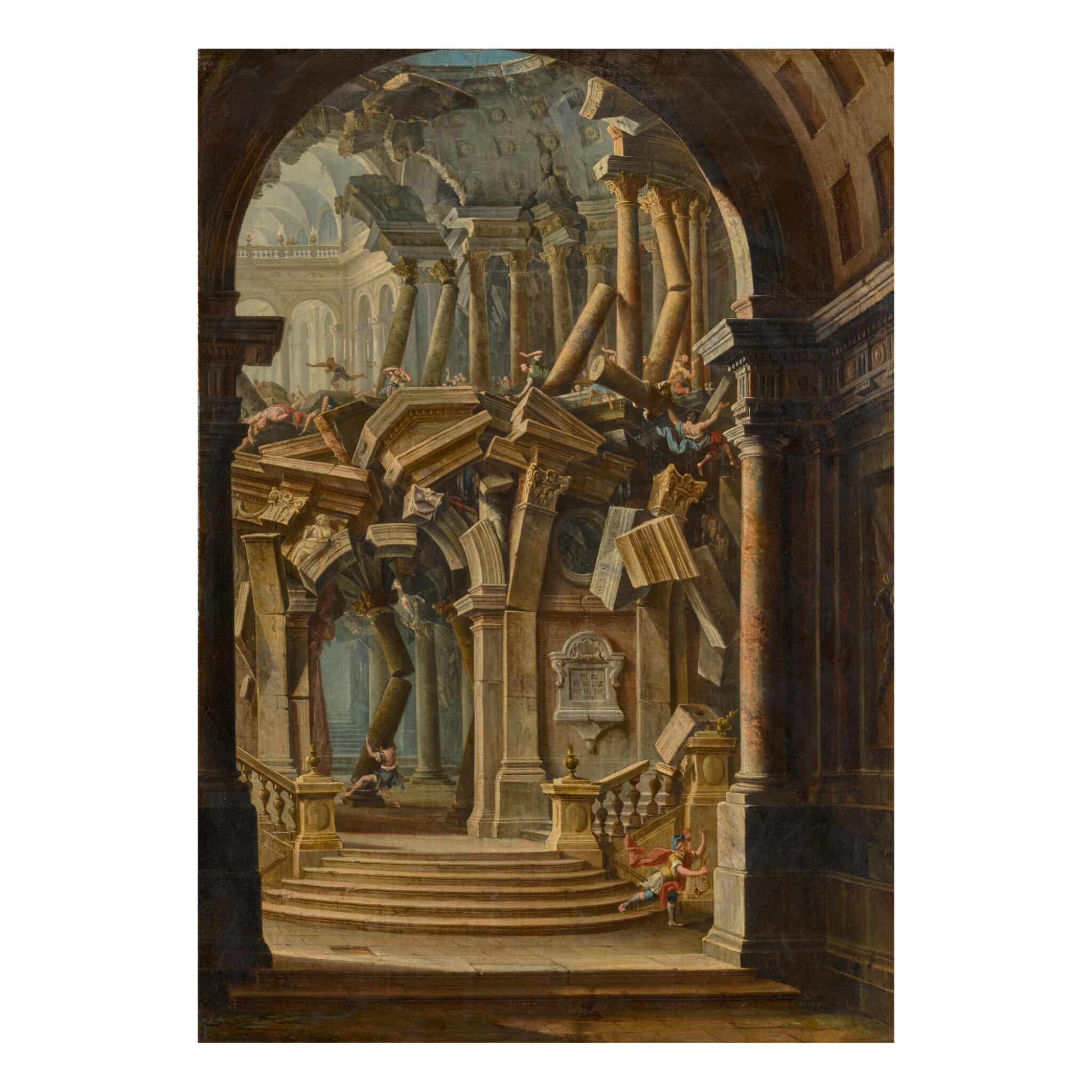 This work is in good condition overall. The canvas has a good lining which is effectively stabilizing the paint layer. Retouches are visible under ultraviolet light addressing isolated losses. These losses are not numerous, and many areas of the composition show no retouches at all. There is slight thinness in the darker figures against the lighter palace interior in the upper left. A fresh varnish would certainly illuminate the picture better and correct some of the visible blanching in the darker colors. The frame should be repaired. The work could otherwise be hung in its current state.

This large and impressive capriccio by Antonio Joli of Samson Destroying the Philistine Temple of Dagan likely dates to early in the artist's career, when he was working between Modena and Venice. Its dynamic and theatrical character suggests that it may have been inspired by stage design for a play or an opera. Comparable works by Joli of the same subject though with slight variations in the composition are known, including one in the Museo Civico d'Arte in Modena1 and another that last appeared at auction at Sotheby's Milan in 2001.2 While Joli is responsible for nearly all of this incredibly detailed architectural fantasy, he may have had assistance from his studio on the figures that populate the scene.  We are grateful to Dr. Ralph Toledano and Professor Giancarlo Sestieri for independently endorsing the attribution of the present lot on the basis of digital images. Both believe this work may include some intervention from Joli's workshop.