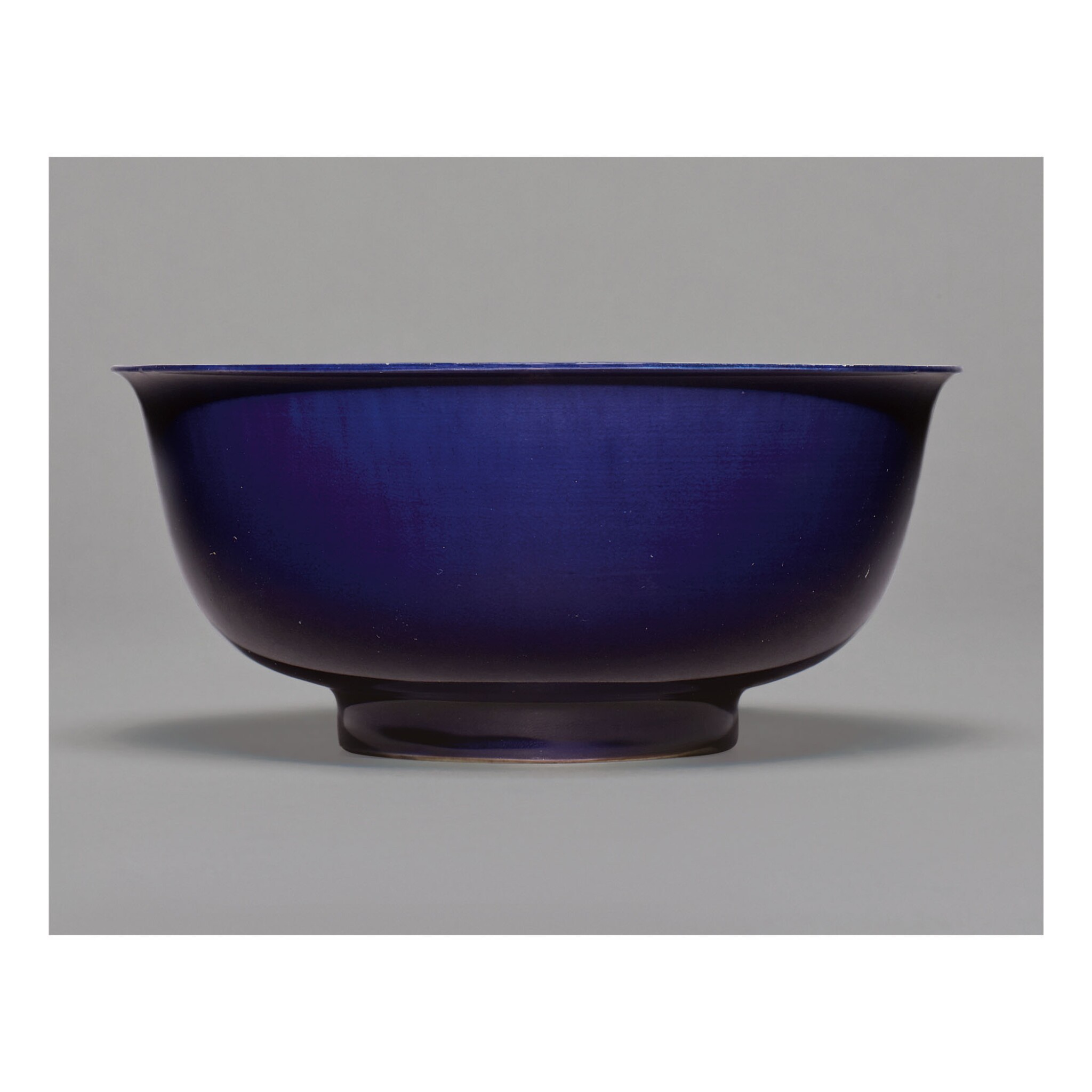 the deep rounded sides supported on a straight foot and rising to an elegantly everted rim, glazed overall in a rich translucent purplish-indigo stopping just above the foot, draining evenly from the rim and pooling to a deeper tone at the well, the recessed base glazed white and inscribed with a six-character mark in underglaze blue within a double circle

The rim with two very fine hairline cracks apprx. 1.2 and 0.4 cm long, very minute scattered frits and one small shallow chip. Very minor wear to the surface and minor scattered firing imperfections, mostly to the base.

Compare similarly glazed bowls, but each with a straight lip: one from the Baur Collection was exhibited in A Millennium of Monochromes: From the Great Tang to the High Qing. The Baur and the Zhuyuetang Collections, The Baur Foundation, Geneva, 2018, cat. no. 106. Another was included in Splendour of the Qing Dynasty, Hong Kong Museum of Art, 1992, cat. no. 222, and a pair from the Pei Shan Tang Collection was exhibited in Monochrome Ceramics of Ming and Ch’ing Dynasties, Hong Kong Museum of Art, Hong Kong, 1977, cat. no. 28.

Herman Lindberg was a Swedish physician who donated part of his Chinese art collection to the Museum of Far Eastern Antiquities in Stockholm in 1990. He inherited his love of Chinese art from his father, Gustaf Lindberg (1887-1961). The elder Lindberg, a peer of fellow connoisseurs King Gustaf VI Adolf of Sweden and Carl Kempe, also wrote on his and Kempe's collections of Chinese ceramics.