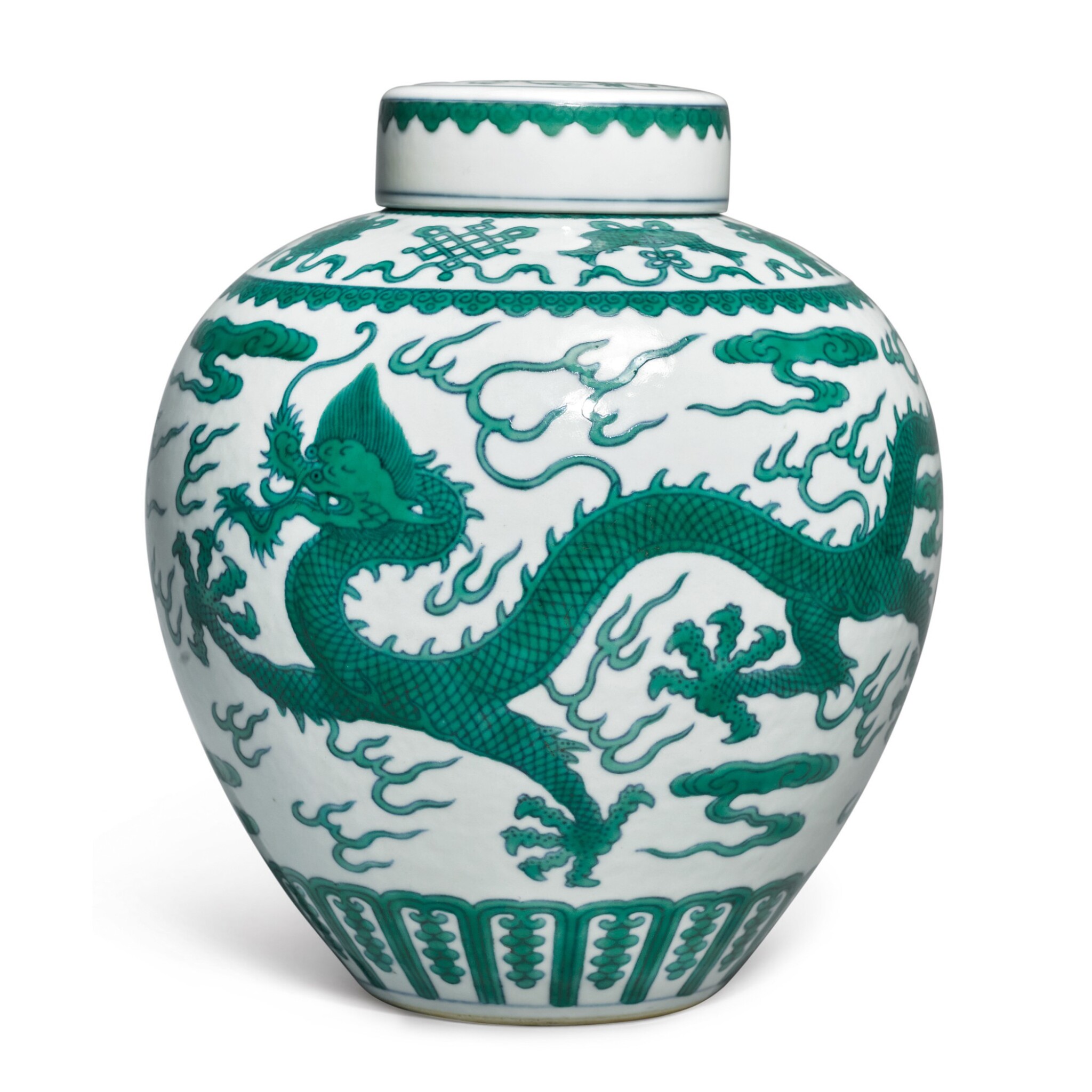 well potted with a tapering ovoid body rising from a recessed base to a rounded shoulder and a short neck, painted to the exterior in rich tones of green enamel with two striding five-clawed dragons in pursuit of 'Flaming Pearls' amidst cloud scrolls, all between a register of bajixiang encircling the shoulder and a border of lotus-lappet skirting the foot, the flat-topped cover decorated with a writhing dragon chasing a 'Flaming Pearl' and a ruyi border encircling the side, the base with a six-character seal mark in underglaze blue (2)

The jar and the cover are in good condition overall with only light wear as expected. The interior of the cover with a few faint and short glaze lines.

Imperial porcelain wares painted with vigorous dragons in green enamel against a white ground were first produced during the Chenghua period (r. 1465-87), and continued to be popular throughout the Ming (1368-1644) and Qing dynasties. While in the Ming period dragons were generally incised and reserved in the biscuit, and after the first firing enameled in green and black, in the Qing dynasty the dragons are invariably painted over a layer of transparent glaze.

For the prototype of this form and design, compare a Qianlong mark and period jar and cover, in the National Palace Museum, Taipei, published in Enamelled Ware of the Ch’ing Dynasty, vol. II, Hong Kong, 1957, pl. 13.

The Poniatowskis were one of the most prominent families in Poland in the late 18th century and 19th centuries. In three generations, the family rose from the rank of gentry, to senator, to royalty when Stanislaw Poniatowski was elected King of Poland (r. 1764-1795).