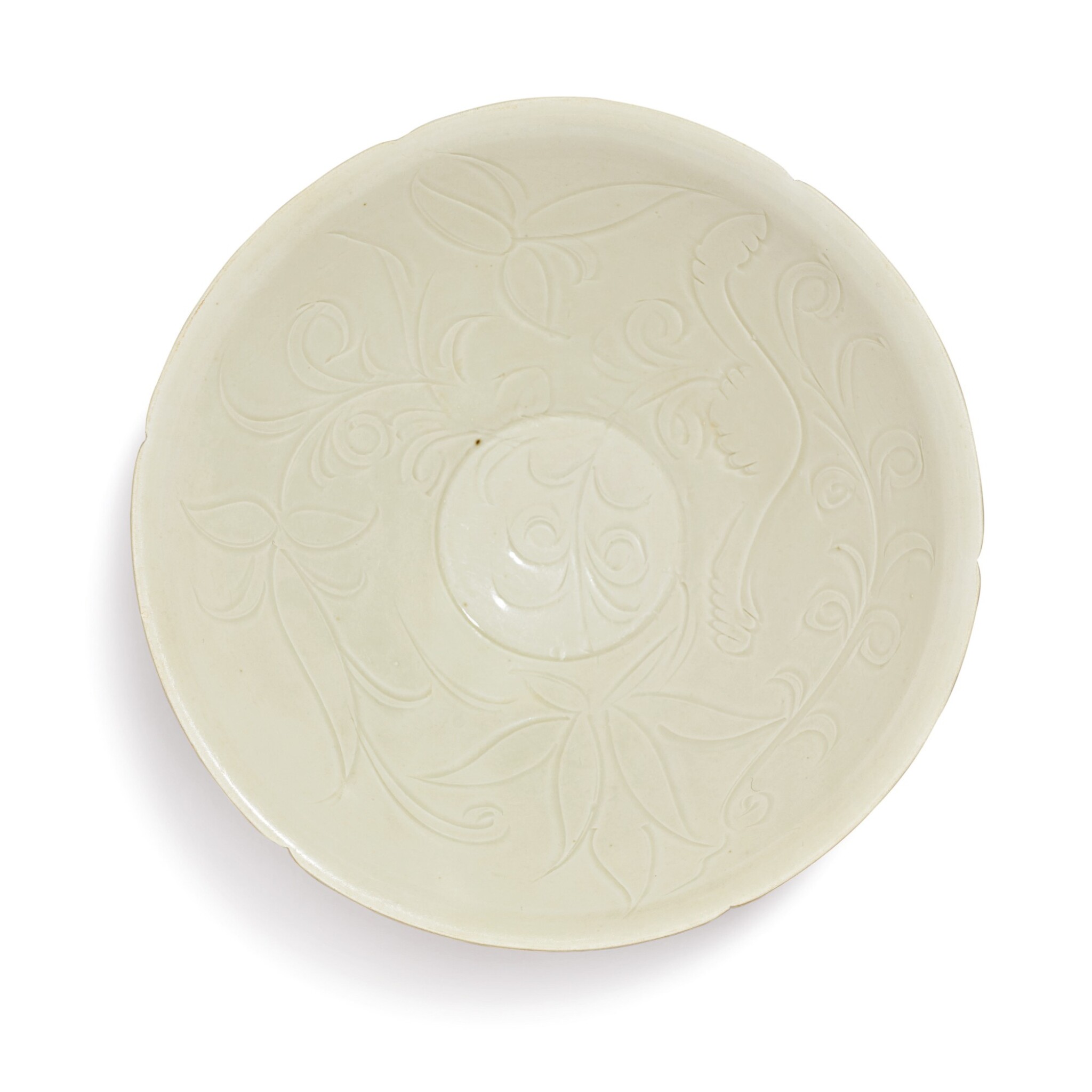 the rounded conical sides rising from a low foot and gently everting at the hexalobed rim, the interior freely carved with a lush lotus blossom amidst curling foliate sprays and feathery leaves, evenly applied with an ivory-tinged glaze pooling in characteristic 'teardrops' on the exterior, the rim and footring unglazed to reveal the fine white body

In overall good condition. very minor firing imperfections including kiln grit, iron spots, and the mouthrim is slightly uneven. The mouthrim has a shallow chip, and the footring has minute nicks. Expected surface wear and scratches.

Elegantly potted and deftly carved with motifs from nature, the present bowl is representative of fine Ding ware and the aesthetic tastes of the Northern Song period. Rising clean out of muddy waters, the lotus was frequently associated with the scholar-official class during the Song dynasty, as it is symbolic of purity, integrity and the Confucian notion of virtue.

Compare two similar bowls carved with lotus but with metal rims: the first in the collection of the British Museum, London, illustrated in The World’s Great Collections: Oriental Ceramics, The British Museum, vol. 5, Tokyo, 1976, pl. 26, the second in the Palace Museum, Beijing, illustrated in Selection of Ding Ware. The Palace Museum's Collection and Archaeological Excavation, Beijing, 2012, pl. 64. For examples sold at auction, see one with very similar carving to the present, sold at Christie's Hong Kong, 26th November 2018, lot 8005. Another, formerly in the collections of Mrs. Alfred Clark and J.T. Tai, sold in these rooms, 22nd March 2011, lot 167.