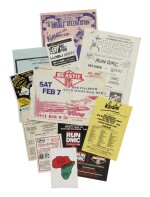 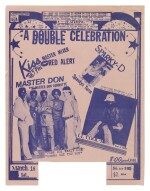 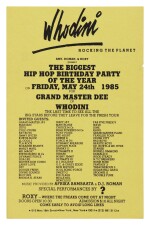 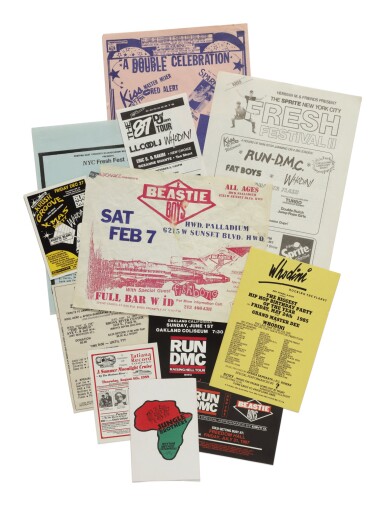 Original paper handbills, ranging in size from 4 1/4 x 5 1/2 in. to 8 1/2 x 11 in., on pink, white, black, and blue paper, 5 being on thicker card stock. One with rectangular section clipped away at foot, one with some crinkling and small stains, some occasional light edge-wear.