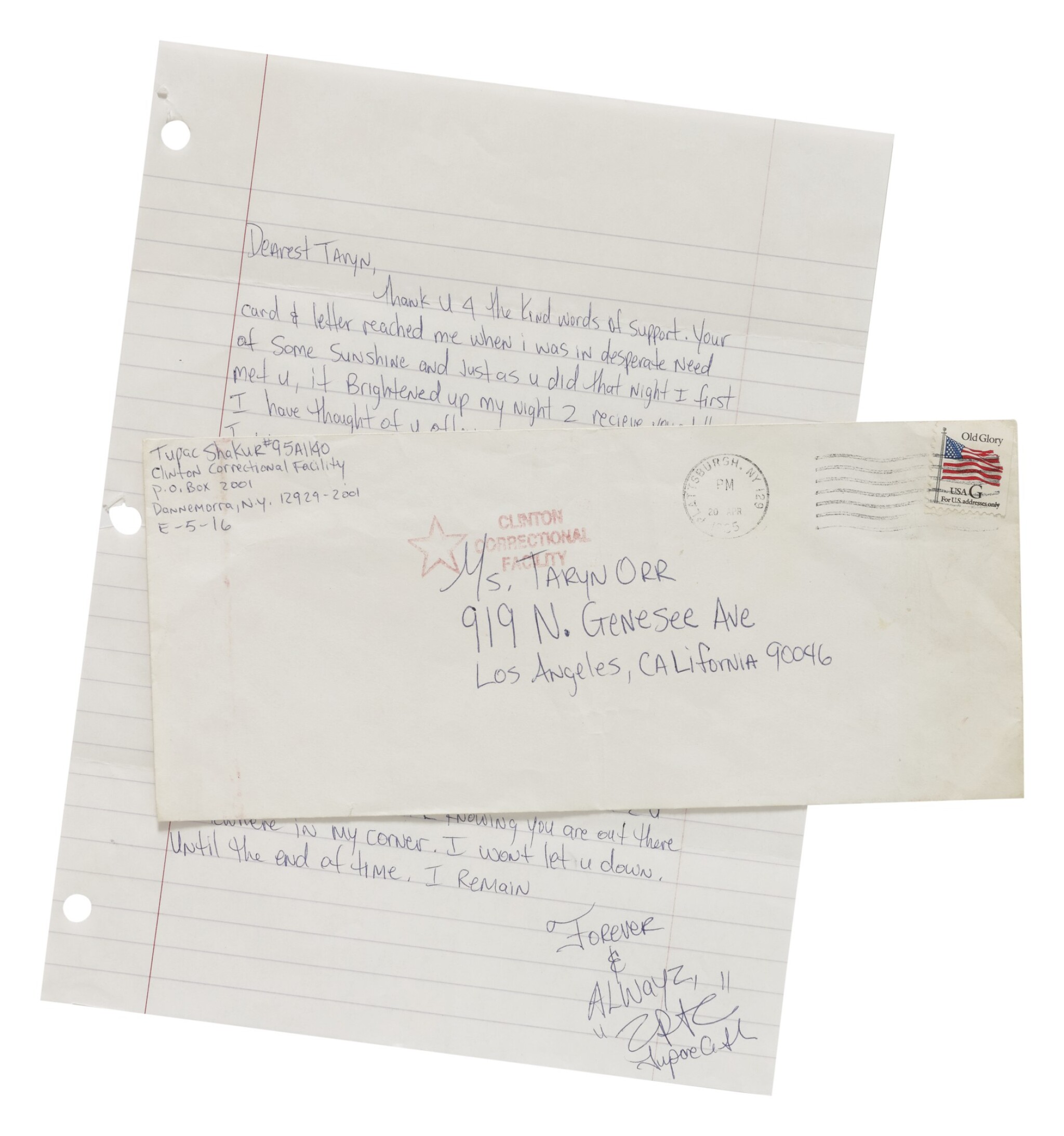 1 page (8 x 10 1/2 in.), in blue ballpoint pen on lined notebook paper, together with original cover, address in manuscript by Shakur, and with red inkstamp of the Clinton Correctional Facility. Creases where previously folded, some faint soiling to cover, but overall in excellent condition.

"I WON'T LET U DOWN. UNTIL THE END OF TIME." — AN UNPUBLISHED, HEARTFELT LETTER FROM ONE OF THE GREATEST MUSICAL ARTISTS OF ALL TIME

Written while incarcerated at Clinton Correctional Facility in New York, 24-year old Shakur responds to a letter and card penned to him by Ms Orr, a young woman he had dated in Los Angeles. Her words of encouragement were clearly appreciated by Shakur, as whe writes: "Thank U 4 the kind words of support. Your card & letter reached me when I was in desperate need of Some Sunshine and just as u did that night I first met u, it Brightened up my night 2 receive your letter..."

Shakur makes the surprising revelation that he felt nervous on their date "I was so nervous around u constantly in fear of Saying or doing the wrong thing. It was a comfort to hear i didn't ruin my first impression of me to your eyes!"", and as we see in earlier romantic correspondences (see previous lot 89), Shakur is very respectful, and conscious of boundaries "Send me some pictures so that i can once Again see how beautiful U R. Is that OK with U?", and his romantic relationships clearly left lasting impressions on him "I have thought of u often since our first meeting & date...I won't let you down. Until the end of time, I remain....."