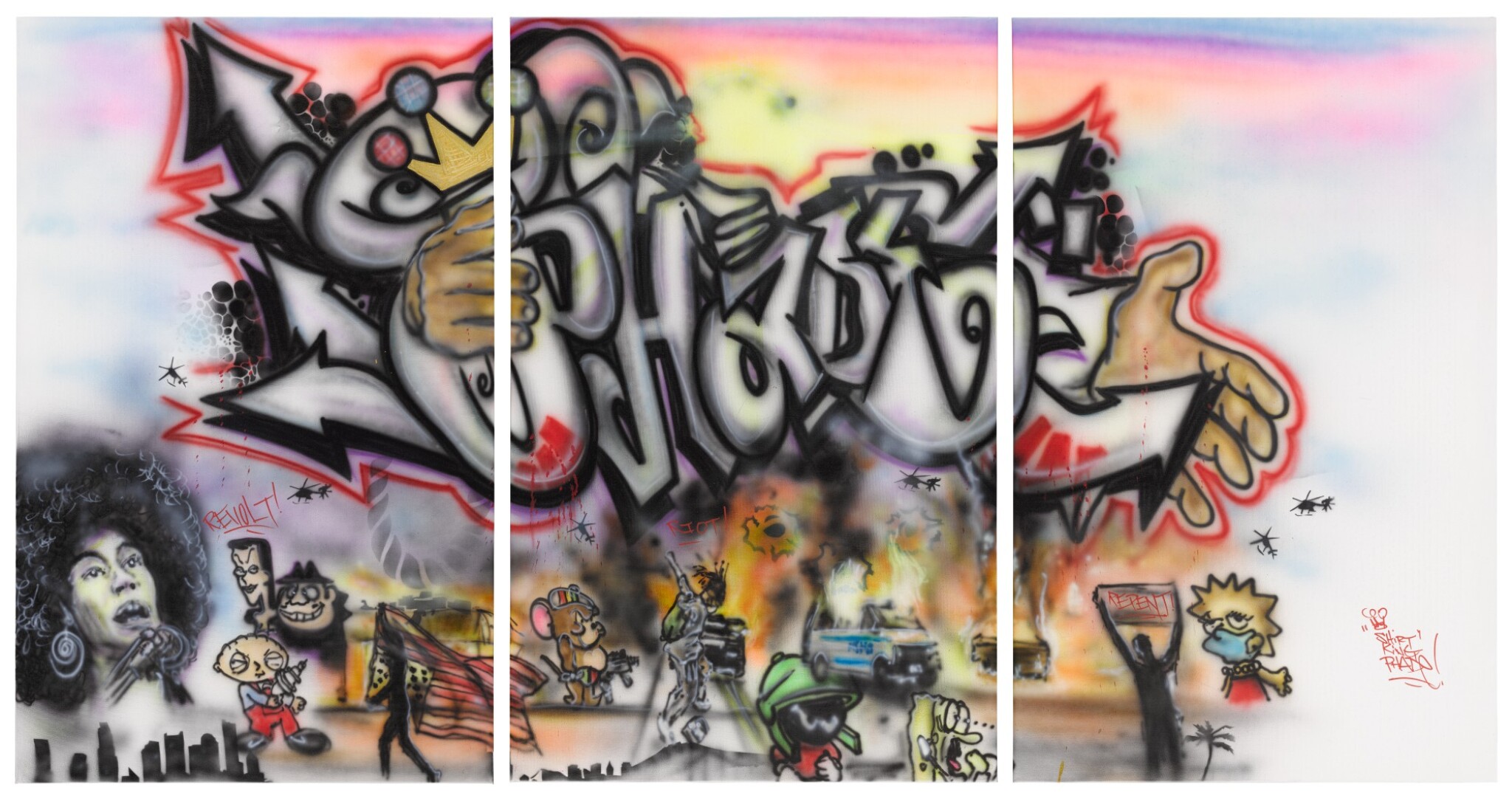 This powerfully symbolic triptych combines Phade's trademark graffiti style, interspersing cartoon characters with scenes representing the 1960s, 1990s, and 2020. Juxtaposing Angela Davis and a shadow-figure carrying an upside down American flag with 1960s cartoon characters Boris & Natasha, Riot scenes of the 1990s with a police van in flames alongside 1990s characters such as Stewie Griffin, Sponge Bob Squarepants, and Marvin the Martian, and in a 2020 scene, a shadow-figure carrying a sign reading "Repent!" next to Lisa from the Simpsons wearing a face-mask, in a clear reference to the Covid pandemic.

After opening a store in Queens at the Coliseum Mall, the shop became iconic in the Hip Hop scene, in the same way Vivienne Westwood and Malcolm McLaren’s SEX shop was to the punk scene. Some of the hip-hop’s biggest stars began passing through their doors. From the likes of Jay Z, Jam Master Jay and RZA, Phade and the Shirt Kings’ apparel found their way into several of these artists’ visual media helping to create some of hip-hop’s most iconic images.