The consignor of this lot will be donating 100% of their proceeds to charity, with 50% going to benefit Hip Hop Public Health and 50% to Unity Unlimited 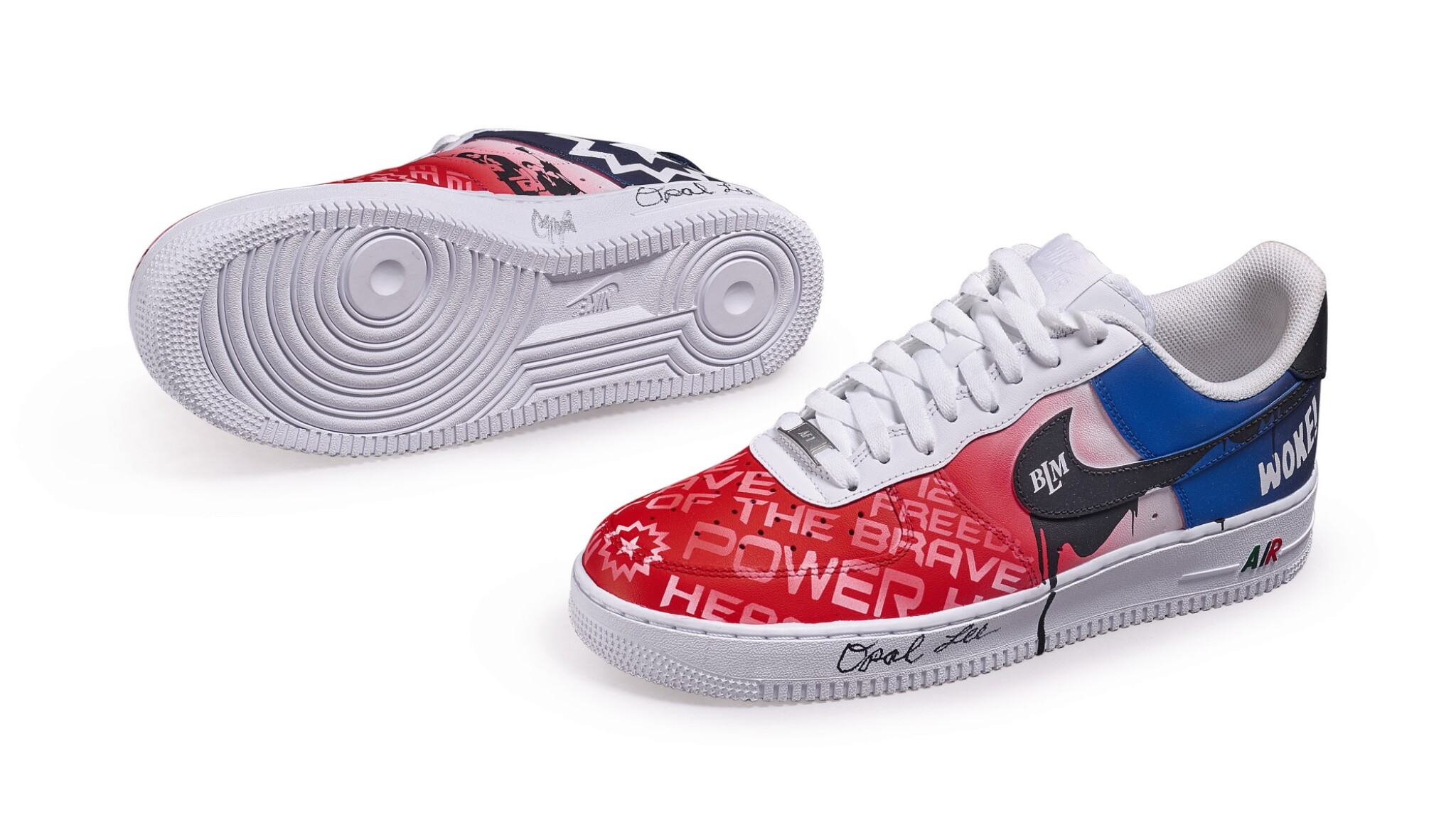 The consignor of this lot will be donating 100% of their proceeds to charity, with 50% going to benefit Hip Hop Public Health and 50% to Unity Unlimited

CUSTOM AIR FORCE 1, CONCEPTUALIZED BY NIKO BRIM WITH THE INFLUENTIAL DIRECTION OF OPAL LEE AND DESIGNED BY SIERATO IN HONOR OF JUNETEENTH HOLIDAY CAMPAIGN, SIZE 10.5

The bold sneakers feature song lyrics from Brim's single, "Hard to Believe" and symbolic imagery, which includes: the official Juneteenth flag, and the raised black power fist logo, a nod to timeless, silent protest at the 1968 Olympic Games in Mexico City when sprinters Tommie Smith and John Carlos hoisted their clenched fists while accepting their medals. It also features the number "2.23" across the toe box in memory of Ahmad Arbery, the unarmed African-American man pursued and fatally shot while jogging in Georgia.

Ms. Opal Lee, who has spent the last four decades campaigning to get congress to mark Juneteenth as a federally observed holiday, also graced the sneaker with her autograph. Her history-altering Change.org petition achieved over 1.5 million signatures and was the platform's most celebrity supported cause. It ranked Top 5 most active campaign, trekking behind the petitions to arrest those responsible for the death of George Floyd.

Since 2016, Tenacious lifelong Texan, Ms. Opal Lee annually leads a two and a half-mile walk recognizing the two and a half years it took for slaves in Texas to become aware of their freedom after the Emancipation Proclamation. Her mission has gained global attention and support from top luminaries, inspiring Nike to declare Juneteenth as an annual paid company holiday in 2020.

As the ever-burgeoning Black Lives Matter movement continues to grow and demand accountability, reflection, and change, Brim and Lee's shoe hopes to inspire a unity that spans generations, strengthening the nation and memorializing Juneteenth as part of a holistic view of American history.