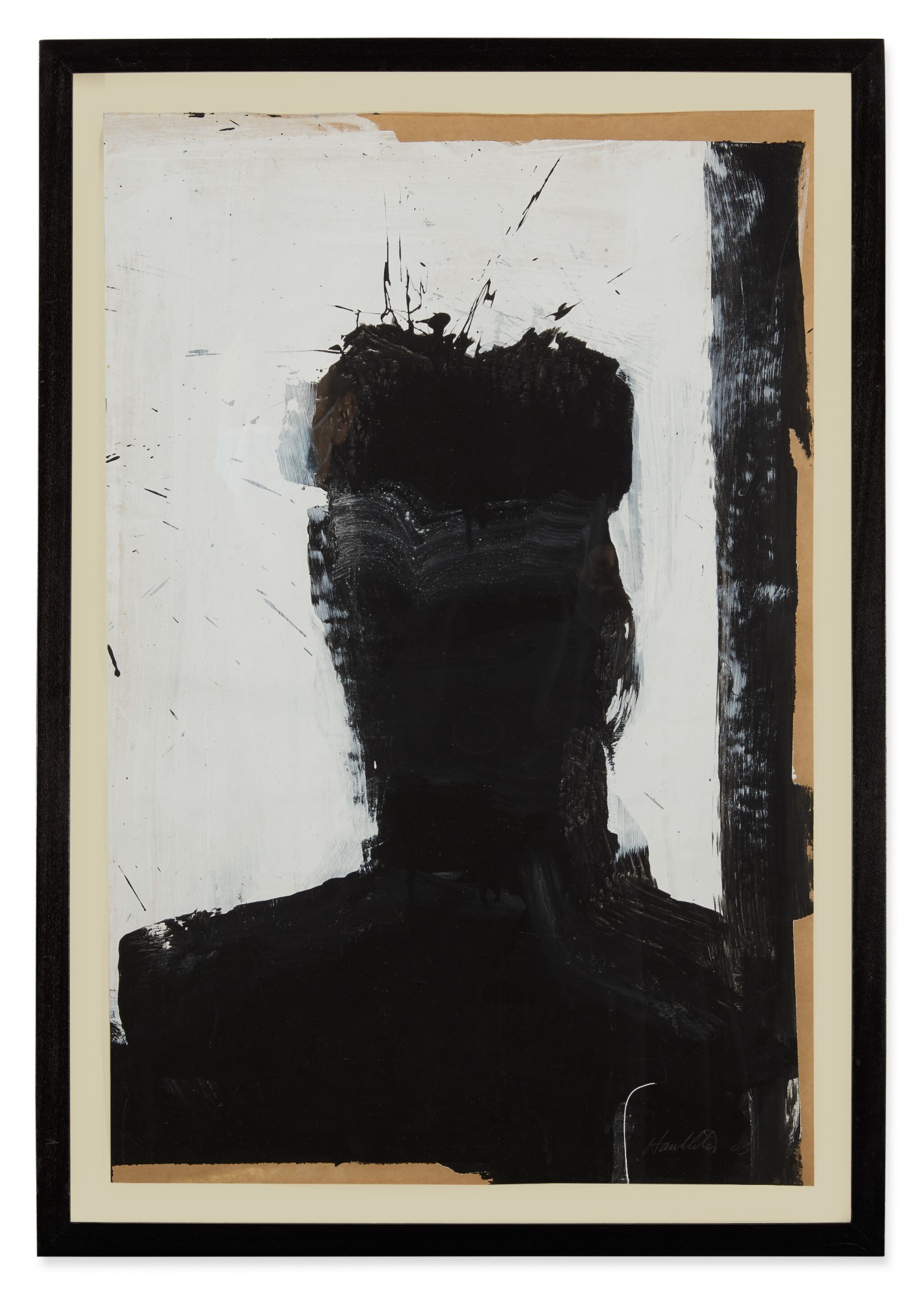 An American-Canadian Conceptual Artist who became known for his public work no city streets around the world, Richard Hambleton initially made news by painting faux crime-scene outlines of bodies on pavements. In the early 1980s, Hambleton painted shadowy silhouette figures on buildings in the Lower East Side of New York City alongside Jean-Michel Basquiat and Keith Haring. During this time the artist also began to portray iterations of his highly recognized Shadowman figures onto found objects, doors, and canvases, becoming the first artist to introduce a full-scale image of a person in shadow on urban walls. According to him, his Shadowman figures “... could represent watchmen or danger or the shadows of a human body after a nuclear holocaust or even my own shadow”.

Richard Hambleton’s work was exhibited at the Museum of Modern Art in 1984 and 1985, and as part of the Venice Biennales of 1984 and 1988, respectively, where he painted his signature shadowmen. A subsequent tour of Europe brought his figures to the streets of Paris, Rome and London.

The Shadowman stands as a symbol of a moment in time, an instantly recognizable figure that will forever permeate our psyche. The conceptual nature of Hambleton’s process is the reaction his work evokes. When one came upon these early dark figures on city streets, it would be the reaction of surprise, fright or feeling befriended that the Artist was seeking. The award-winning documentary Shadowman by Oren Jacoby about his life premiered just a few months before his death, in 2017.

Exhibited: “Richard Hambleton, I Only Have Eyes For You” Solo Exhibition at Woodward Gallery, NYC, April 4-May 17, 2017