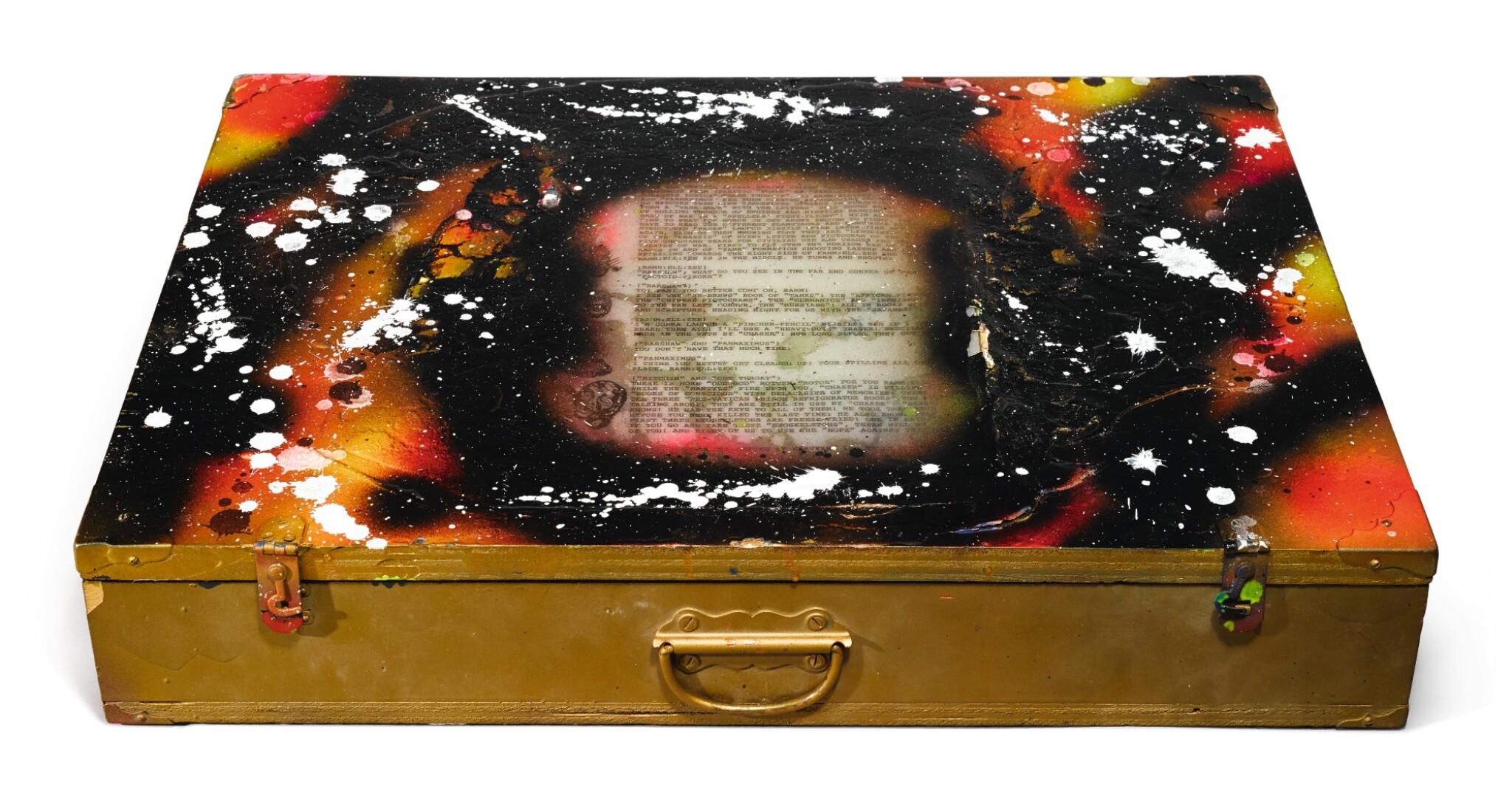 The Estate of the artist

Rammellzee was a prominent figure in the New York Street Art scene in the 1980s alongside Basquiat and Keith Haring. The American artist is known for his graffiti and mixed-media sculptures, as well as a pioneer of early Hip Hop, recording Beat Bop with K-Rob in 1983. Rammellzee is known for his theory of Gothic Futurism, which contends that when liberated from linguistic structures, individual letters can be potent self-signifying enigmas. With spiky lettering, he describes a battle between letters and the standardization imposed by the rules of the alphabet. “The idea is to read this stuff, for humans to have something to read, not just blow them away”.

The artist typically performed and appeared publicly in masks and costumes of his own design, portraying different characters which sometimes represented a mathematical equation ‘hidden’ in Rammellzee’s nickname. That constructed persona was almost inextricable from his visual artwork.

Rammellzee’s works are generally associated with Afrofuturism, a cultural aesthetic that combines elements of science fiction, historical fiction, Afrocentricity, and magical realism with non-Western cosmologies to revise and re-examine historical events. Rammellzee’s art has been exhibited internationally, most notably at the Museum of Modern Art in 2012. The artist passed away on June 27, 2010 at the age of 49.