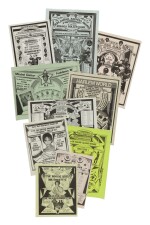 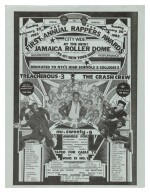 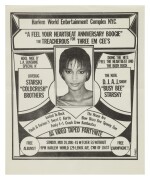 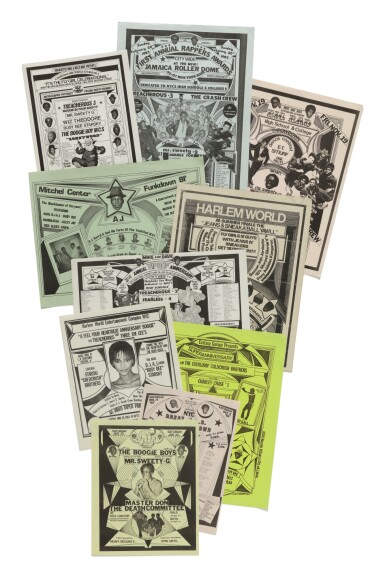 Original paper handbills, ranging in size from 6 x 8 1/2 in. to 8 1/2 x 11 in., on green, yellow, beige, pink, white and blue paper. A couple creased where previously folded, a few small faint spots of soiling and or toning, but overall in excellent condition.

PHASE 2 was a Bronx-born artist who first began to use the name Phase 2 in late 1971. He first began using his "softie" bubble letters in late 1972, which became a tremendous influence on later artists. He would later go on to become the art director of the International Get Hip Times, (see lot 8) which was the first 'zine about aerosol culture. Phase would participate in a number of Hip Hop shows, for which he would also design the flyers, and would often create large aerosol pieces on stage in front of the live audience.

Phase 2, an Aerosol Art Innovator, Is Dead at 64