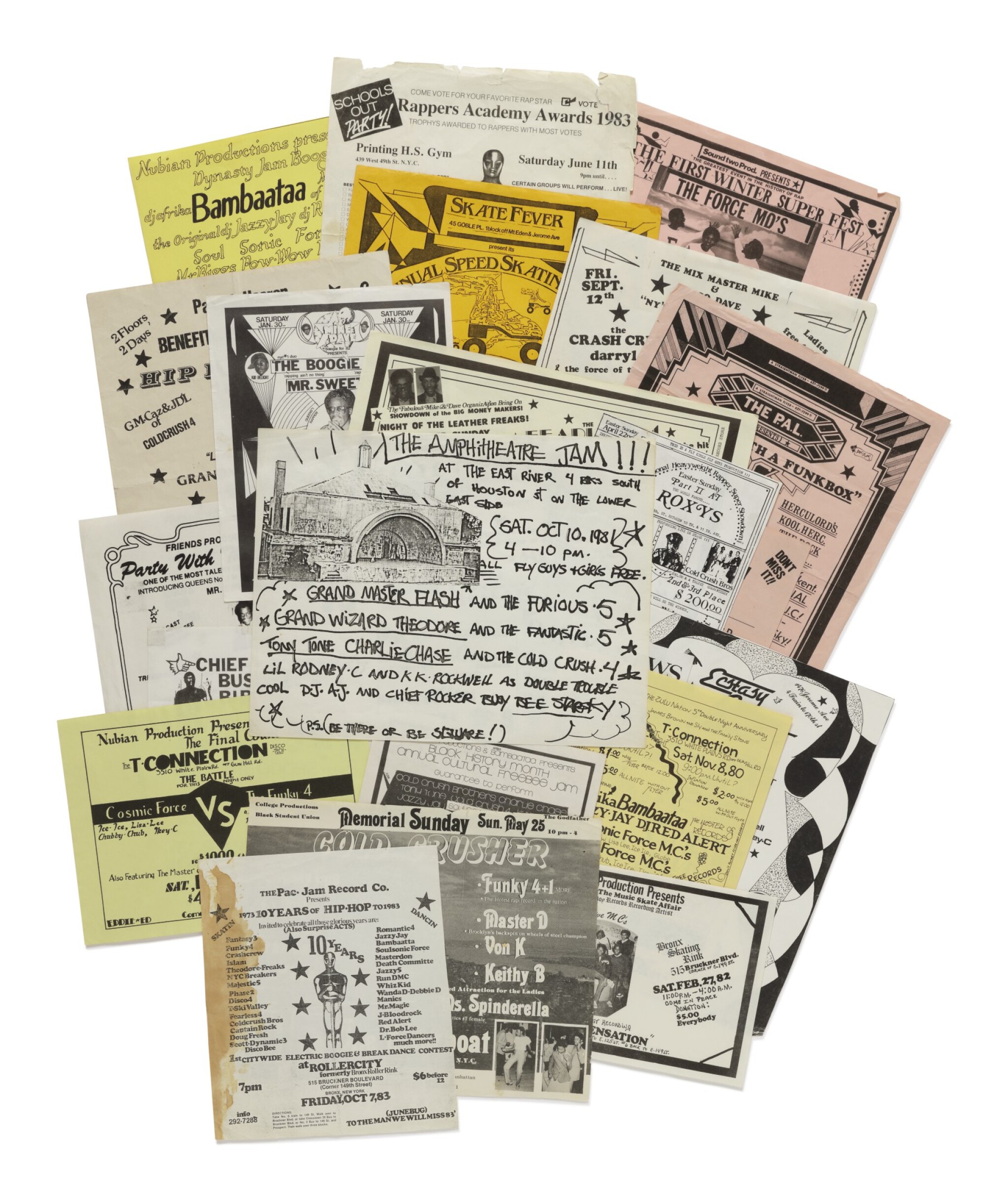 Original paper handbills, ranging in size from 8 1/2 x 5 1/2 in. to 8 1/2 x 11 in., on yellow, beige, pink, white and orange paper. A couple creased where previously folded, a few small faint spots of soiling and or toning, but overall in excellent condition.