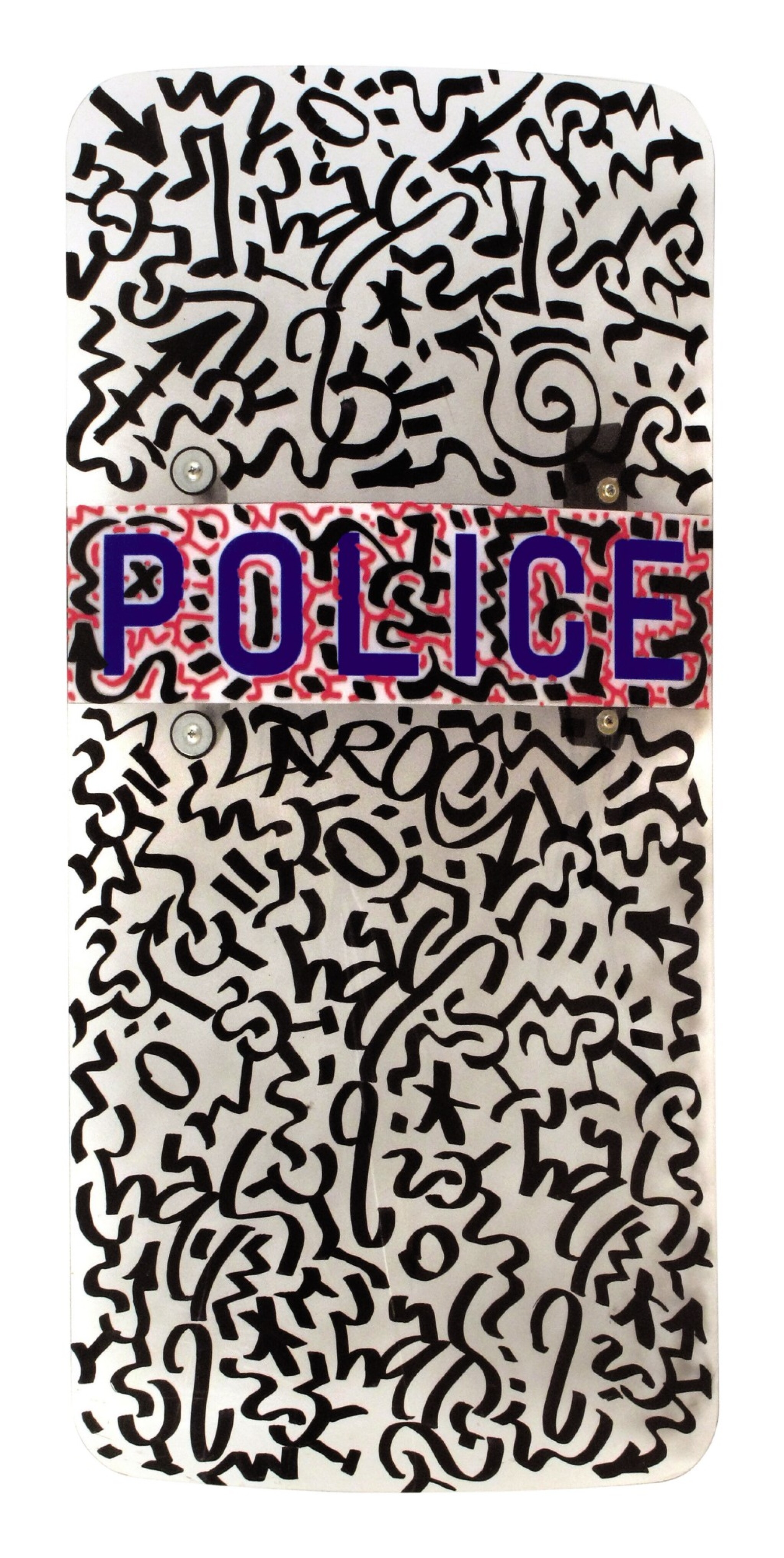 A fantastic example of the artist's work, transforming an appropriated object, in this case an NYPD Riot Shield, an object often associated with violence, into a compelling work of art.

LA2/LAROC is the tag of Artist Angel Ortiz. Hailing from the lower East Side of New York City, LA2 befriended fellow artist Keith Haring while in his early teens. :LA2's art is his signature language of visual lines that radiate energy. The pair went on to collaborate on numerous artworks together, including on vases, canvases, sculptures, and walls, with LA2's graffiti being the perfect complement to Haring's easily identifiable, simply outlined iconic characters. In addition to Haring, LA2 has also collaborated with Richard Hambleton, Kenny Scharf, and Mark Kostabi. His work has literally left an indelible mark on the New York art scene, and his graffiti has become part of art history.