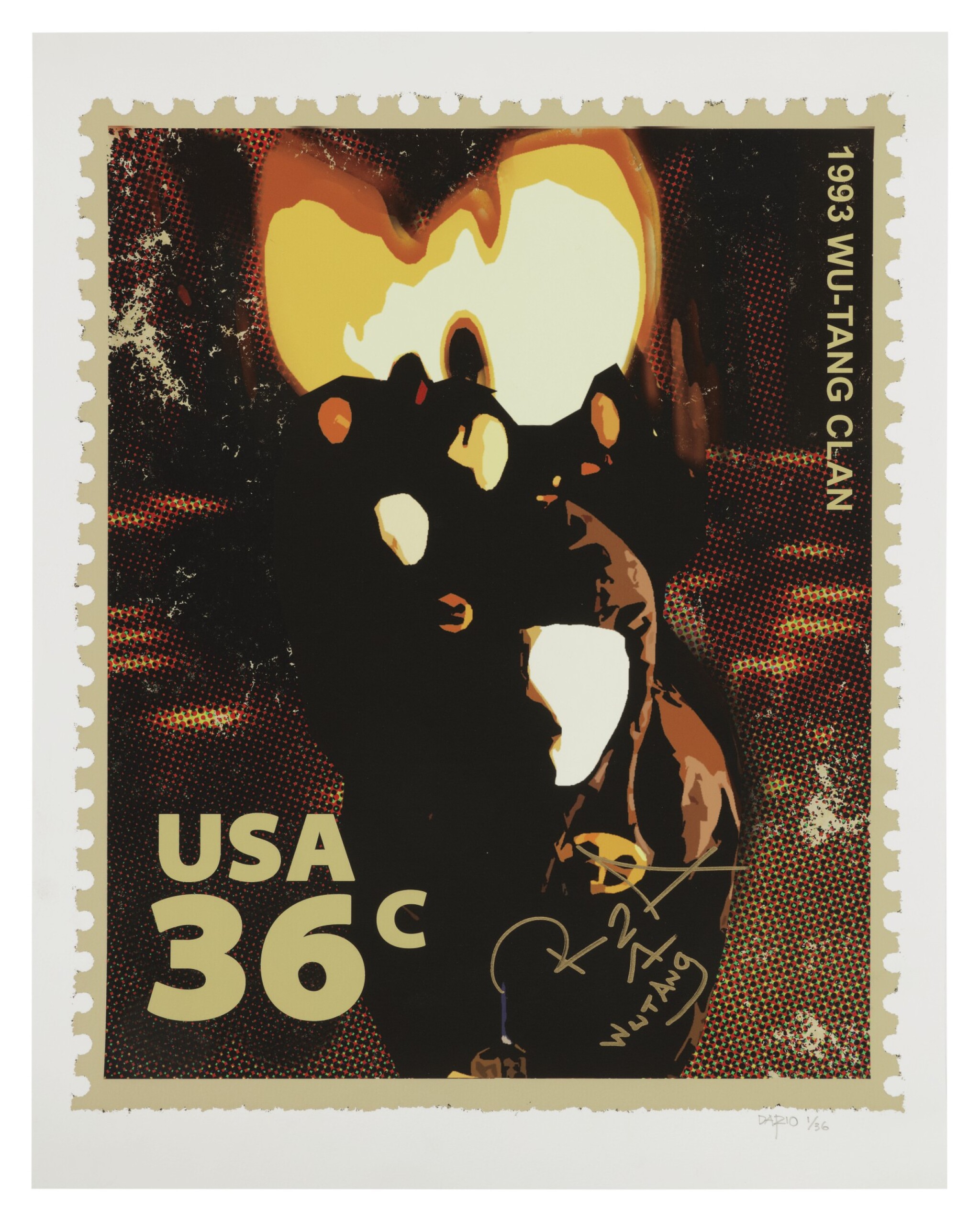 Silkscreen and mixed media on paper, 16 x 20 inches, signed and numbered 1/36 by the artist, and additionally SIGNED AND INSCRIBED IN GOLD: "RZA 4 WU-TANG".

NUMBER 1 OF A LIMITED EDITION OF 36 PRINTS; THE ONLY ONE TO BE SIGNED BY BOTH THE ARTIST AND RZA.

Based on the album cover for the Wu-Tang Clan's debut studio album Enter the Wu-Tang (36 Chambers), print number 1 was given as a gift from the artist to RZA. RZA WILL BE GIVING HALF OF THE SALE PROCEEDS TO THE ARTIST, AND THE OTHER HALF TO THE CHILDREN'S LITERACY SOCIETY.

Dario is an Urban and Pop Art artist with a contemporary style. Despite his rising fame amongst a private clientele of art collectors, Dario has maintained an anonymous identity. He believes his identity will distract viewers from fully absorbing the messages and beliefs behind his art. Anonymous art urges viewers to come up with their own personal evaluation surrounding a piece. Dario, an activist, believes in world peace and equal rights for all humanity. His practice of subverting cultural iconography and appropriation borrows from Andy Warhol, Keith Haring, and a few modern artists. He has been commissioned by some of the biggest names in Hip Hop, Latin Music, and multiple brands. He is possibly known to work out of a studio in Barcelona, New York and Miami.

“After being in the dark for so many years, I want to bring my work to light and make it available for everyone to see, feel, and be touched by my creations”- Dario.