A portion of the consignor's proceeds for this lot will go to benefit the Life Goes On Foundation, and MusiCares 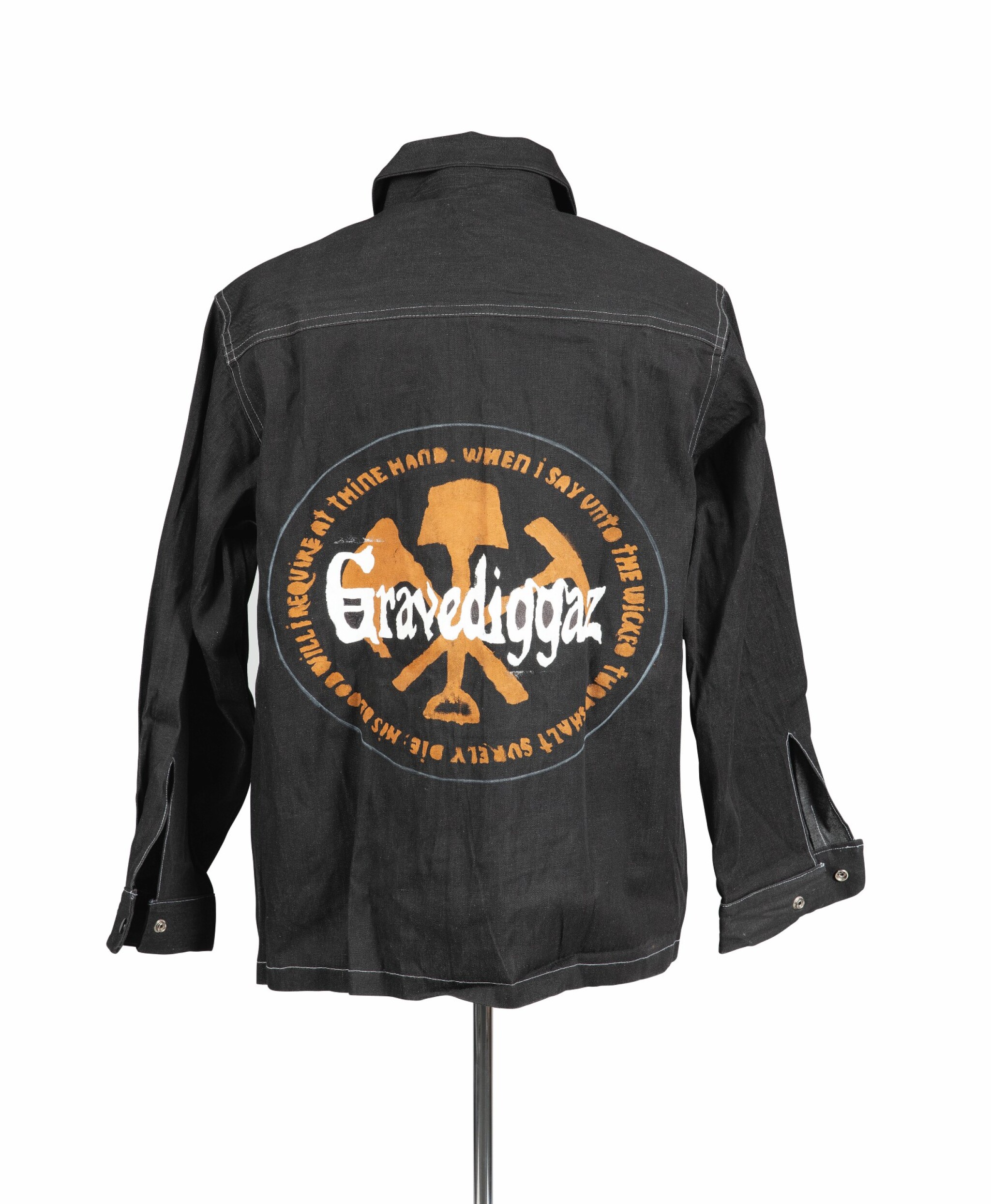 A portion of the consignor's proceeds for this lot will go to benefit the Life Goes On Foundation, and MusiCares

THE BEGINNING OF HORRORCORE

Gravediggaz brought together Prince Paul (The Undertaker), Frukwan (The Gatekeeper), Too Poetic (The Grym Reaper), and The RZA (The RZArector) in a group with a sound like no other; combining elements of gangsta rap, hardcore Hip Hop, and heavy metal, with menacing sounds and dark humour, the group brought about a new sub-genre known as horrorcore.

Prince Paul is a producer, recording artist and DJ who began his career as a DJ for Stetasonic. He has worked on albums for Big Daddy Kane (see related lot 73), MC Lyte, and 3rd Bass, amongst others, but garnered major recognition for his production of De La Soul's album 3 Feet High and Rising. Paul formed the group Gravediggaz with The RZA of the Wu-Tang Clan, Frukwan of Stetsasonic, and Too Poetic of the Brothers Grimm (see related lot 81), before releasing his own solo albums Psychoanalysis; What Is It?, A Prince Among Thieves, and Handsome Boy Modeling School (with Dan the Automator). Paul won a Grammy for his work on Chris Rock's Never Scared album, and he continues to produce and record albums to great acclaim.