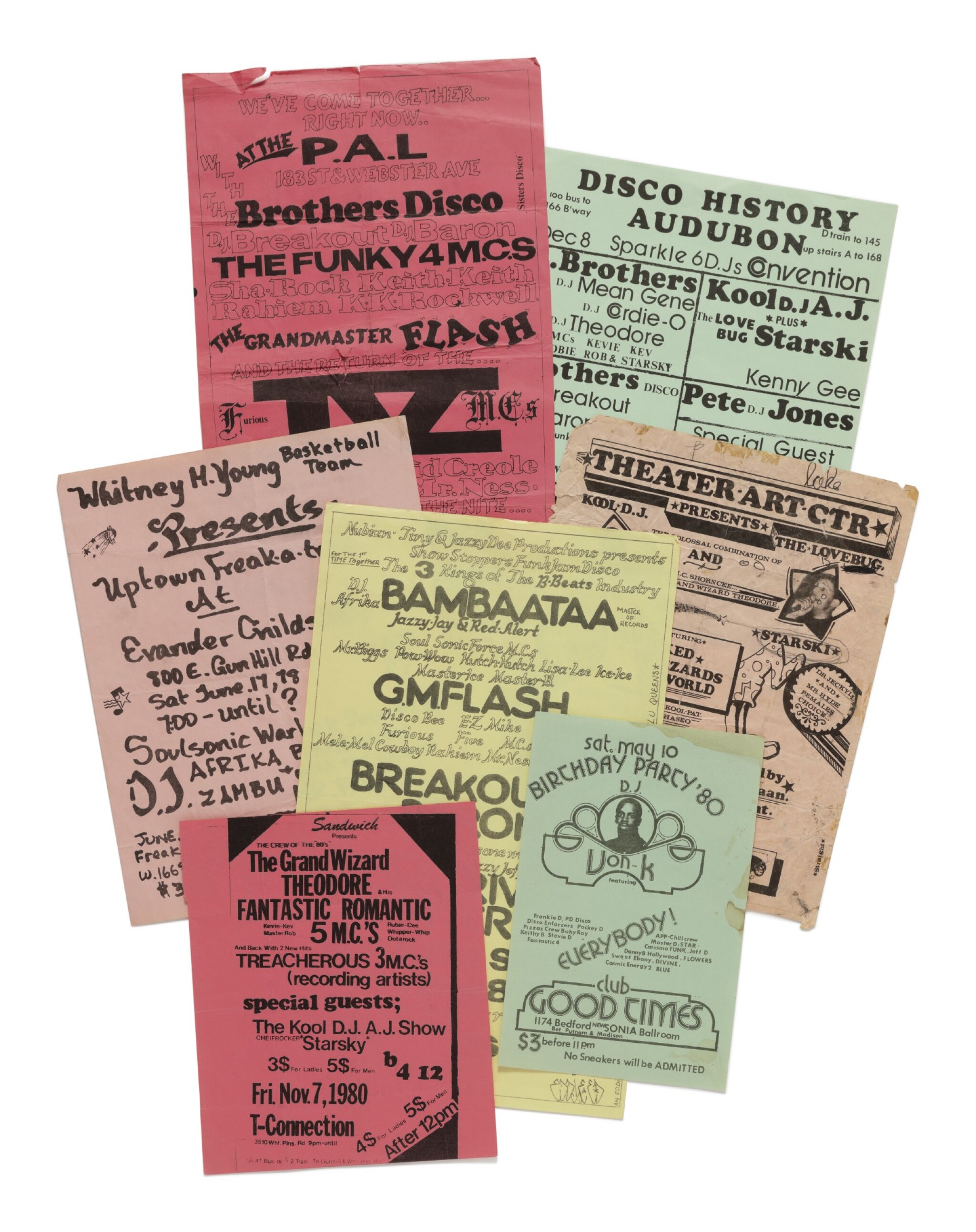 Original paper handbills, ranging in size from 5 1/2 x 8 1/2 in. to 14 x 9 in., on green, yellow, light pink, dark pink, peach, and yellow. One handbill with some staining, creases, and marginal tears (both open and closed) as well as some pen and pencil annotations, a few minor stains and marginal creases/closed tears, couple creased where previously folded.