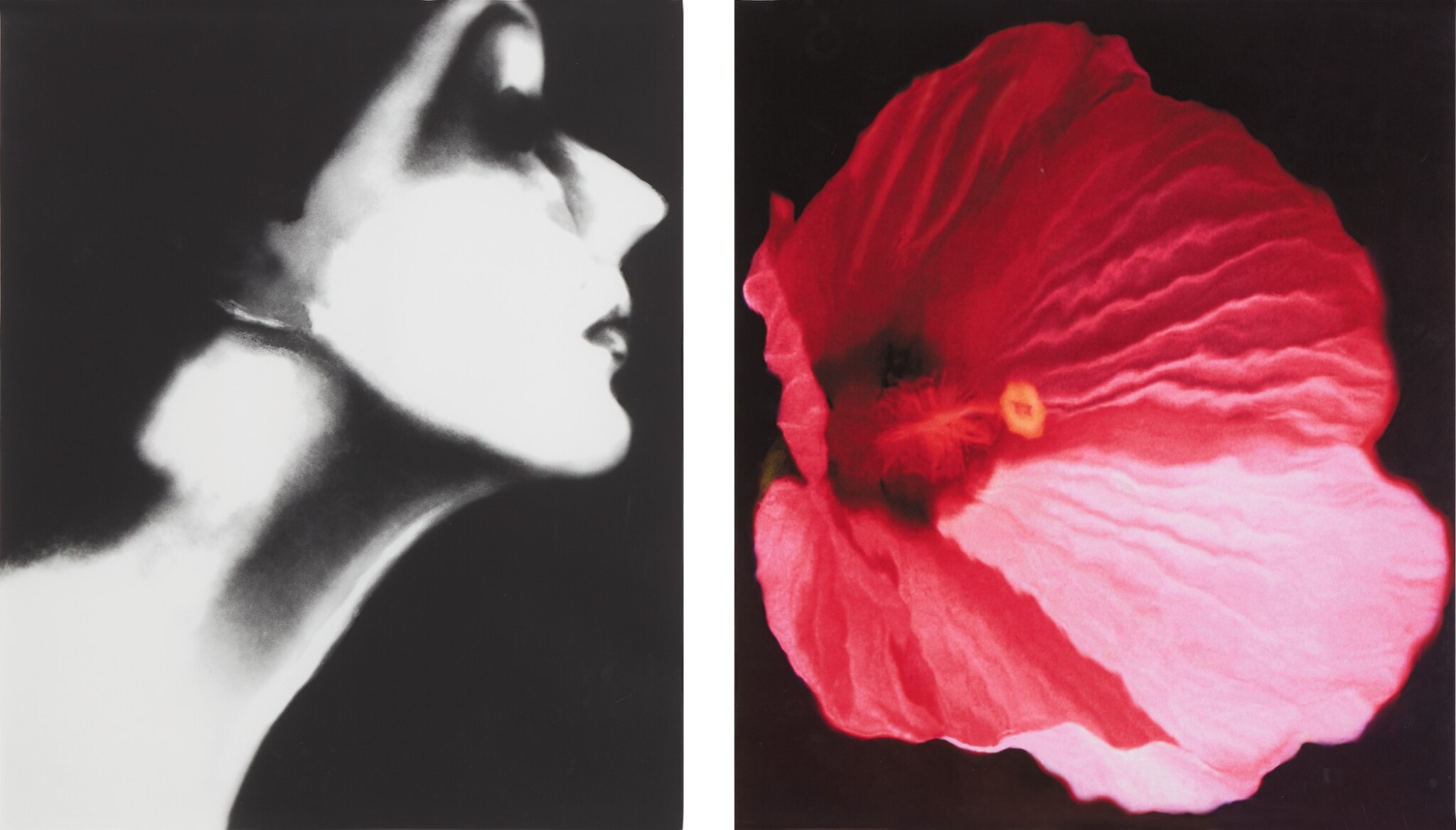 diptych of archival pigment prints, each signed and editioned '3/25' on the reverse, framed together, a Staley-Wise Gallery label on the reverse, circa 1950 and 2006, printed in 2006, no. 3 in an unrealized edition of 25

Please note the colors in the online catalogue illustration may vary depending on screen settings. While this diptych has not been examined out of its frame, it appears to be in generally excellent condition. The colors of the flower are bright and saturated, with no apparent fading.

"Staley-Wise Gallery represented Lillian Bassman from 1997 until her death in 2012 and the gallery opened several solo exhibitions of her work during this time. In the 1990s, Bassman became well-known for reinterpreting her midcentury fashion photographs in the darkroom using bleach, developer, and other photo chemistry to imbue her prints with a graphic, painterly, and mysterious quality. In her 80s, it became less practical for Bassman to print in the darkroom herself but she instead took it upon herself to learn Photoshop and took advantage of digital photography tools to produce her artistic vision. Newly inspired, Bassman also began photographing flower blossoms in her home, sometimes under sheets of glass or under water. In 2006, Staley-Wise Gallery exhibited 6 diptych works which paired Bassman’s fashion images with more recent floral still-lifes. This diptych was the only work to include a color photograph. Although this work is numbered 3/25, these photographs were only printed for the exhibition and to order and we believe that less than 8 examples exist, each signed by the photographer." - George Kocis, Director

Staley-Wise Gallery was founded by Etheleen Staley and Takouhy Wise in 1981, and opened with a solo exhibition of Horst P. Horst photographs at their original gallery space at 111 Wooster Street in SoHo, New York.  Staley-Wise Gallery works with museums, private institutions, and collectors worldwide and continues to exhibit and represent the masters of fashion photography in addition to an extensive collection of Hollywood portraiture, landscape, still-lifes, and nudes.