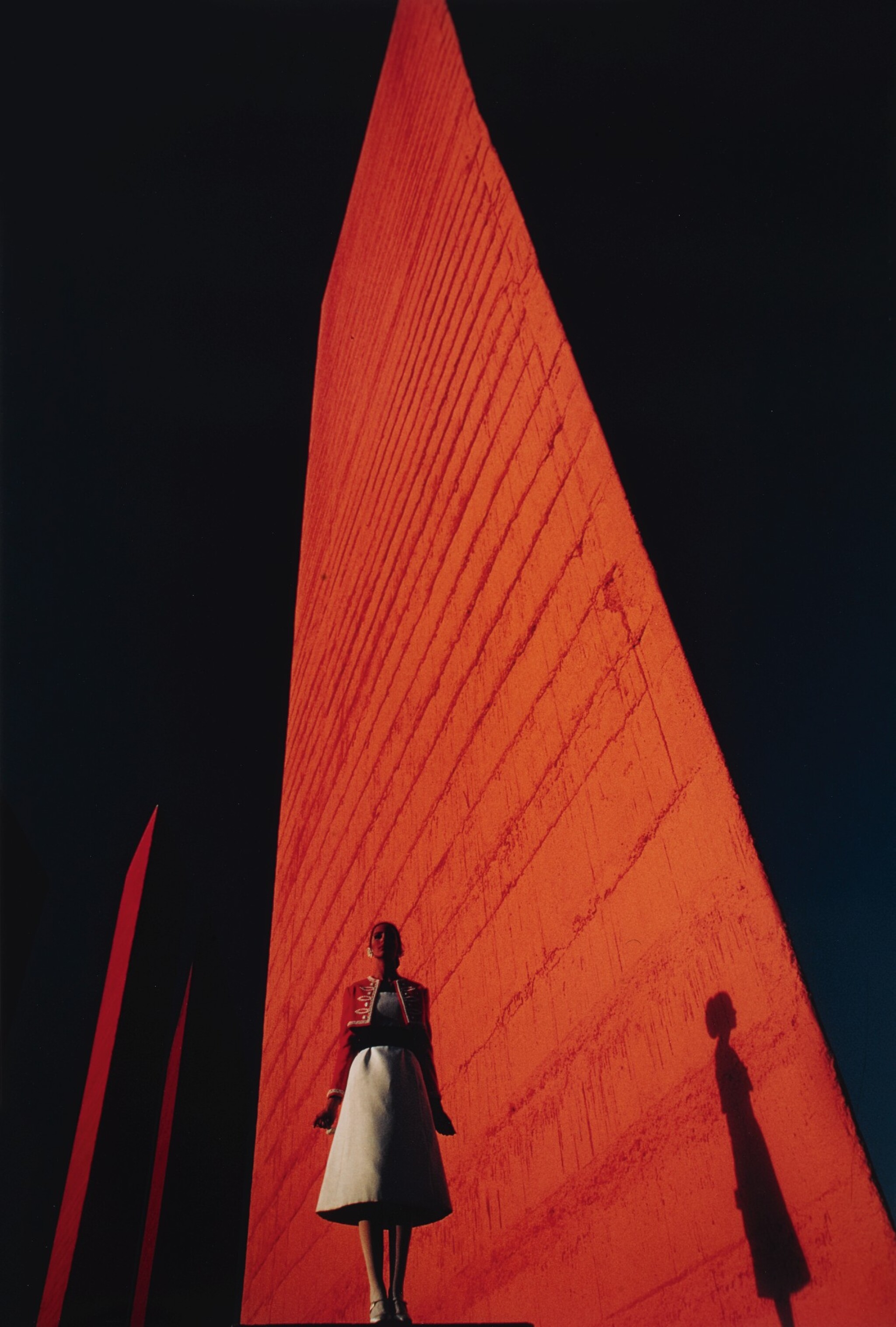 Please note the colors in the online catalogue illustration may vary depending on screen settings. This large-format photograph is in generally excellent condition. The colors are bright and saturated, with no signs of fading. There are hinge remnants along the upper edge on the reverse. 'W507' is written in pencil in an unidentified hand.

The print offered here was selected by curator Paul Martineau for inclusion in his blockbuster exhibition ICONS OF STYLE: A CENTURY OF FASHION PHOTOGRAPHY 1911-2011, which was on view at The J. Paul Getty Museum, Los Angeles, from June through October 2018. Silano’s archive – including his negatives, 35mm Kodachromes, prints, and working files – is housed at the Center for Creative Photography, Tucson.

"William Silano was my neighbor. His studio was at 138 East 27th Street between Lexington & Third Avenues in NYC, above the Off-Broadway theatre Repertorio Español. As a teenager in the 1960s, I had always admired Silano's moody, abstract fashion photographs in the pages of HARPER'S BAZAAR. When I moved to NYC in September 1978 I phoned Silano to ask if he was looking for an assistant. He was not – the editorial world of fashion photography had changed a lot by then, and he was no longer working as much for the American fashion magazines under the new editors and art directors.

Silano had a superb eye. His pictures were compared sometimes to those of the great photographer HIRO, whose own photographs in HARPER’S BAZAAR had inspired Silano. George Silano, the photographer’s brother, told me that Bill's color transparencies were so superb technically that the engravers who printed the issues of HARPER'S BAZAAR didn't need to make any adjustments to the color on press." - Deborah Bell

Deborah Bell Photographs has been a dealer of fine-art photographs since 1988. The gallery offers a broad range of works spanning the history of photography, concentrating on the 20th century, with special emphasis on European photography between the world wars; American photography from the 1940s-1970s; selected fashion photography; and photo-documents of conceptual art and performance. Along with presenting innovative exhibitions and representing living photographers and estates, their goal is to work closely with individuals and institutions in building collections of depth and quality.